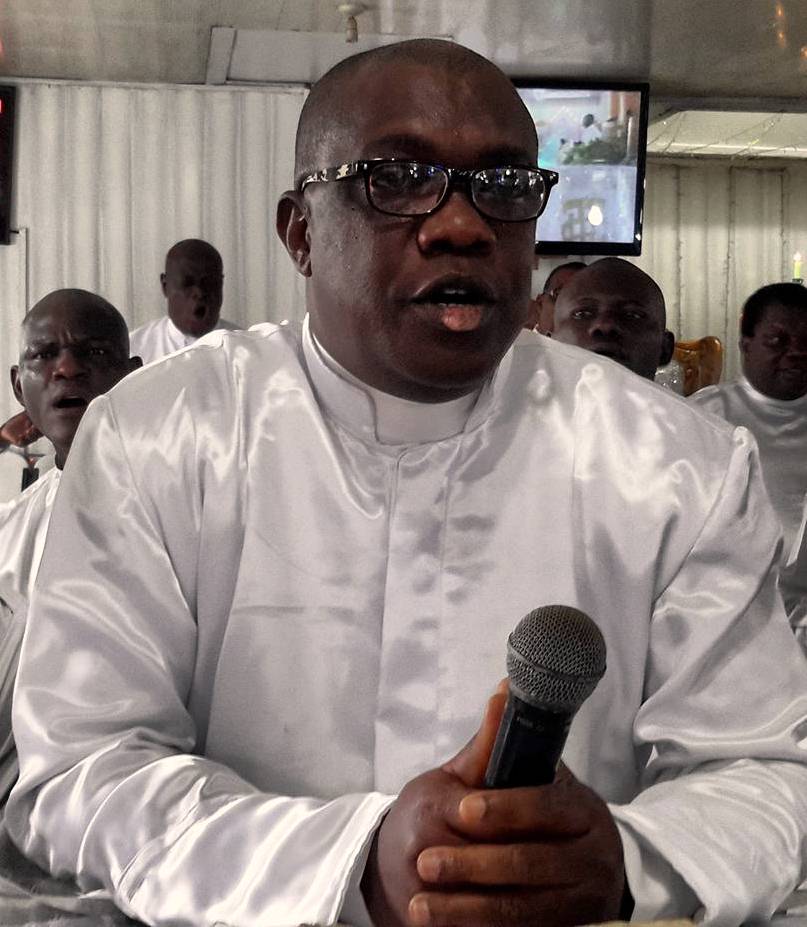 The Celestial Church of Christ has condemned a press statement made by a group, The Celestial Proclaimers, labeling a certain top Board of Trustees members within the CCC fold ‘a tyrant and dictator.

The rejoinder tagged ‘Judas At Work’ and made available to Global Excellence Online and signed by SVMSE Kayode Ajala Jp, chairman, committee on publicity, the press and publications, describes The Celestial Proclaimers’ call on members of CCC to stand up against the said Board of Trustees as ‘alarming,’ while also declaring that the group is “a faceless and unknown group, claiming existence within the larger Celestial Church of Christ.”

Below is the full text of the CCC press statement:

“Initially, it seemed more sensible to simply ignore the defamatory epistle pushed into the media space by the so called Celestial Proclaimers because the tone of the tirade put together by this spin doctors dripped of nothing but malice and a desperate attempt at defamation and character assassination. To make matters worse, the authors of this cocktail of lies, falsehood and misinformation found it convenient to hide behind the toga of anonymity to execute their hatchet job.

If the veil is removed from the face of an anonymous petition writer what you will see is a COWARD in its complete six letters. Why make such damaging allegations against any individual when you are not courageous enough to own up and stand to be counted as the authors? Cowardice and mischief, pure and simple!

However, falsehood if allowed to fester without being checked definitely sounds a death knell for the truth. This informs the sensible decision for this clarification.

The mischievous proclaimers would want the public to believe that the church’s Board of Trustees has been reduced to a one man show. This is not true. The B.O.T has never been more united and rancour free than what obtains now. All active members participate in decision making and implementation.

The B.O.T as presently constituted will not be distracted by the shenanigans of a disgruntled few and would wish to remain focussed on its determination to take the Celestial Church of Christ to the next level. Never in the history of our great church have we recorded such giant strides as we have done in recent times under the supervision of the present Board.

The Celestial Basilica at Imeko, a project abandoned for almost three decades, was completed within a few months. Add this to the fact that the finances of the church have never been so transparently managed as it is being done now, coupled with the progress made so far towards the establishment of the Celestial University, Imeko (C.I.U.I) and you would easily reach the conclusion that the church has never had it so good. The B.O.T blatantly refuses to be distracted!

The allegation that the list of members of the Pastor in Council was compiled by just one member of the B.O.T. is at best laughable. The dissolved Pastor in Council was made up of over two hundred members, most of whom bore the M.P.I.C title as a honourary award and were completely non performing and ineffective as members. A collective decision was thus taken to reduce this unwieldy number to make the Council more efficient.

Hence, a new Pastor in Council with just 82 members was inaugurated. It would interest these detractors to note that a large percentage of the members of the new Council are returning members. Some of them have been members of the Pastor in Council since the days of the late Rev Pastor Founder S.B.J. Oshoffa and the late Rev Pastor Alexander Abiodun Bada. The new members that joined the Council are not up to 10℅ of the total membership. They were duly appointed by the Pastor who is constitutionally to do so. How then can anyone in his right senses allege that a single individual compiled the membership and flooded the Council with his cronies and acolytes?

A quick look at the list of new members of the Pastor in Council would reveal from afar that these individuals had given very good accounts of themselves and proven their mettle in executing different assignments given to them by the church before they were considered for membership of the Council. They were therefore, to say the least, admitted into the Council purely on merit.

The rules guiding the appointment and posting of Shepherds in the Celestial Church of Christ are clearly spelt out. We all know that only the Pastor of the church is authorised to do this. To insinuate that a member of the Board of Trustees has usurped the Pastor’s function in this regard can only be a confirmation that the sponsors and promoters of the Celestial Proclaimers are suffering from selective amnesia. Again, to suggest that the appointment and posting of Shepherds is faulty is to speak against the actions of the Pastor of the Celestial Church of Christ Worldwide, Rev E.M.F. Oshoffa.

We are compelled at this stage to make it clear that this attempt to ‘pull him down’ is borne out of the inordinate ambition of an individual, a so called Senior Prophet of the church who is desperate and inordinately ambitious to build his own private empire within the Celestial Church of Christ. This individual has, to our shock and disappointment and right before our eyes, gradually evolved into a Judas in our midst!

His grouse was that the 70th Anniversary Celebration Committee was dissolved by the Pastor of the CCC after it completed its assignment. It didn’t matter that the committee was renamed and asked to continue with the assignment to renovate the Mercy Land at Makoko National Headquarters of the church. He desired that the committee continue to exist as the 70th Anniversary Celebration Committee two years after completing its assignment for greedy and selfish personal reasons.

It would also interest you to know that this same individual who is labelling a B.O.T member as a ‘rising tyrant’ and accusing same of filling the Pastor in Council with his cronies, actually took a list of 13 names to the Pastor and insisted that they be made members of the newly inaugurated Pastor in Council. Their main qualification being that they served in the 70th Anniversary Celebration Committee. Of course, his request was turned down by the Pastor in his capacity as the Chairman of the Pastor in Council, hence his bitterness and determination to fight back.

You might also find it interesting to note that this same disgruntled element, the Senior Prophet in question, was the 1st Vice Chairman of the Committee responsible for the construction of the Celestial Cathedral at Imeko. A Committee under whose watch the cathedral project remained stagnant for decades with huge funds wantonly misappropriated.

Other petty allegations raised by these anonymous petition writers are certainly not deserving of our response. To respond to them would amount to descending into the valley of the mundane, the myopic and shallow minded. When you wrestle with a pig, you get dirty, the pig gets happy.

May God bless the Celestial Church of Christ, Amen.”