100Days: I Want To Leave A Lasting Legacy In Oshodi – Oloyede
Advertisement 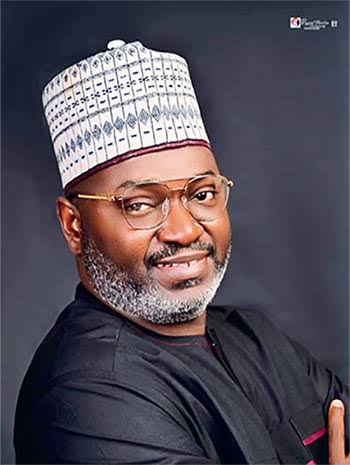 Otunba Kehinde Oloyede, Executive Chairman, Oshodi/ Isolo Local Government, in this interview with, speaks on challenges of governance at the grassroots level. He also shared his aspiration and dream for the people of his council.

Oshodi has been the heart of Lagos economically. What are your plans for the economy and those who are doing business in terms of accessibility given the congestion in Oshodi?

The first thing we need to do is what we are doing, to link the major roads with the local access links. If we do that, invariably, we are improving commerce. Those are the two things we have: transportation and commerce. All other things, we don’t have a lot of companies here that we can get a lot of revenue from. But, if you go inside the heart of the market, there’s a lot of money lying fallow there, but we need to give them what they need, good roads, electricity, before we can now call them that we need them to pay so-so amount of money. I will not go there and tell them to bring money, their hard-earned money because they will believe that even if you pay this money, they will squander the money. But they can see. So, if we engage them, that is okay, we have provided this, we have provided that, we need you to up the IGR that we take from them, they will be willing and glad to give us, without stress. We have the Iyaloja General there. Even some marketers, they’ve approached me, I don’t want to mention her name, that’s what can they do to support us? To give out loans, an individual. She engaged us, what can they do to support the government? To empower people, those that are selling, maybe we give out soft loans of hundred thousand, two hundred thousand, fifty thousand, we never know, fifty thousand can take care of your need. If you give an average woman in Oshodi, they sell sachet water, they sell drinks, it’s iced and what do they need to do that? Less than fifty thousand and they will feed their families. So, these are the things we are doing. So, in order to improve, we need to do our own bit first, before we go back to them for IGR and see how we can make more money. Even the street urchins, we are focusing on them. We want to engage them. We want to rebrand Oshodi. So that when you go anywhere in the world, and you tell them you are from Oshodi, they will know that you are great. Everything is not about hooliganism, national union or so. They are humans. It is what the society made them to be. If there are governments that cater for people like that, nobody wants to be a street urchin, nobody.

What are some of the promises you made during the electioneering campaign and how are you ensuring they are fulfilled ?

During our electioneering campaigns, I promised a lot of people to declare an emergency on our roads and I told them my word is my bond. So, on getting to office, I deemed it fit that we should cater for the people, we should hit the ground. So, I promised 20 roads. Even if we can’t cover the 20 roads, at least, we should be able to cover like 15, which we have done. So, we have awarded contracts for 15 roads and 12 bore-holes. I promised 20 bore-holes. So, we have done 15 roads and 12 bore-holes and we’re renovating the health centers, then there’s a crèche in the local government which we have started also. As you can see, we have a football pitch, a very popular football pitch. A lot of great Nigerian footballers started from there, which is the ‘Jalisco’ football pitch. We have the 3D model which we have given out also. We’re waiting for the contractors to hit the ground. So, I feel we should give back to the society. I don’t have an official car. In order for us to achieve all these, we need to do a lot of sacrifices. I’ve told my team, my vice and the councilors, if you want to come back for a second term, if the APC in Oshodi want to demean PDP politically, we need to touch the lives of people on the streets. That is why I’ve embarked on these roads as projects. And to the glory of God, we’re like 65 percent done before our 100 days in office.

Given demands by people on their elected leaders, how do you intend to balance not offending politicians and at the same time working for the people?

As I told you earlier, personally, I’ve been making a lot of sacrifices. Mostly, if people come in, they renovate their offices and they buy new cars for themselves. I told my vice, I told my councilors, we need to sacrifice. But, to the glory of God, God has blessed us with Alhaji Musiliu Akinsanya. He has been the stability bridge between me and the leaders. In actual fact, I’ve not reached out to them. You know people are in politics to put us there to work for the people and what they can benefit us, be it through empowerment, be it through appointment, or what have you. But, on the home front, which is the political class, he (Akinsanya) has been able to douse tension. He has been doing a lot on my behalf.

In a nutshell, what is the Oshodi of your dream?

One, a safe one, a rebranded one that I can be proud of, that my kids can be proud of that I’m from Oshodi, an Oshodi that is successful, economic wise. Where people that you think cannot make it, can make it. Where people that have nobody would be somebody. We have a lot of things here . So, that is what my dream is all about. That is what I want to be remembered for. I want people to challenge me. If I up the game, I want somebody somewhere looking at what I’m doing right now and say okay, I want to do more, I want to be better than he can do, in three months, I want to build fifty roads, God-willing. If we put our hearts to it, it can be done. But you know the norms, it is strange for people when you come in and you say you want to work. People will be like you’re over-stretching them. So, that is the legacy basically that I want to leave behind. I want people to think about me and be like; thank God He presented this person to serve Oshodi.