2023: On a Rescue Mission  By Akinwale Kasali
Advertisement 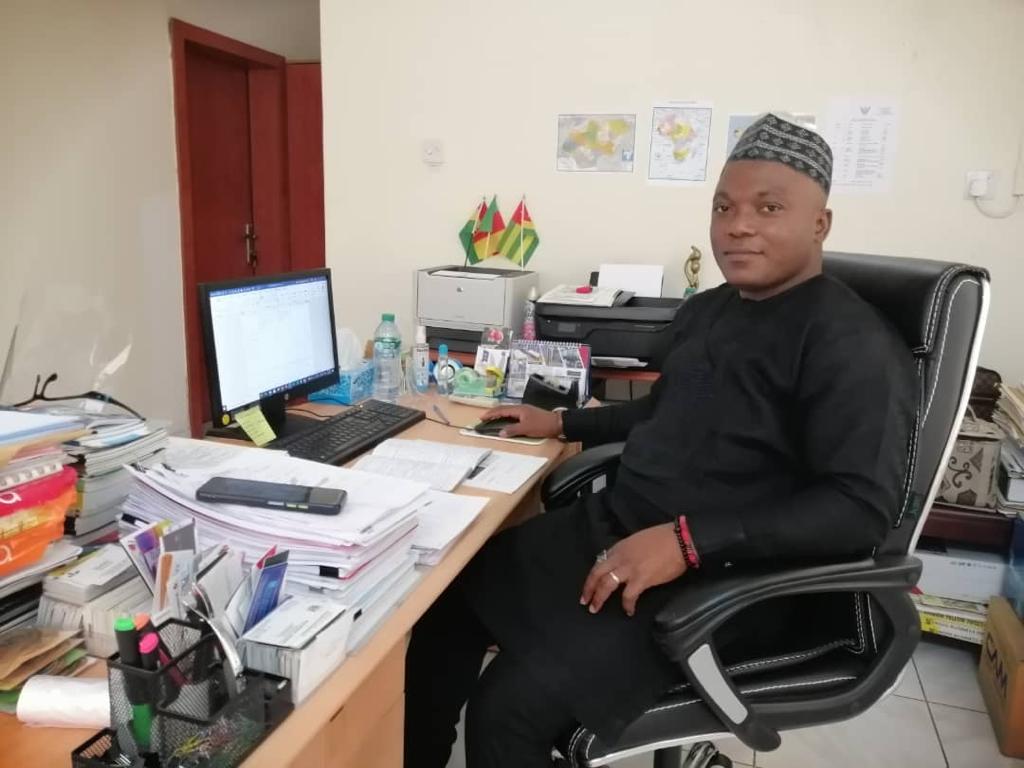 Since the transition from Military rule to Democratic dispensation, the nation has witnessed 23 Years of uninterrupted democratic rule.

In what has become a culture in the most populous black nation in the world, every four years, electorates go to the polls to cast their votes for various persons seeking elective political positions, with the sole aim of having a better and secured future; enjoying the dividends of democracy; with basic amenities in place.

Sadly, 23 Years down the line, the nation is still plagued with plethora of problems, that has seen its citizens languishing in poverty and penury, with the commonwealth of the people embezzled and siphoned by those saddled with the responsibility of bringing a positive change to the nation and its people at large.

The Economic situation of the nation had worsened, as insecurity, unemployment, poor educational sector, corruption, hunger and other vices has become a menace in the country.

Successive governments in the fledgling democratic rule of the country have come up with different agendas that has further impoverished the citizenry.

In what can be termed a recycled rulership pattern has been the norm in our political history, as those that has ruled in the tyrannical regime of the military dictator have found themselves in the saddle as civilian President, yet, the situation of the nation keeps worsening.

This backdrop has forced the Youths to upp the ante in its quest for a wind of change to emerge, by changing the narratives.

The urgent need for the nation to be rescued from the shackles of impoverishment, unemployment, insecurity, economic hardship has prompted a vibrant, courageous, dynamic, visionary, youthful, dogged, proactive and honest individual, in person of John .A. Aderibigbe, to take up the mantle to serve and rescue the nation from its dwindling fortune, that has made it a sleeping giant among the comity of nations.

Born over Four decades ago to a humble family in the North Central Geopolitical Zone of Kwara State.

Like his peers, he had a vision of making a positive impact in the society and positively affecting the lives of the populace.

He had his first Degree in Accounting at the Akwa Ibom State Polytechnic, before moving ahead to acquire more knowledge at the South America University where he bagged a Post Graduate Diploma in Business Administration.

In his quest to acquire more knowledge, he returned to the South America University for his Second Degree in Business Administration.

He is a member of the Chartered Institute of Finance Control (Associate).

Aderibigbe is a Professional Auditor, whose quest for global growth through innovative and creative mindset has propelled him to have garnered an outstanding entrepreneurship advancement.

He is the the Chief Executive Officer and Founder of Johnny Walker and Tours Limited, and also has a chain of businesses around the world that has distinguished him as a viable, trusted and tested individual that has made his Mark in the sands of time.

He is also the National President of Carrot Growers, Processors and Marketers associations of Nigerians, NACAGPROMAN and played a significant role in the first of its kind Rice Pyramid in Africa recently commissioned by President Muhammadu Buhari as a major partner and a force to reckon with in the Rice Farmers Association, RIFAN.

In broadening his horizon and having a taste of Working with Government Agency, he served as an Internal Auditor for the Nigerian Airspace Management Agency, NAMA, Headquarters, where he was exceptional and stood tall and distinguished himself with his selfless and outstanding service to the agency, and left the saddle to pursue his dream.

He also worked with the Nigerian Defense as a Civilian Staff and served in Arakan Barack Apapa as well as Army day school Mile 2 Apapa as an Administrative Staff.

Aderibigbe’s passion to salvage the nation from the shackles of poverty, making Agricultural products and staple foods at reach for the masses brought to for him becoming a National Management Consultant to Wheat Farmers association of Nigeria, WFAN; Management Technical Consultant and Special Adviser to Nigeria Soyabeans Association of NSA.

Perturbed by the level of insecurity in the nation and been a Peace Builder and Conflict Resolution Expert, he was made a Peace Ambassador to the United Nations in which he championed the cause for a Peaceful coexistence among Nigerians irrespective of tribe, culture, religion and values.

His humanitarian prowess led to the establishment of IFKO Foundation, saddled with the responsibility of supporting the less privilege. This could be said to be his own quota to the society in form of a Corporate Social Responsibility, CSR, as a Nigerian.

Been an entrepreneur par excellence, Aderibigbe is also the Managing Director and Chief Executive Officer of Enlighten Africa and Co Founder of All Trade Global Connection.

Noticing that Real Estate Business was the new fad, he decided to join the trend and expand his chain of business.

He partnered with His Imperial Majesty, Ooni of Ife, Enitan Adeyeye as it birthed Osun Global Industry, where the revered Monarch is a Shareholder. He also owns P&W Real Estate and Chaichana Nigeria Limited, an Afro-Chemical in affiliation with the Thailand Government.

The Kwara State born Personalty for the past 13 Years have been a Partner to the Commercial Department of Thailand Embassy Trade Office, Abuja, and also identifies with Youth within age range of 21-35 Years graduates and undergraduates by empowering and mentoring them, and integrating them into the Aviation Sector, Manufacturing Sector, US Marine and its likes.

It would be recalled that in 2019, Aderibigbe was made the Head of Mission to Thailand, with the captains of industry gracing the occasion held in Bangkok, Thailand.

The Bank of Industry, BOI, NEXIM bank Nigeria, we’re major participants in the Thailand-Nigeria Trade forum, in which over 60 Business moguls build a bilateral relationship for business growth and development between both countries.

Following the need for a wind of change and the need for the nation to be rescued from the plethora of problems it is facing, Aderibigbe has decided to throw his hat in the 2023 Presidential Race, with the sole aim of changing the narratives and bringing into play the development and advancement witnessed by developed countries around the world where democracy has thrived with the citizens enjoying the dividend of democracy where the ‘unclassified’ are giving a sense of belonging.

This is at a time the Youths are yearning to take over the saddle from older generations whose impact in governance hasn’t been felt to the letter, but have in their own little way impacted the nation, with the call for a vibrant Youth who is passionate and can bring into play the United Nation’s Democratic template where development and democratic sustainability is germane.

This has however brought to fore the urgent need for the nation to experience a New Lease of Life in all aspect.

The Enigma called Aderibigbe.A. John, who is Vice President Amazie world Thailand and the President, Amazie Africa International Co Ltd reflects the quality of honesty, integrity, courage, self-awareness, wholeheartedness, educated, enlightened, dependable, lovable, Godly, highly intellectual youth & most importantly, a very humble personality, which can be attributed to the quality of training he got & the fountain of wisdom he has drawn much of his knowledge from, he has been around the political spheres for a long while.

We can’t keep doing the same thing and expect a different result goes a Maxim.

This basically shows that in drumming for a wind of change and for an individual like Aderibigbe to rescue the nation, there is need for all and sundry to queue behind this colossus that is on a mission to improve the lives of Nigerians and bring to reality the developmental growth the people has always yawned for.

It is time to rally round this vibrant Youth for the nation to witness the desired change and upliftment it has always dreamed of.

Related Topics:2023
Up Next