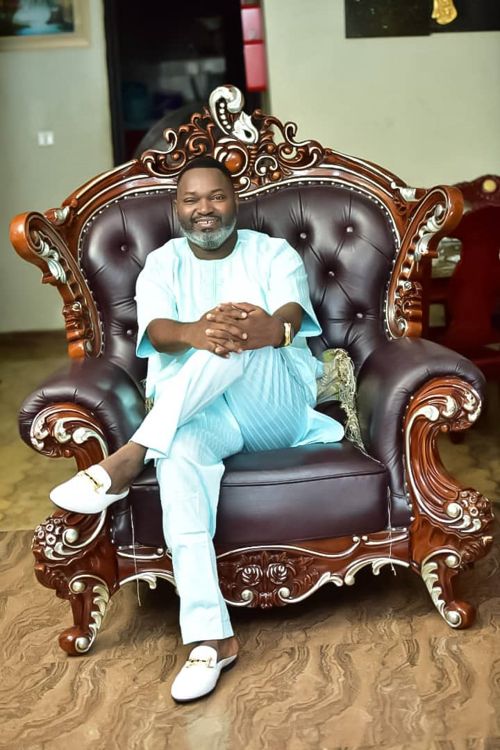 It’s a statement of fact that governance is about the people, those in authority are chosen for the good of the people, so the people of Oshodi have not made the wrong choice on the sunny Saturday of July 24, 2021, when they unanimously elected a property consultant and developer, Otunba Kehinde Almaroof Oloyede as the chairman of Oshodi-Isolo local government.

The election of that day was adjudged by observers as one of the fairest and most peaceful elections in the history of Oshodi. No doubt, several key actors in the political developments of the local government heave a sigh of relief, as the local government automatically returned to the fold of progressives.

During the electioneering campaign, Otunba Oloyede has made it known that he sought the office of the chairman, not for personal enrichment but for the good of the people.

On assumption of office, he rolled out fantastic, realizable and impactful projects to be executed in his first hundred days in office, unfortunately, many naysayers felt it was another political gimmick from the normal politician.

But to the consternation of all, immediately he was sworn in as Chairman, the council boss reiterated his promise and also swung into action by awarding to competent contractors some roads in the local government.

Akinniku, Onikewunla,Oronna link, Dosunmu, Iretioluwa, Suwebatu and Ogunlaja were awarded. Presently, some are completed with paving stones, while others are with asphalt.

As the road construction was ongoing, borehole drilling across all the wards was also being executed by the executive chairman, who has been rechristened ‘Mr Project, Talk and Do, Go Oshodi’ and many sobriquets given him by the appreciative people of Oshodi.

Barely three days on the assumption of office, the milk of kindness in him was displayed as he distributed over one hundred General Certificate of Education (GCE) forms to brilliant but indigent students in the council area, the widows were not left out and they equally got financial support for their businesses from him. The elderly and vulnerable were provided food packs that can last 2 months by the amiable chairman, who disclosed on the day that, our elders must be taken care of, after using their youthful lives, working for the people.

In order to encourage the staff, two staff buses have been purchased for efficiency and effectiveness of the council workers, while two Ambulances have also been ordered, to ensure prompt response to critical situations in the local government.

To even display his commitment to youth empowerment,he has ordered that those youth and women trained be empowered with the necessary working tools.

It’s no gainsaying that Oshodi-Isolo has not had it so good like this, a passionate man at the helms of affairs with human kindness flowing in him.

Salute to a legend, an astute administrator and a reliable public servant as he journeys to his one hundred days of remarkable exploits in the local government.