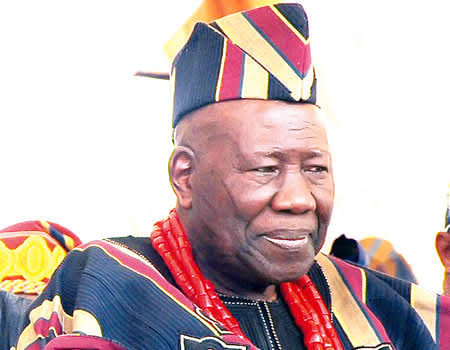 The Agbaoye of Ibadan Land, Chief Orikolade Karim commiserates with the government of Oyo state, Family of Olubadan, Sons and Daughters of Ibadan.

Land home and abroad on the loss of our first-class monarch and 41st Olubadan Oba Saliu Akanmu Adetunji Aje Ogunguniso 1 who became king 4th march, 2016 and joined his ancestors in the early hours of today 2nd  January, 2022.

Chief Orikolade Karim in a press release described the news as although shocking and unfortunate amidst new year celebrations, it is a reflection of the ephemeral nature of life. In his words ‘’Dear Olubadan in Council, Olubadan family, Oyo State Traditional Rulers Council, Ibadan sons and daughters, and government of Oyo state, It is with heavy heart and sobriety that I commiserate with you on the transition of our revered and astute King who left us to join the ancestors today. It is though painful and shocking to us as all in the traditional institution but I urge you all to find solace in the exemplary and selfless nature of Baba’s  living for over nine decades and reign for six years Baba’s immediate and long term goal has always been Ibadan first and putting the city on a significant global ranking.

Chief Karim continues, Baba’s  reign has brought significant and unimaginable progress to Ibadan land in the last six years and even though we yearn for more days, years and decades, life is ephemeral and Baba’s  legacies are enough reference for succour”.

My deep condolences go to the immediate family of the transited monarch (Olori, children and grandchildren), the Olubadan-in-Council, all Ibadan indigenes home and abroad as well as the Oyo State government and traditional rulers council. I hereby pray to Allah SWA to repose Baba beautiful soul in Aljannah Firdaous as we commence final rites and proceed with burial arrangements. Verily, our dead are not dead to us until we forget them” and Baba will never be forgotten.

How Primate Ayodele Predicted Death Of Olubadan In His 2022 Prophecies