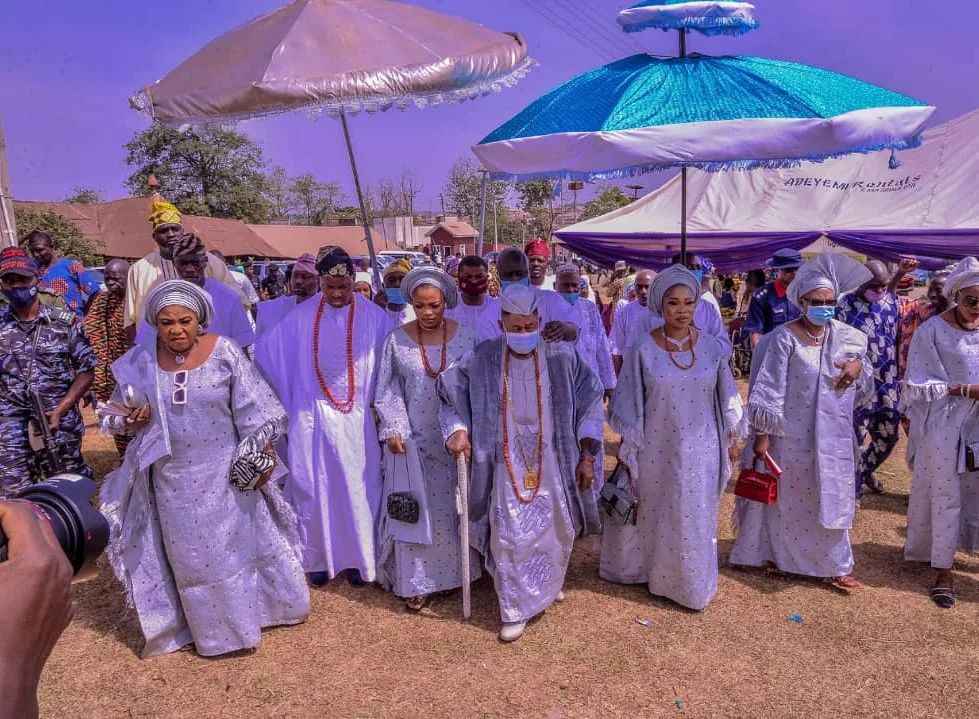 The Alaafin of Oyo, Oba Lamidi Adeyemi has shown that he is still fit at the age of 83 after he was seen with some of his Oloris dancing to the sound of music to celebrate his 51st coronation anniversary, The monarch celebrated his reign on the throne over the weekend. He was joined by his Oloris, family members, and wellwishers at the coronation anniversary party.