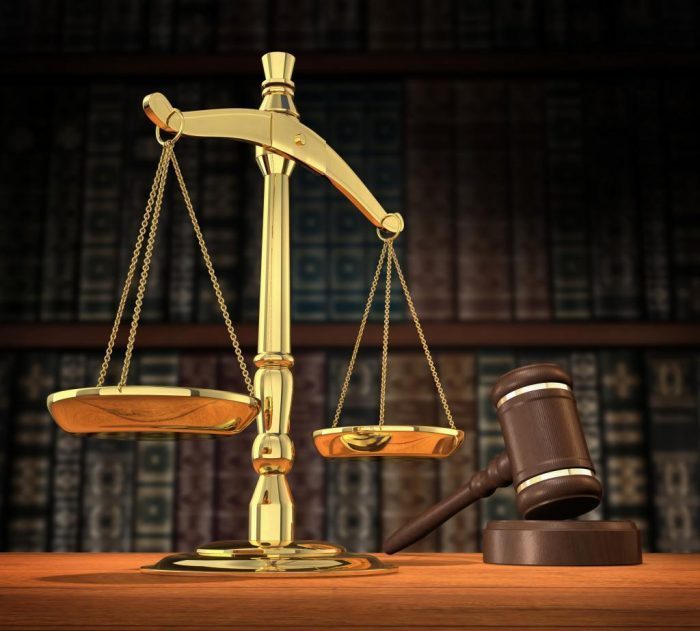 The Supreme Court of Nigeria has demolished and dismissed the Governor of Rivers State, Nyesom Wike ‘s probe panel white paper report that indicted his predecessor Rt. Hon. Chibuike Rotimi Amaechi of alleged fraud in several government financial transactions while he(Amaechi) was governor. The apex court judgment ends the contention and controversy over Amaechi’s alleged criminal indictment by Wike’s probe commission, in favour of Amaechi, the leading Presidential aspirant of the All Progressives Congress (APC).

The apex court in its ruling on the matter described Wike’s Judicial Commission of Inquiry’s work as a mere report that is “not enforceable” in law, with absolutely “no legal force.” The Supreme Court went further to rule that Wike’s Commission clearly had “no judicial powers or power to adjudicate”; ruling categorically that the Commission’s probe is “not a civil or criminal trial” of Amaechi or anyone else, and that “its findings (whatever it is) is not a conviction(of Amaechi or anyone else) but a mere investigation.” The apex court also pronounced that Wike’s commission “is not a criminal investigation agency such as EFCC, ICPC and the Police”, which further diminishes and demolishes the value of the work of the probe panel.

All these details are contained in the detailed written 75-page judgment of the apex court in its ruling on the appeal filed by Amaechi against Wike and nine others on the Wike’s Judicial Commission of Inquiry’s probe. The detailed written judgment of the 7-man Supreme Court panel dated May, 27, 2022 was delivered and signed by Justice Emmanuel Akomaye Agim, in the appeal marked SC/911/2017. Other Justices in the panel are Olukayode Ariwoola, Amina Adamu Augie, Uwani Musa Abba Aji, Mohammed Garba Lawal, Abdu Aboki and Adamu Jauro.

In the written judgment, the Supreme ruled that, “a Commission of inquiry is a fact finding or information seeking body. It is not an adjudicatory body and so does not try or determine disputes as to any rights or obligations of liabilities. The purpose of the(Commission’s) investigation is to find out the facts or gather facts on the subject matter of inquiry. In doing so, it is not trying any person for the commission of any misconduct or crime. It does not engage in the trial of any person for anything. It merely gathers facts on the subject of the inquiry.”

“Even if it (the commission) makes findings of facts that are adverse to a person(Amaechi), such adverse findings do not amount to a conviction for an offence or determination of his right and obligation. They remain mere finding of facts on the basis of which it would make recommendations to the appointing authority who may accept or reject them. If it rejects them, the matter ends there. If it accepts them and decides to take necessary action on the accepted recommendation, the white paper accepting the recommendation can be challenged in court.”

However, the apex court also rule that, “the accepted recommendations (of the Commission) are not enforceable like a court decision. So a Commission of Inquiry is not a court. It is not a criminal investigation agency such as EFCC, ICPC and Police.”

“The designation of the commission of inquiry set up as a Judicial Commission of Inquiry and the fact it was headed by a serving or retired Judicial Officer cannot invest it with judicial powers or character and did not change its nature as a fact finding or information seeking body with no power to adjudicate, or in any manner determine any rights or obligations or try any person for the commission of a crime. It is not a civil or criminal trial. The purely fact finding function of a commission of inquiry is what defines its nature and character as an administrative investigation and a non judicial body.”

“It is also our very view and we hold that the 3rd respondent(the Judicial Commission of Inquiry) is a fact finding and an investigative body. Generally, a body exercising powers which are merely investigative in character and which do not have any legal force… The description of such body as a judicial commission of inquiry does not change its character from being a fact finding body.”

With this judgment, the Supreme Court has clearly vindicated Amaechi and cleared him of all purported or alleged indictment by the Governor Wike’s Commission.

From the onset, it was obvious to any discerning mind that the Commission was set up to embarrass, denigrate and humiliate Amaechi. The apex court judgment further buttressed this stance. A Commission purportedly set up to investigate past financial transactions was actually a Commission to personally witch-hunt Amaechi.