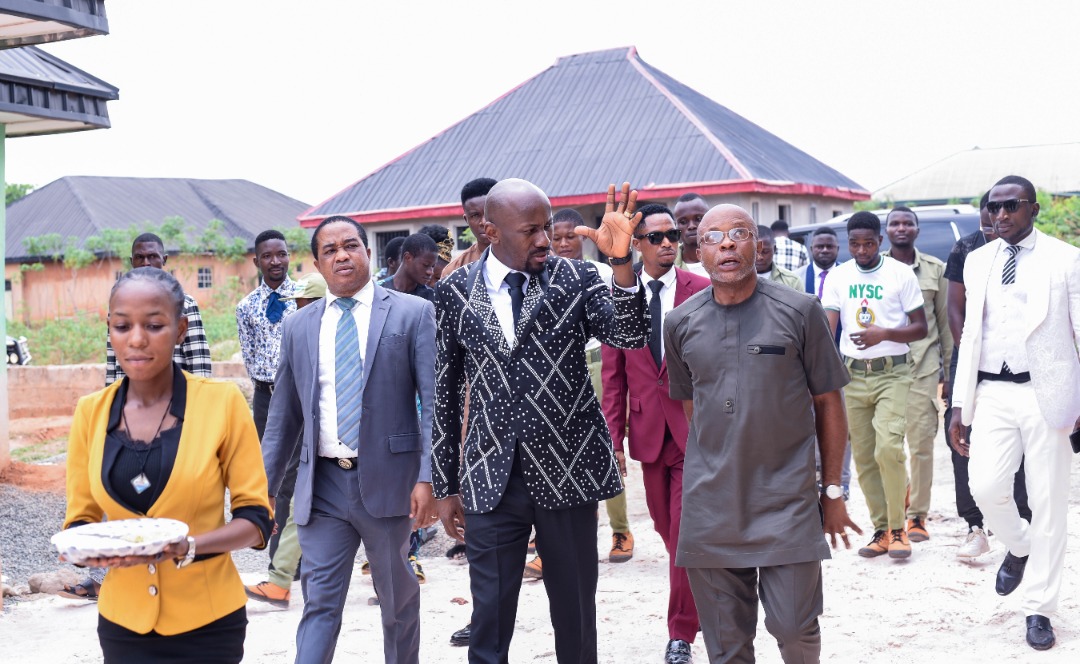 Famous man of God, Apostle Johnson Suleman, has once again exhibited his gift for improving the lives of others by building, and donating a 7-apartment lodge, for members of the National Youth Service Corps (NYSC) in Edo State. The building of the apartment blocks, we gathered, was jointly funded by Apostle Suleman and his wife, Reverend (Mrs.) Lizzy Suleman.

While speaking at the handover ceremony of the blocks on Tuesday, March 29, 2022, the ‘Restoration Apostle’ declared that he and his wife mooted the idea to ease the accommodation challenges most corps members were facing, reiterating that giving is, to him, a privilege that comes with a sense of duty.

“Donating to causes that one cares about does not only benefit the recipients, it can be deeply rewarding for the giver too, because of the fact that the gestures have positive effects on people’s lives,” noted the servant of God who is currently in Maryland, United States on a soul-winning crusade.

Apostle Suleman who is the senior pastor and founder of the Omega Fire Ministries (OFM) has continued to impact lives positively through preaching and worship as well as donating charitably. He says he, particularly, loves giving to charity on a regular basis because he wants to make a difference and have a lasting, positive impact on others which can make them feel happier and more fulfilled.

UPS Partners with Jumia to Expand its Logistics Services in Africa