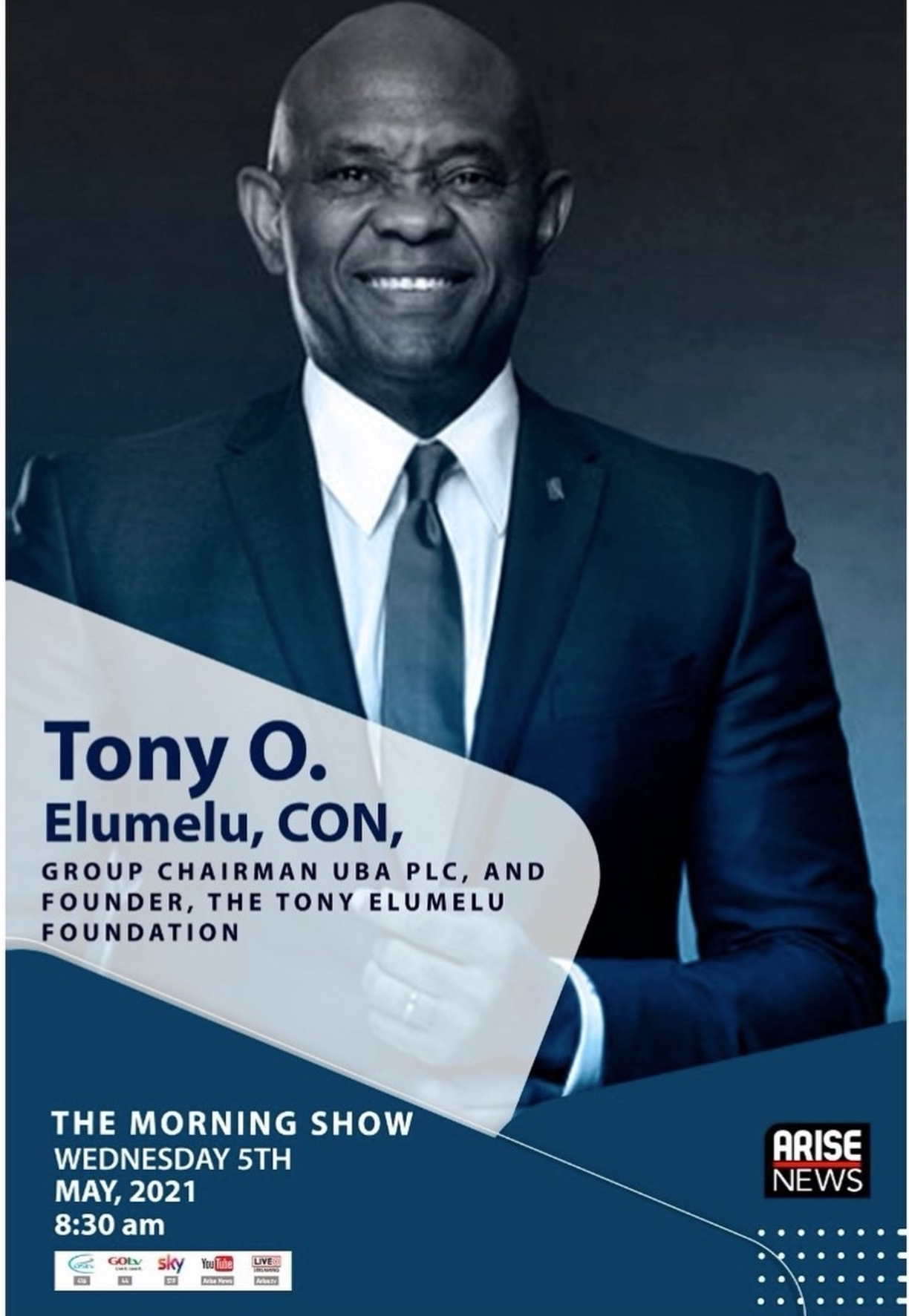 …To Speak on The Economy and Investments; Africa’s Development, Entrepreneurship, Others

The Group Chairman, United Bank for Africa (UBA) Plc, and Founder, The Tony Elumelu Foundation, Mr. Tony O. Elumelu, CON, will on Wednesday May 5, 2021, be a guest on ARISE News, a 24 hour international television news channel.

Elumelu is one of Africa’s leading philanthropists and entrepreneurs.

Elumelu, who is also the Chairman of Heirs Holdings, a family owned investment company committed to improving lives and transforming Africa by investing in Africa’s most strategic sectors, will be speaking on a wide range of topics such as  economy, Africa economic development, philanthropy, entrepreneurship  among others.

The hour-long live broadcast which will be aired at 8.30am during The Morning Show, a primetime breakfast magazine programme, will be anchored by Reuben Abati, a former presidential spokesman and award winning columnist.

Elumelu is the Chairman of pan-African financial services group, the United Bank for Africa (UBA), which operates in 20 countries across Africa, the United Kingdom, France, and is the only African bank with a commercial deposit taking presence in the United States.

He also chairs Nigeria’s largest quoted conglomerate, Transcorp whose subsidiaries include Transcorp Power, one of the leading producers of electricity in Nigeria and Transcorp Hotels Plc, Nigeria’s foremost hospitality brand.

Elumelu is the most prominent champion of entrepreneurship in Africa.  In 2010, he created The Tony Elumelu Foundation (TEF), the pan-African philanthropy empowering a new generation of African entrepreneurs, catalysing economic growth, driving poverty eradication and driving job creation across all 54 African countries.

UBA Wins ‘Bank of the Year’ at Independent Newspapers Awards