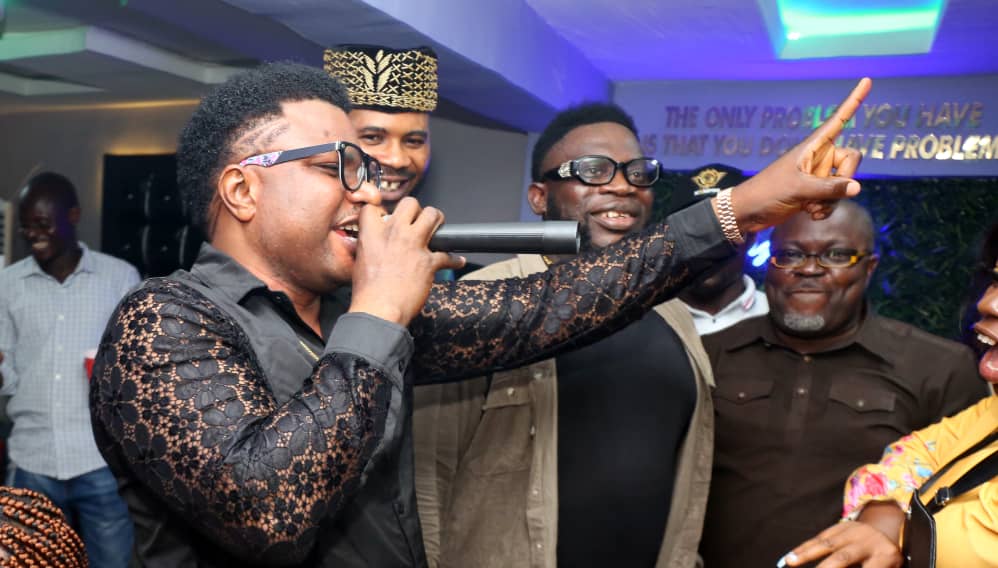 The mansion called, ‘Icempire‘ with swimming pool, lounge , game house and lots of leisure items located at 212 Olaniyi Street, Abule Egba, Lagos witnessed celebrities in the entertainment, society who have been rocking the game for at least a decade.

The major highlight of the day witnessed Ice K and his long time friend, Adegbite Adeniran (Adex) coming together to perform at the event. Though, it was in the news that both parted ways for almost seven years due to irreconcilable issues.

The Abule Lawa fame , Artquake dazzled together . They performed Alanta and Gyration as well.

“If your friend is celebrating big success, you have to support him. I’m very happy for Ice K. I can say boldly that he is my brother. This is a big achievement for all of us. I’m proud of him, Otunba K said while talking to press at the event.

The celebrant, Ice K later appreciated friends, associates and family that made the event a success.

”What more can i say? I want to appreciate everyone here. I thank my colleagues in the entertainment industry that came out to support me despite short notice. May God bless you”, Ice K concluded.