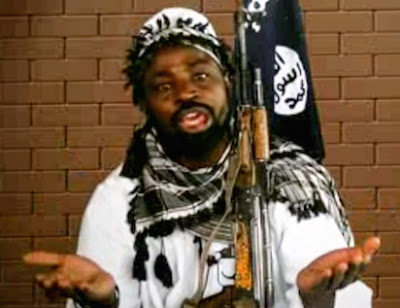 Boko Haram leader, Abubakar Shekau, has reacted to the message by Borno Governor, Babagana Zulum, to sect leaders and members.

Zulum recently urged them to turn away from their violent ways, embrace peace and return to normal life.

On Sunday evening, Ahmad Salkida, a journalist renowned for his closeness to the sect, disclosed that Shekau has turned down the advice.

Tweeting via his handle, @A_Salkida, the conflict and terrorism reporter wrote: “Shekau, in a recorded audio in Kanuri and Hausa declined the governor’s olive branch.

“In a calm tone, uncharacteristic of Shekau, he said the war was just starting. He vowed that his group was not ready to give up arms, chiding the governor for ‘misinterpreting’ a verse.

“According to Shekau: His members that want to leave, “know that is about Allah, it is not about any human being.”

“Informed analysts consider the exchange a good sign and have urged the governor not to relent in engaging the insurgents at all necessary levels.”

Over the last decade, the conflict has claimed the lives of some 27,000 civilians and devastated entire communities, villages and towns across the three most-affected states.

Nigeria’s humanitarian crisis remains among one of the most severe in the world with 7.1 million people in need of life-saving assistance and 1.8 million people uprooted from their homes – the vast majority of them women and children.

“The crisis that started ten years ago is still far from over,” Edward Kallon, United Nations Humanitarian Coordinator in Nigeria, said recently.

“We are here today to remember those who have lost their lives in the conflict, and to remind of those still struggling to survive and rebuild their lives.

“Ten years on, it is not the time for us to spare any effort. In this very critical period, we must collectively redouble efforts, with support at all levels – locally, nationally and internationally.”

After God, Goodluck Jonathan is next – Bauchi governor, Bala Mohammed