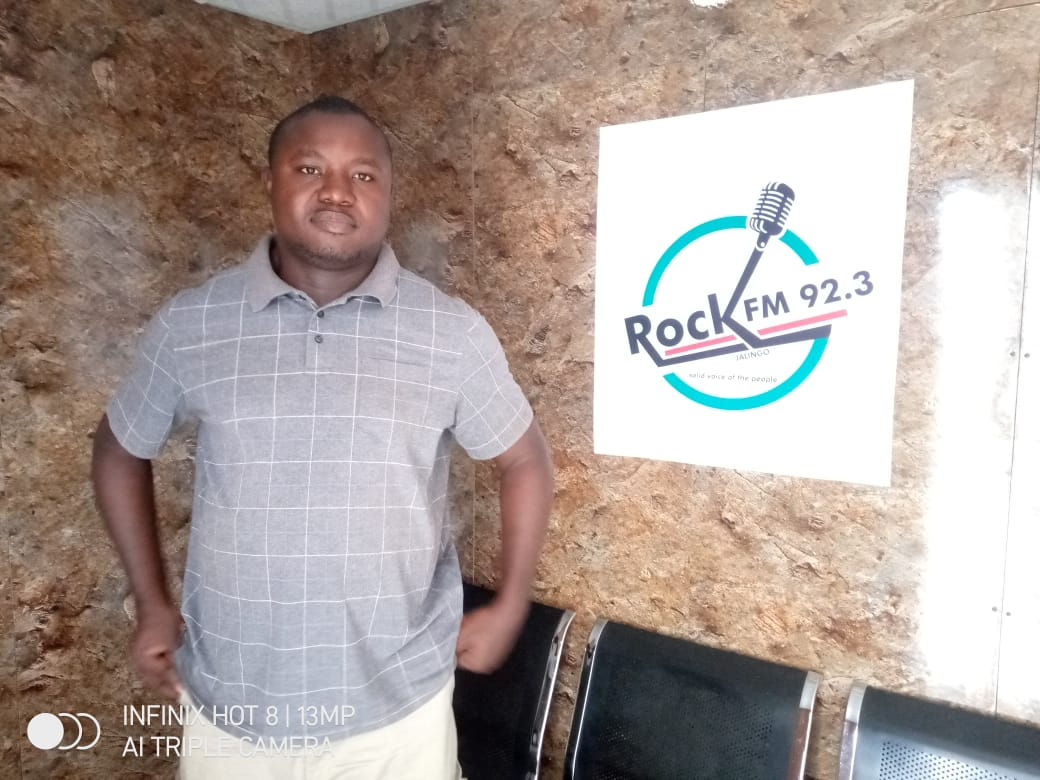 The Police at the FCID Abuja, have detained the Publisher of Taraba Truth and Facts Newspaper and CEO of Rock FM Jalingo, Mr. Ayodele Samuel Oloye over Senator Emmanuel Bwacha’s petition.

The lawmaker representing Taraba South senatorial District for the third term and also APC Taraba gubernatorial, Mr. Bwacha has petitioned the highest investigating arm of the Nigeria Police, Nigeria Police Force Criminal Investigation Department, FCID to investigate the young and leading media entrepreneur in Taraba State, alleging him of cyber-stalling, defamation of character and frustration of ambition among others.

According to Ayodele in an alert sent to media colleagues on Monday morning, he said, “I’m Ayodele Samuel Publisher of Taraba Truth and Facts Newspaper and CEO of Rock FM Jalingo, the first private FM radio station in Taraba State.

“I’m honouring a police invitation at the FCID, Abuja over a petition (I don’t know who the petitioners are or content of the petition) but as a law abiding citizen I have honour the invitation with a lawyer provided by the Media Rights Agenda MRA.

“I feel it’s necessary to inform you and seek for your support incase things go south.
Ayodele Samuel
25th July 2022
8.45am”.

It’s important to note that, for almost a decade after his National Youth Service year in 2013, through constructive criticism, balance and objective reports, Ayodele Samuel as consistently deploy his journalistic and media skills to promote and advance the cause of Taraba State and Tarabans.

While responding to the petition, Ayodele noted that all he is doing in Taraba State and beyond in course of his media duties are with objectivity, fairness, human interest, while given utmost consideration to individual rights and even posterity.

He said, “That is while we’ve being succeeding. We started with Taraba Truth and Facts and now we established the first ever private owned commercial radio Station in the State.

“Senator Bwacha who started his own radio Station in Jalingo few days ago, petitioned the Nigerian Police to investigate us, planning to keep me in police custody to cripple Rock FM. We heard he met the Inspector General of Police one-on-one to on this issue.

See also  ‘I Have Never Slept With A Woman Before’, Ex-BBNaija Star Reveals

“It is demeaning to all Taraba South Senatorial constituents and also the entire 9th National Assembly for a three term senator Bwacha to be calling for the investigation on why a Nigerian decides to live and own a radio station in Taraba.

“So far, the police are doing their job with appreciable decency. We’re not afraid and no amount of intimidation can kill our love for the people.”