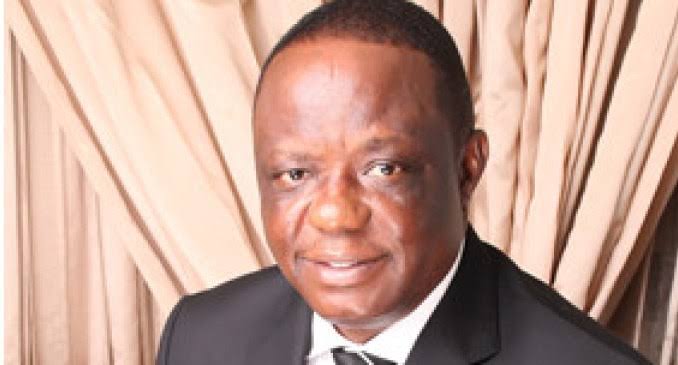 The linking of a renowned and revered businessman as Capt. Hosa Okunbo to the humongous corruption allegations against former Minister of Petroleum Resources, Diezani Alison-Madueke is nothing but a ploy by mischief makers to dent his hard earned reputation, a group has said.

Concerned Maritime Operators (CMO), said  “All the co-travellers of Diezani are either in exile or in court with her.” It said their is no basis whatsoever to associate Capt. Okunbo with the alleged misappropriation of state funds by the former minister.

Recall, Capt. Okunbo had said “I have never written a statement in the EFCC or any anti-corruption agency to date. If, indeed, I was with Dieziani, will I still be doing business in the NNPC where I am a champion for service delivery?”

For the past four years, a patently false story had been circulating about his purported business dealings with the former Minister of Petroleum Resources, Diezani Allison-Madueke, especially as regards the controversial offshore processing agreements (OPAs) popularly known as oil swap involving the former minister and her cronies.

The former minister Alison-Madueke has been under investigations since the outset of the President Muhammadu Buhari administration in 2015. The United States Department of Justice had list her and two other businessmen, Kola Aluko and Jide Omokore as persons of interest in a civil complaint filed at a District Court in Houston, Texas, detailing how the duo laundered millions of dollars on her behalf which were used in buying properties in the U.S. and the UK in return for oil contracts.

CMO Chairman, Mr. Tunde Hamzat said: No cowardly soul resides in the likeable billionaire businessman, Captain Hosa Okunbo, because he is no trembler in the world’s storm-troubled sphere. Cowardice and doubt disperse in the blaze of his scorching righteousness because his business and personal ethics are so firmly anchored on the steadfast rock of conscience and integrity.

“The renowned and revered businessman would never use gilded words to mask deceit neither does he brandish fickle principles and statistics to conclude with a false truth. He is, indeed, unlike many rabble-rousers who flashes documents to lock down evidence but never real facts to back their proof,” the group said in a statement that was issued yesterday.

There were reports that more names involved in the multi-billion dollar deal would be revealed as investigations continued.

Hamzat who said he expected the media to end such malicious reports, expressed displeasure on what he called sheer laziness and unprofessionalism on the side of some bloggers who have sustained the misrepresentation of the contract that formed the basis for the misleading publication.

According to him, the falsehood is being assisted with the ubiquity and freedom of social media and that it had become increasingly clear that maintaining silence further would be misconstrued for consent.

The group averred that neither he nor any of his business entities had ever been engaged “in any deal requiring lifting the tiniest drop of oil, crude or refined. I am not a trader; I have never submitted nor participated in any “Oil Swap” deal, neither do I own a company trading in any petroleum products.”

Hamzat said Capt. Okunba’s over four decades in business spanning engineering and technology, energy, integrated service in the petroleum sector, maritime, security, agriculture and others, integrity has been his guiding principle and a core value with which he has been able to earn trust and confidence of companies and corporations of global repute.

He claimed that Okunbo has never stood before any administrative, judicial or legislative panels to answer any questions related to any shady deal.

He challenged anyone whether in the NNPC, the media or anywhere else to come forward with any evidence that can puncture his assertions while declaring, “I implore cowards and mischief makers who are quick to broadcast unverified Whatsapp messages and the Nigerian media to be thorough, fair and objective in their journalistic responsibility.”

Capt. Okunbo is a globally-certified Ambassador of Peace who has been decorated home and abroad as a Citizen of Humanity. Though his businesses, which have added immeasurable value to the Nigerian economy and philanthropy, Capt Okunbo makes history every hour and industriously adds page after page, volume after volume, as if nature were holding up a monument to his exploits.

One of the few blessed men who started from the scratch, kept their nose to the grindstone and turned seemingly insignificant ideas into behemoth industries, Capt Okunbo is a man that would be sent to Mars and still treat it as a stepping stone to Saturn – the quality of constant invention and self-improvement that has earned him worldwide acclaim and prosperity, he stressed.

“Okunbo exudes the lustre of the proverbial leading light thus distinguishing his persona amid a range of middling men. He radiates compassion, ardour and acclaim that no life’s odd could tame. Having hacked his path to affluence in honest, industrious strides, he spreads out like a bastion of human aspiration even as his exploits become objects of the world affection. Everywhere he navigates, he exudes a spirit of humaneness and generosity that even the world’s finest and most daring philanthropists live in awe of.

“No wonder he was, in 2019, bestowed with the prestigious Order of Lafayette award at the United Nations day for Global Peace. The Order of Lafayette is a patriotic, hereditary, nonpartisan, and fraternal organization established in New York City in 1958 by Colonel Hamilton Fish III (1888-1991), a former Congressman from New York and decorated veteran of the First World War.

Captain Okunbo was especially honoured for his distinguished role in encouraging, engendering and entrenching peace and harmony in Africa and the world at large. He was presented with his award by His Excellency, Robert Blum, chairman of the Order of Lafayette Awards. Present at the auspicious and exclusive awards presentation were diplomats and political and economic leaders from all over the world who had all come to celebrate with one of their own,” Hamzat said.

AHBEA Awards Postpone till 2021 Over Covid-19