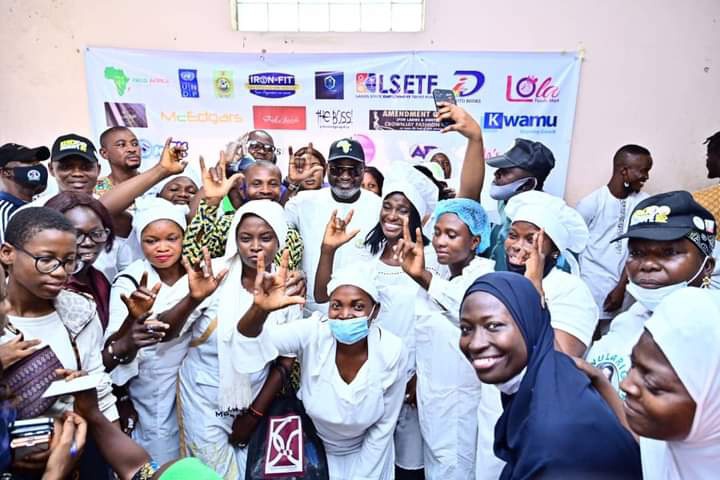 The executive Chairman of Oshodi/Isolo local government, Otunba Kehinde Almaroof Oloyede, has harped on the importance of vocational skills to national development.

Oloyede said youths should harness the opportunities in vocational skills for self development and sustenance, saying it is the best way to guarantee economic growth and development of individuals and the nationa at large.

The council boss stated this on Wednesday at the graduation ceremony of over 600 youth who were trained on different skills at the council secretariat by Yield Africa Foundation in collaboration with the United Nations Development Programme (UNDP) Oshodi, and Oshodi/Isolo local government.

Oloyede while speaking at the event promised that he will give temporary employment to three best trainees into the local government and also empower majority of them in a couple of weeks to come.

“We will make sure majority of you are empowered and we will give the best three graduating traineee from temporary employment at the local government,” he said.

He expressed satisfaction with the level of training received by the trainee and commended the Yield Africa for the outing.

The council boss while congratulating the graduates presented certificate of completion to them and inspected their various stands where their works were showcased.

The graduates who were visibly enveloped with immeasurable joy expressed their profound gratitudes to the council chairman for his support during and after the training.

The trainees who went through different vocational trainings were trained by international instructors on different areas of specialization such as Tie and Dye, Catering services, cocktail and mocktail, bag making among others.

Related Topics:Vocational Skills
Up Next