Courage In The Face Of Terror By Abayomi Ogunsanya
Advertisement 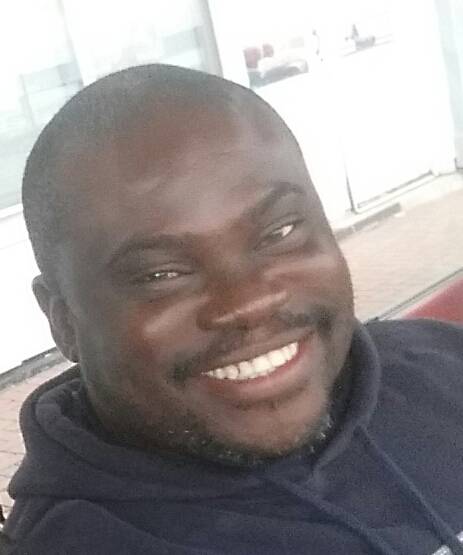 Two Reuters journalists, Wa Lone and Kyaw Soe Oo, were two weeks ago finally released from Insein prison where they had been held for more than sixteen months by the Myanmar Government following their conviction and sentencing on September 3, 2018. The pair were among thousands of prisoners that were granted a presidential amnesty on May 7. They were arrested on December 12, 2017, and charged under the colonial-era Official Secret Act and subsequently jailed for seven years for breaching that Act. Before they were arrested, the two journalists had been investigating the execution of 10 Muslim Rohingya men and boys in Inn Din. That investigation culminated in their contribution to a Reuters exposé that was published in February 2018 and for which the two and their colleagues won a Pulitzer Prize for international reporting in April 2019. In the aftermath of that investigation and the publication by Reuters, the military was left with little choice but to admit to the killings and seven soldiers that were involved in the crime were convicted. In recognition of their effort and courage, Wa Lone and Kyaw Soe Oo were honored with the 2018 PEN/Barbey Freedom to Write Award. Their arrest and conviction had sparked global outrage, particularly because, as it turned out, the so-called ‘secret document’ for which they were arrested was no secret. Since their release, they have continued to receive plaudits for exemplary courage in reporting the truth in the face of apparent military intimidation and miscarriage of justice by a Myanmar government whose action, through the military campaign against the Rohingya, has been described by the United Nations as “a textbook example of ethnic cleansing.” It has also emerged that the seven soldiers who were jailed for the killing of the 10 Rohingya Muslim men and boys were clandestinely freed in November.

The arrest and conviction of the two journalists, the crime which they investigated, and now the clandestine release of the culpable soldiers provide contexts to examine a certain recent events in Nigeria which bear resemblance to the Myanmar killings, and to do so against the backdrop of the publication of a recent book of tribute in honour of Dapo Olorunyomi, founder and publisher of PremiumTimes. I have not read “Testimony to Courage”, but the subject of the book, Dapo Olorunyomi, and another book, published more than a decade earlier—Kunle Ajibade’s “Jailed for Life”—capsulize my central purpose in this article, which is to offer a few reflective comments on the need for more courage in journalism in Nigeria, especially in these times of increasing dictatorship by regimes that are purported to be democratic.

I deem it fitting to begin my reflection by drawing parallels between the killing, three years ago, of over three hundred Shi’a Muslims in Zaria, Northern Nigeria, and the murder of the 10 Rohingya Muslim men and boys in Rakhine state. Although in terms of scale and possible motivation, the two incidents are far apart. However, there are other basis for comparison and some grounds to make the claim that there is something which the former can learn from the latter about how courage is required in the pursuit of truth and justice. Both killings were by soldiers and both took place against a backdrop of state tolerated violence against minority groups. Myanmar is a Buddhist majority country, with a significant Muslim minority. There is a history of persecution of these minority Muslims, especially the Rohingya in Rakhine, the home of most of Burma’s Rohingya Muslim minority, and many of whom were forced to flee after the 2015 Rohingya refugee crisis and the military crackdown in 2016 and 2017. Like Rohingya Muslims, the Shi’a Muslims are a minority sect within the umma in Nigeria and their persecution did not start with the Zaria massacre. Indeed, the killings in Zaria was not an isolated, one-off incident; for over two decades now, the sect has been in perennial open confrontation with the military and the majority Sunni Muslims in northern Nigeria, and as recently as late October 2018, around 46 members of the sect were killed during a joint cheeky military and police crackdown in Abuja, Nigeria’s capital city. I view these killings of members of the Shi’a sect in Nigeria and Rohingya Muslim men and boys as a form of state or political violence. The anthropology professor, Carol Nagengast, writes that “Political violence encompasses overt state-sponsored or tolerated violence…(coercion or the threat of it, bodily harm, etc.) but may also include actions taken or not by the state or its agents with the express intent of realizing certain social, ethnic, economic, and political goals in the realm of public affairs…” States are primarily responsible for ensuring the human rights of their own citizens, including the right to life. However, in certain circumstances or contexts, a state could tolerate a violent action against its own citizens or a section thereof. And “…insofar as [such an action] is tolerated or encouraged by states in order to create, justify, excuse, explain, or enforce hierarchies of difference and relations of inequality”, they are “acts of state violence, even though states themselves may not appear on the surface to be primary agents.” It is impossible to exculpate both the Nigerian state and the Myanmar government from the crime—for it is nothing short of a genocidal crime in both instances—of mass killing in the two countries. The military are state agents and whether or not they acted based on directives from the government is irrelevant; what is more, the failure of the states to properly bring them to book—as in the case of Nigeria—or to ensure that they serve out their punishment in full measure cast these governments as enablers of genocidal violence.

But there is an important difference between the incident in Myanmar and the one in Zaria, Nigeria, which can be located in the response of media and journalists in both countries to what happened to their minority groups. In Myanmar, despite initial denial and the best effort of the Burmese government to repudiate any wrongdoing, the two Reuters journalists, Wa Lone and Kyaw Soe Oo, displayed a great deal of courage which saw them contributing to the production of a piece of investigative journalism that brought to light the despicable situation of human rights in the country and the chilling details of the killings of the 10 Rohingya Muslim men and boys. Their investigation also ensured that the courts reached a decision to convict the six soldiers found culpable in that dastardly act. Although Wa Lone and Kyaw Soe Oo were jailed on trump up charges, their work give clear indications of the fact that human rights should be pursued with courage and that truth and justice often come with a price. Herein lies the crux of my reflection in this piece. Although the Shi’a massacre was reported at the time it happened and a number of opinion pieces and editorials have been written about it, very little fact-finding journalism has gone into bringing the matter to the front burner since 2015 when it happened. To my knowledge, no soldier has been convicted for the massacre and there has not been any journalist venturesome enough to reveal beyond what is already known. I am not unmindful of the precarious life of journalists generally and the fact that Nigerian journalists are in danger of being exposed to unfavorable treatment if they dug into the matter. According to Amnesty International, “

But then, as the saying goes, freedom is never served on a silver platter. Searching for the truth can sometimes be like finding a proverbial needle in the haystack and the road to finding it is often lined with landmines. There is no doubt that journalism requires considerable courage to practice, especially in climes where a repressive regime is in place. It is in this connection that Kunle Ajibade’s Jailed for Life and the recently launched Testimony to Courage fit into my purpose in this article. Ajibade’s book is a record of his experience as a political prisoner in Sani Abacha’s gulag. It is a book about courage in the face of terror. It is this kind of courage that also animates Dapo Olorunyomi’s life and, I believe, the book that bears testimony to his political activism and his enviable achievement as a journalist and the publisher of a tabloid renowned for investigative journalism. Both Kunle Ajibade and Dapo Olorunyomi, in their separate and sometimes overlapping journalistic engagements, have given us a lot to think about in the face of increasing and often desperate attempt to gag the press and intimidate journalists. They have also shown how investigative journalism, in spite of the odds, can be liberating. For their courage in the face of terror, these journalists have suffered greatly; they have also won considerable acclaim. We celebrate them today, like the two Reuters journalists, not just because of their work, but more crucially because of the courage that defines their vocation. We need that sort of courage more than ever before in these days of unabashed repression, official conspiracy, and increasing intolerance of criticism by the state. We need a journalism that is not afraid to speak truth to power; the kind of journalism that we associate with Kunle Ajibade and Dapo Olorunyomi.

Dr. Abayomi Ogunsanya is an independent scholar and journalist. He lives in the Republic of Ireland.

Is Adams Oshiomole A Secret Weapon Of The PDP? By Femi Aribisala