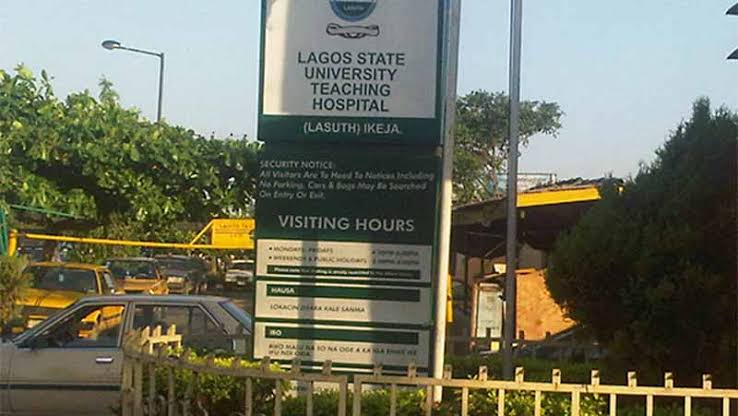 A Lagos high court sitting at Eti-Osa Lagos State south west Nigeria has ordered a staff of Lagos University Teaching Hospital Saheed Ayinla Ogundare and his company Seadrof Hotels & suites and a businessman Kolawole Bankole and his company De Ritz Hotel to release from their possession the under listed items to a Lagos business man Babatunde Saka and his company OFY Global Resourses LTD.

1unit of Marapco 250 sound proof power generator,1Haier Thermocool Deep Freezer,1Unit of Jubaili Bros Generator 250 KVA,1Unit of Marapco 100 KVA sound proof Generator,1 unit LG Sensor Dry 9 kg washing machine,and 1unit LG Windject Dry washing machine which were stated in the inventory of goods discovered on the 8th of January,2021 by the baliff of the court at the execution of the court’s order in the places control by the defendants.

The presiding judge Ganiyu Ali Safari said”I agree with the claimant’s counsel submission that the items to be released would have greatly depreciated in value or totally destroyed if the court have to wait till the determination of the substantive suit to make a pronouncement on the seized or detained items .I accordingly find merit in the motion and therefore grant same.

The order of the court was as a result of an application filed and argued before the court by Barrister Ola Wilson urging the court to compel the defendants to release the aforementioned items.

In compliance with the earlier order of the court, the business man Saka Babatunde in Company of Senior Sheriff of the court protected by officers of the Nigerian Police Force have inspected the premises of the two Hotels in Lagos,De Ritz Hotel and Primal Hotel & resort services for the purposes of identifying goods purchased by the business man during the leases granted to him before his leases were illegally terminated.

Other premises in spected,are the places of business of Kolawole Bankole and Saheed Ayinla Ogundare, and Paramount Luxurious services apartment 8 Ajasa street GRA Ikeja where such goods are kept or control, particularly four Generating sets.

After the inspection,the Sheriff of the court filed the inventory of the goods discovered before the court which includes,3 Generating sets,2 dry washing machines and 1 Thermocool deep freezer.

See also  US Election: Candidates Stick To The Campaign Trail Despite Covid-19 Fears

The order of the court was as a result of an application filed and argued before the court by a Lagos Lawyer, Barrister Ola Wilson,urging the court to permit the claimant and senior Sherriff of the court to inspect the premises of the defendants and take inventory of the Generating sets and goods claimed to have been purchased by the claimant,if not their chances of recovering of the Generators and others goods are very uncertain and if they are to wait till final determination of the suit filed by the business man,the wears and tears that the Generators might have undergone may render them worthless.

What led to the current legal hostility,is a breach of contract suit instituted by a Lagos business man Babatunde Saka and his company Ofly Global Resources Limited, filed before the Court,urging the court to compel Economic and Financial Crime Commission EFCC to investigate a staff of Lagos University Teaching Hospital LUTH Saheed Ayinla Ogundare who trade under the name & style of SEADROF HOTELS &SUITES operating from Block 2,Flat5,LUTH Staff Quarters of the hospital, for alleged diversion of funds of the Teaching hospital.

According to a statement of claim, accompanied by written statement on oath of Babatunde Saka and filed before the court by a Lagos lawyer, Barrister King Ola Wilson,

On the 8th of August,2016 by a contract agreement executed, Kolawole Bankole let his 15 bedrooms hotel with related facilities known as DE NEST Hotel at 5 M.K.O. Abiola Crescent to him.

Saka averred further that when he took over the hotel,the expenses he incured,asides down payment deposit made is N3,009,549:70.

By another contract executed on 14thJuly,2017,he entered into another contract with Kolawole Bankole in respect of 35 bedrooms hotel with other related facilities Primal Hotel and Resort Services Limited at 46B Isaac John Street,G.R.A. Ikeja Lagos Nigeria.

When he took over the second hotel, the total expenses he incured asides the deposit payment is N8,811,931.00.

However,on two diverse dates, Kolawole Bankole,who is operating in dual capacities was alleged to have stormed Primal Hotel and resort services and De-Nest Hotel and forcefully tookover the properties and drove the claimants and their staff away from the property and seized all their purchased items engaged in the hotels without recourse to the provision of the contract as per notice to be given by either of the parties who desires to terminate the contra,and all pleas to release them were to no avail.

The claimant made complaint about the illegal and unlawful seizure of the generators and other items belonging to them to the Assistant Inspector General of Police,at Nigeria Police Force Criminal investigation Department Alagbon Lagos vide a petition dated 24th October,2019.

However,after they were illegally and unlawfully evited from the two hotels Saheed Ayinla Ogundare took over the management and started to operate same under the name and style of “SEADROF HOTEL & SUITES as against civil/public service rule which is also illegal.

After the Primal hotel and Resort was taken over from the claimants, Ogundare paid total sum of N3,851,170 into the account of the Claimants, which was later remitted back to him.

The claimant then perceived that a day of reckoning by an auditor may come which may implicate them in the transactions,besides the claimants as Nigerians have a civil duties to take necessary step to inform the authority where they have a reasonable suspicion of a crime.

Consequently, the claimants claims against the defendants jointly and severally are as follows

The sum of N15million as general damages and special damages.

Declaration that Saheed Ayinla Ogundare as a public servant in the employment of LUTH to engage in a private business and managing Hotel is unlawful.

Order directing EFCC to investigate the propriety of Saheed Ayinla Ogundare a staff of LUTH operating a business name and style of SEADROF HOTELS AND SUITES while in the employ of the LUTH. The circumstances and reasons for transferring of several money into the claimant’s company account, and later collect them when he has seized to operate or manage the hotel.

The defendants,while denying all the claims of the claimants filed before the court by thier counsel Chief Richard Oma Ahonaruogho averred that the claimants never purchased any of the items at all.

Consequently, the Hotels and their proprietors are counter – claiming against the Claimants, Special damages in the sum of N11,405,053,00 being the cost of the purchased of the damaged furniture and repair of the damaged generators and the sum of N7,500,000 as solicitors fees

Why You Should Watch OLAKITAN, A New Movie By Gbolahan Adetayo