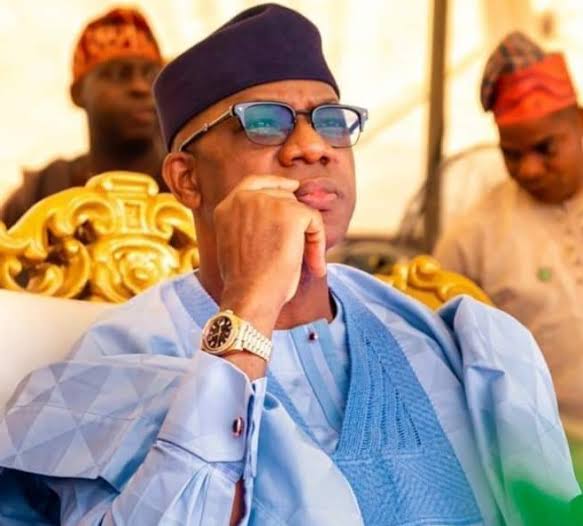 The organised labour in Ogun State on Tuesday asked Governor Dapo Abiodun to address what it termed as “pathetic plight” of workers within seven days or face an industrial action.

The union accused Abiodun of non-remittance of 21 months salary deductions, eight years of unpaid Statutory Leave Allowances and breach of the State Pension Reform Law, 2006 (amended 2013) in the implementation of the Contributory Pension Scheme.

Their grievances were contained in a letter dated June 21 and addressed to Governor Abiodun.

The labour leaders lamented that the welfare of workers had been in limbo in the last three years.

They recalled that a letter dated June 7 had been sent to the government on “the growing restiveness amongst employees of the State Civil/Public Service with a call for immediate dialogue with the State Government.”

See also  New moon: Sultan calls on Muslims to look out for Rabi’al

The leaders, however, expressed worry that “there has not been neither official response nor acknowledgement to the letter as at date.”

In the letter, the organised labour called on the government to attend to the “pathetic plight and the sustained agitations of our members” within seven days.

For clarity, these deductions are part of earned salary deducted from individual workers with the instructions that they be remitted to other recipients, e.g. cooperative societies, Bank loan repayment obligations, etc. but which the State Government failed in remitting as appropriate.

“The deliberate breach of the State Pension Reform Law, 2006 (amended 2013) in the implementation of the Contributory Pension Scheme.

“What obtains, in the last thirteen (13) years, is one-sided practice of the Ogun State Pension Law [2006] amended in 2013 with unfailing monthly deduction of 7.5% of Basic salary from all State employees whilst the counter part payment of 7.5% from the State Government, as the law stipulates, is nil.

“Non implementation of Consequential Adjustment on Minimum Pension as mandated by the 1999 Constitution of the Federal Republic of Nigeria.

“Disheartening enough, as at date, the minimum pension in the State remain as paltry as N5,000). 2021 and 2022 promotion exercise must be accorded the priority it deserve. The state government have taken the statutory exercise as though it is a favour.

The labour, however, said it regards itself as “partners in the project of advancing the socioeconomic fortunes of our dear State and thus has been quite accommodating in spite of failed promises.”

The organised labour added that “averting the imminent labor unrest would be ideal at this juncture hence our call for dialogue.”