2023: Oyo NUJ Advises Politicians To Avoid Politics Of ''do or die'' 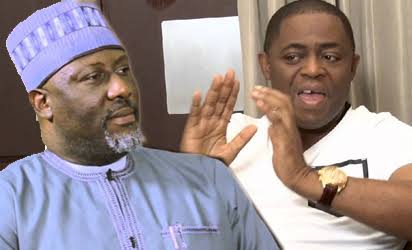 Fani-Kayode and Dino Melaye fight dirty on IG, both men have been at each others throat in the last few days.

The fight between the former allies began after Melaye allegedly stated that all governors under the Peoples Democratic Party, PDP, spent money on ensuring that Iyorchia Ayu emerged as the party’s National Chairman.

Reacting, Fani-Kayode knocked Melaye for making such a comment and then urged security operatives to ‘arrest and prosecute’ Ayu and the PDP presidential candidate, Atiku Abubakar.

Responding, Melaye said FFK’s comment lacked comprehension, stressing that it was “a voyage in meddlesomeness and idleness.”