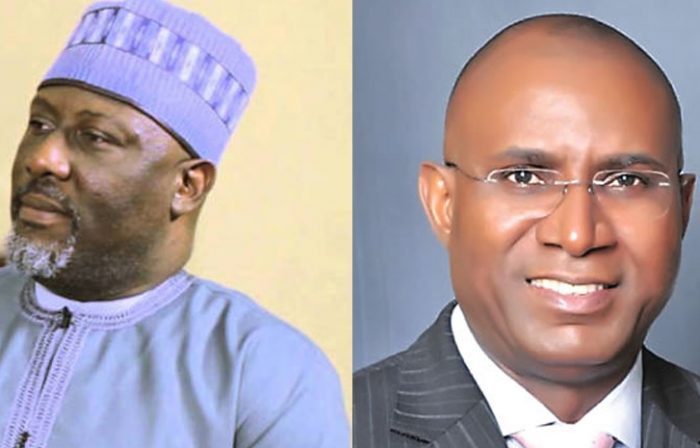 Controversial Senator, Dino Melaye has released a cartoon where he pictured the Deputy Senate President, Ovie Omo-Agege as a Mace thief.

The cartoon, released by Melaye on his Instagram page showed a lawmaker standing with the Sergeants-at-Arm, holding a mace, as Omo-Agege approached smiling.

The Sergeants-at-Arms replied: “Oga no worry, I don hold am well.”

Melaye then wrote: “When you work with a Mace thief.”

In April, 2018, Omo-Agege was accused by the Senators of sending thugs to snatch the mace.

Unidentified hoodlum had invaded the Senate Chambers and disrupted the proceedings, carting away the symbol of authority (mace).

The Upper Chamber had described the development as an act of treason and an attempt to overthrow a branch of the Federal Government of Nigeria by force, which must be treated with importance.

Fraud: Ajudua Swore With Son’s Life Not to Defraud Me – Bamaiyi