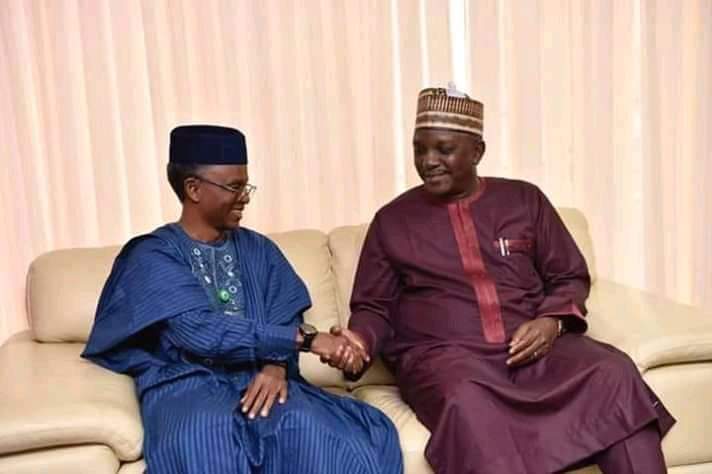 The Kaduna State Governor Mallam Nasir Ahmad El-Rufai has tasked the Minister of Power Engr. Sale Mamman to deliver the proposed 10MW power project in Kaduna state, saying the state is ready to maximize its gains.

El-Rufai said this on Tuesday when he paid a congratulatory visit to the Minister in Abuja.
He explained that Kaduna State was more interested in the proposed Dam because it would provide adequate water supply to some major towns for consumption and irrigation.
The Governor stressed that the proposed Ten Mega Watts dam a priority because Kaduna State was already prepared to capitalized on its other benefits.
The Governor jocularly told the Minister that he was going round to rejoice with foundation members of the party who have now been fully compensated for their struggles to established a new political order for the Country.
Governor El-Rufai, recalled that the Minister and himself had been in the same party even before the merger that produced the APC, pointing that he was relieved that most of his comrades have now been rewarded.

In his response, The Minister Engr. Sale Mamman gave his own assurance that the project would be vigorously pursued, saying his mandate his to deliver all major power projects across the country.
He thanked Governor El-Rufai for the visit, Saying that he would partner with Kaduna State in every area of development to ensure the full realization of President Muhammadu Buhari’s next level agenda