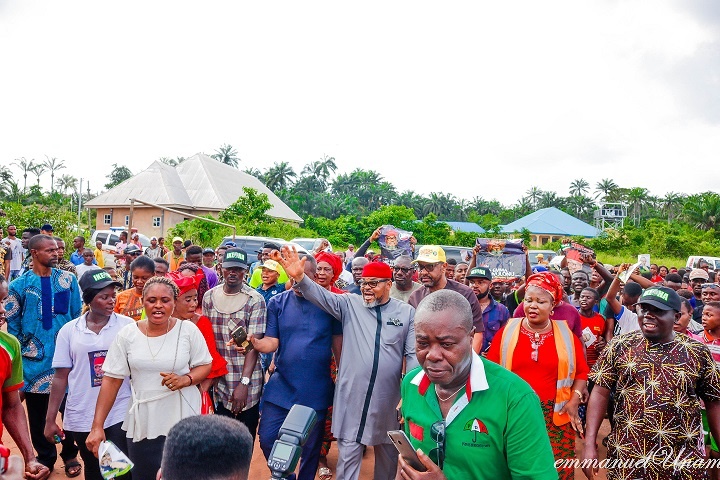 The bible says in the book of Psalms that ‘Though sorrow may last for the night, but joy comes in the morning’, this is the situation that best describes the happenings in Okigwe Zone, Imo north senatorial district with the inclusion of Chief Emmanuel Okewulonu in the race for Imo north senatorial bye-election coming up on 5th of December, 2020.

In all the six local governments in Okigwe Zone, there is no one out of them that Emmanuel Okewulonu hasn’t touched with his capacity, intellect, and most especially, His philanthropic activities. He has been able to define what politics should primarily be about through his actions; an overall development of the people’s lives.

Its quite unfortunate that In  Okigwe Zone, for some years, Development has become an enemy of the zone due to the representation that people have gotten, it’s sad that the infrastructures keep deteriorating, bad roads keep multiplying, unemployment rates keeps skyrocketing but guess what? The set time of Okigwe Zone is now, Hope has been restored again with Emmanuel Okewulonu.

Going by his antecedents, everyone knows in Okigwe Zone that Chief Emmanuel Okewulonu has been into the business of lifting people up from scratch for many years. Every 26th of December is always a day where He gives out massively to the widows, less privileged, orphans, and every needy person in the community. He has built countless houses, sent people overseas, set up business for people in Okigwe Zone.

Apart from giving, He knows his onions when it comes to the act and art of leadership. Chief Emmanuel Okewulonu has worked in the public sector and the private sector, He has lived with the people, infact He stays with the masses and knows where the shoe pinches, every quality of a good leader can be found in him.

The hope that was lost many years ago is about to be restored in Okigwe Zone with Chief Emmanuel Okewulonu come December 5, 2020.