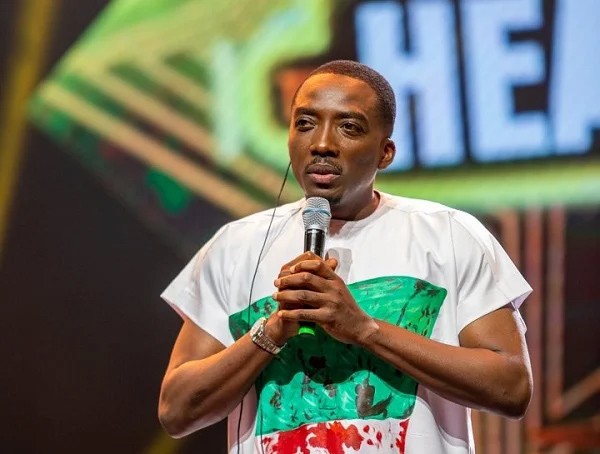 Ace Entertainer, Bovi Ugboma has joined other distinguished celebrities in endorsing the GoNigeria advocacy campaign for effective youth participation in the country’s electoral processes re the 2023 General elections. He is the latest GoAmbassador and is helping to intensify the enlightenment initiative in the actualization of better outcomes from the forthcoming elections.

The Entertainer and latest GoAmbassador’s appointment is coming at a time the public enlightenment campaign themed GoNigeria, an advocacy to sensitize Nigerian youths to participate in the electoral process, is gaining greater momentum in the run up to INEC’s 30 June, 2022 deadline for voter registration.

GoAmbassadors are celebrities and outstanding people in various endeavours that include the arts, sciences, entertainment, tech professionals, performing artists, sport persons, innovators and social advocates, who have all bought into the GoNigeria initiative and are helping to deepen the conversation on this very important national issue that is of utmost importance for Nigerian youths.

Anap Foundation have been partnering with celebrities (GoAmbassadors) who wield an appreciable fan base and/or followership on social media with a strong voice and influence on young people through what they do. The overall aim is to encourage Nigerian youths to register and vote en-masse in the 2023 General Elections. Hence, Bovi Ugboma’s addition to the growing list of GoAmbassadors is a positive development that will add great value to the works of the foundation as the international entertainer’s social influence is expected to deepen the ongoing voter sensitisation campaign, which is aimed at getting the young demographic that constitutes over 80 percent of the electorate to become politically active and also, further stimulate their direct involvement in the 2023 general elections, thereby shaping the nation’s political destiny. In his debut video for the GoNigeria advocacy campaign, Bovi uses comedy to ridicule a vote buying politician who pretends in public not to be seeking to buy votes, whilst actually seeking to do so in private.

GoNigeria is an initiative of Anap Foundation, a non-profit organization committed to promoting good governance in Nigeria. Anap Foundation is partnering with enlightened celebrities (GoAmbassadors), corporate bodies eager to support the initiative via co-branding (GoPartners) as well as many enthusiastic young volunteers who will help to amplify the messaging to their age mates (GoVolunteers). The overall aim is to encourage Nigerian youths to register and vote en-masse in the 2023 General Elections.