Fans, Celebrities and Others Mourn the Basketball Legend
Advertisement 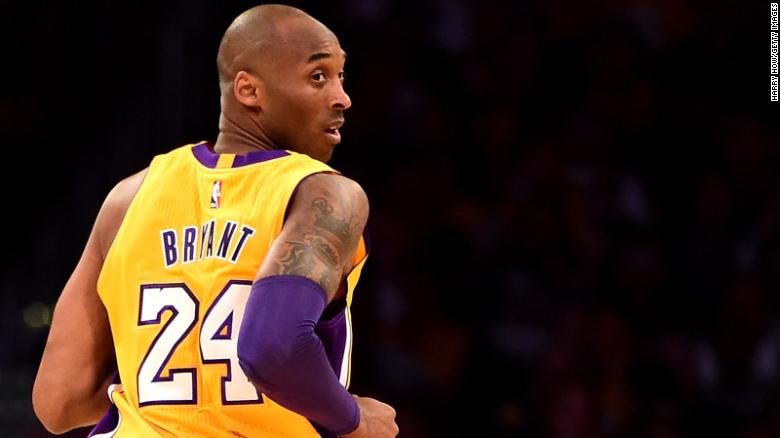 Kobe Bryant, the NBA MVP who had a 20-year career with the Lakers, died on Sunday when the helicopter he was travelling in crashed and burst into flames in the hills. His daughter Gianna, 13, was also on board and died along with seven others.

The news of Bryant’s death surfaced just as music stars were preparing for the Grammy Awards at the Staples Centre in Los Angeles, where Bryant played many home games for the Lakers.

Kobe was a legend on the court and just getting started in what would have been just as meaningful a second act. To lose Gianna is even more heart-breaking to us as parents. Michelle and I send love and prayers to Vanessa and the entire Bryant family on an unthinkable day.

Kobe Bryant, despite being one of the truly great basketball players of all time, was just getting started in life. He loved his family so much, and had such strong passion for the future. The loss of his beautiful daughter, Gianna, makes this moment even more devastating….

“This honestly doesn’t make sense… I just saw you man. This hurts my heart. God please place your hands on his family and help guide them thru this unbearable time. We love you forever man…Legends never die!!!! #MambaMentality #RIP…. RIP to the other passengers as well as sending prayers to their families.” Kevin Hart said in an Instagram post.

“Kobe, we love you brother. We’re praying for your family and appreciate the life you’ve lived and all the inspiration you gave.”

Kanye’s wife, Kim Kardashian shared a black and white image of Bryant and his daughter Gianna.

“My heart is so heavy. No one should ever experience what the families involved are going through,” she wrote.

“This has affected us all so much but I cannot begin to imagine what Vanessa is feeling losing her husband and her baby girl…. Rest in Peace Legend.”