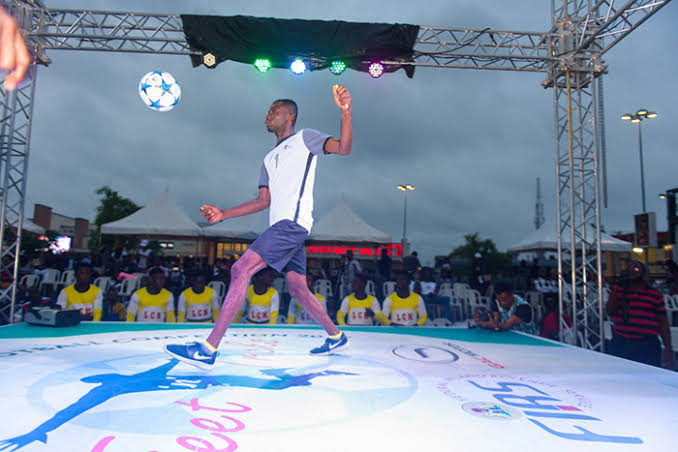 Feet ‘N’ Tricks International Limited has unveiled sports broadcast giant, SuperSport, as its media partnership for the broadcast of the 2019 edition of the African Freestyle Football Championship (AFFC).

With this new partnership, the Pan-African group of television channels, highly recognized as MultiChoice’s pacesetter sports broadcast station for providing quality sports content for sports lovers, will bring live broadcast of the National and African Freestyle Football Championships to its viewers across sub-Saharan Africa.

Feet ‘n’ Tricks, organizers of the Nigerian and African Freestyle Football Championships, endorsed by the World Freestyle Football Association, welcomed over 120 freestylers on-stage in its Nigerian regional auditions in Lagos, Warri, Owerri and Abuja, who competed to win prizes worth hundreds of thousands of Naira as well as a chance to compete at the national and continental competitions holding between September 14thand 15th 2019, and to attend the Freestyle Football World Championship.

The 32 winners from these regional auditions will converge at the Balmoral Convention Center, Lagos on September 14th to compete for the National Championship title to earn the highly coveted championship title alongside mouth-watering cash prize including an all-expense paid trip to Miami USA to represent Nigeria in the global championship. The African Freestyle Football Championship happening on the 15th of September at the same venue will play host to talented freestyle football champions from all over Africa as well as renowned celebrities and VIPs.

Chairman of Feet ‘n’ Tricks International, Mr. Valentine Ozigbo, who expressed delight at the partnership, said, “We will work on the continuous development of African freestyle talent and continually exploit all available resources to create more awareness for the sport and we are grateful to our sponsors and partners.

“Freestyle Football is not just a game, it is an art and a passion which deserves more attention than currently accorded. With this partnership, we are moving closer to making freestyle football a household game and a sustainable means of livelihood, regional tourism growth and wider national and continental economic and health development” he stated.

Kogi 2019: I have an agenda for greater Kogi –  Babatunde Irukera