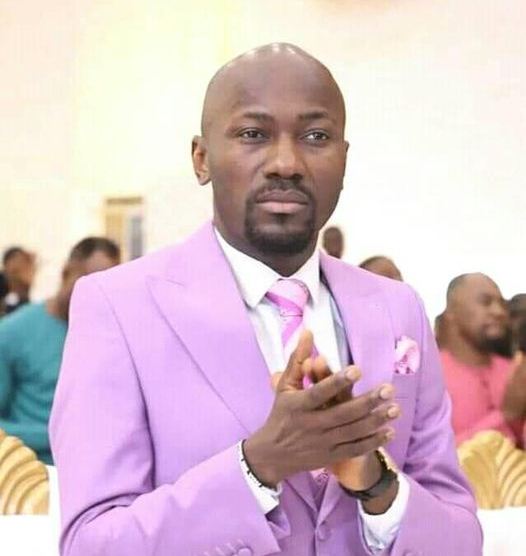 There is a thin line today between honouring a vessel of the Lord and giving that individual worship that belongs to God alone. The line is already being crossed by many worshippers who might not even realize it.

Renowned Christian leader and Senior Pastor at the Omega Fire Ministries (OFM) worldwide, Apostle Johnson Suleman, in one of his weekly lectures, stated that, an alarming number of preachers are spending an enormous amount of time teaching how to respect them and not more about Jesus Christ. What the majority of church members are hearing each week is about their pastor, said the servant of God, suggesting that such an event should be questioned.

Avoid following your pastors, follow God, Suleman warned in the prophetic message. He said that the man of God, your pastor, is equally fighting for his own salvation.

“We have a generation of people that follow structure, that follow religion but they don’t follow Jesus. They are not conscious of Jesus. Have you not seen workers in the church who have no salvation experience? They don’t know what it means to be born again. Have you not seen leaders in departments, leaders in the church, when they talk, you are asking how did this one become a leader. There is no Jesus in their thinking. They are following the man of God, and not following the God of the man.”

Ministers of the gospel are supposed to be pointing members to Jesus and not themselves. Souls are the goal and not riches. If there is an extreme focus on how anointed your pastor is and how you should always be doing more for him, you are probably in a church where unwittingly and inadvertently, they are making the pastor their god,” affirms the firebrand preacher.

Apostle Suleman added that “If you are being taught more about sowing seeds to bless the pastor than giving to the poor as Jesus commanded or having to stand when the preacher enters the room and bodyguards are pushing people out of the way so the pastor can walk by, it is time to leave because it implies self-importance even when Christ said we should be humble servants.”

The man of God further rebukes the action of a section of congregants that follows their pastors other than God. He said;