Ecobank Day: “We Should Be Open To Talk About Mental Health Issues” – Akinwuntan

Covid-19 Vaccine: Thousands of Unvaccinated Americans to be Laid Off 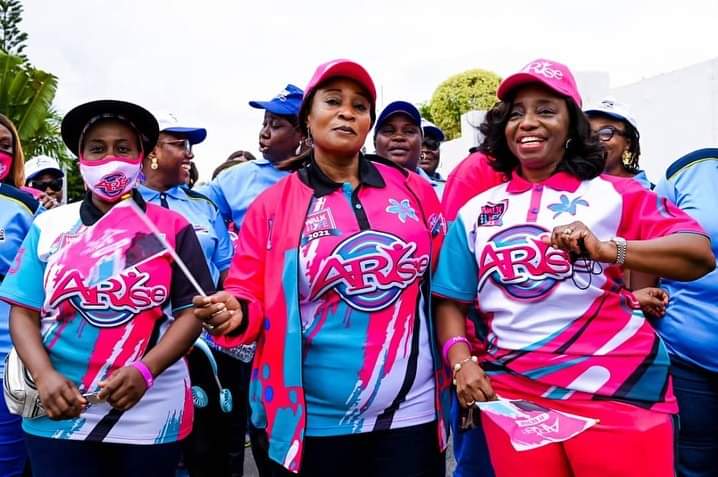 It was a lively mood all through on Saturday 16th October 2021 when thousands of people gathered in clusters globally to participate in this year’s Arise Walk for Life, organized by Arise Women, led by Dr Siju Iluyomade. The annual event which marks its 13th edition, was again a great timeout, as it attracted Nigeria sport legends, Professionals, top government functionaries, celebrities and many more.

This year’s edition was again put together with mode to prevent large gatherings as participants converge in several cities in clusters across over 10 Countries including, U.S, UK, Germany, Holland, Sweden, Canada among other countries. The event, which always precedes the interactive part of Arise Women Conference every year, was organized as part of the Convener’s initiative to alert people on the need to be health conscious, through Walking.

In its dynamic style, the Arise Walk attracted every cadre of people in the society from every profession as Sport legends like Daniel Amokachi, Victor Ikpeba, Falilat Ogunkoya, Chioma Ajunwa, Yakubu Aiyegbeni, Austin Eguaveon, Peter Rufai among other notable sport personalities joined celebrities like Kaffy, the dance queen who thrilled participant throughout with her craft and others like Nathaniel Bassey.

Wives of Governors of Ogun State Mrs Bamidele Abiodun, her Lagos State Counterpart, Ibijoke Sanwo-olu and Mrs Oluremi Hamzat were also part of prominent Nigerians that participated in the Walk which took place simultaneously across the globe. The Convener’s cluster converged at the St. Saviour School in Bourdilon area of Ikoyi and walk through the Ikoyi bridge before returning to the premises of RCCG, City of David recreational pitch for lots of dance and games.