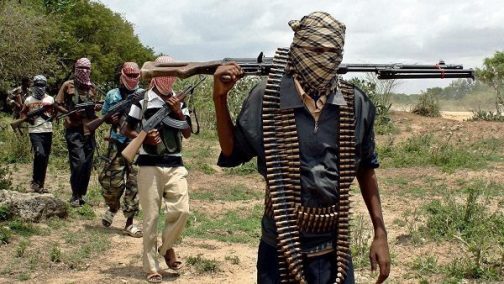 Suspected gunmen have killed at least 35 people in attacks on three villages in Shinkafi local government area of Zamfara State.

The communities are located 20Km West of Shinkafi town and are not far apart.

A resident, Sani Aliyu, said that the bandits chased the farmers on motorbikes in to their houses and shot them dead, adding that most of them were killed on their farmlands.

“I’m just coming back from the funeral prayers of the victims. The gunmen shot 12 dead in Gidan Wawa, 22 in Tungar Kahau, 1 in Kwallido.

The armed men arrived on motorbikes, shooting people who were working on their farms,” he said.

The spokesman of the state police command, SP Muhammad Shehu could not be reached for comments at the time of filing this report.

See also  Agbaje: These are dangerous times, what Buhari should do on insecurity
Related Topics:Armed BanditsFarmersInsecurityZamfara State
Up Next