Encounter with Oluwo of Iwo: A Quintessential Monarch by Yinka Rahman 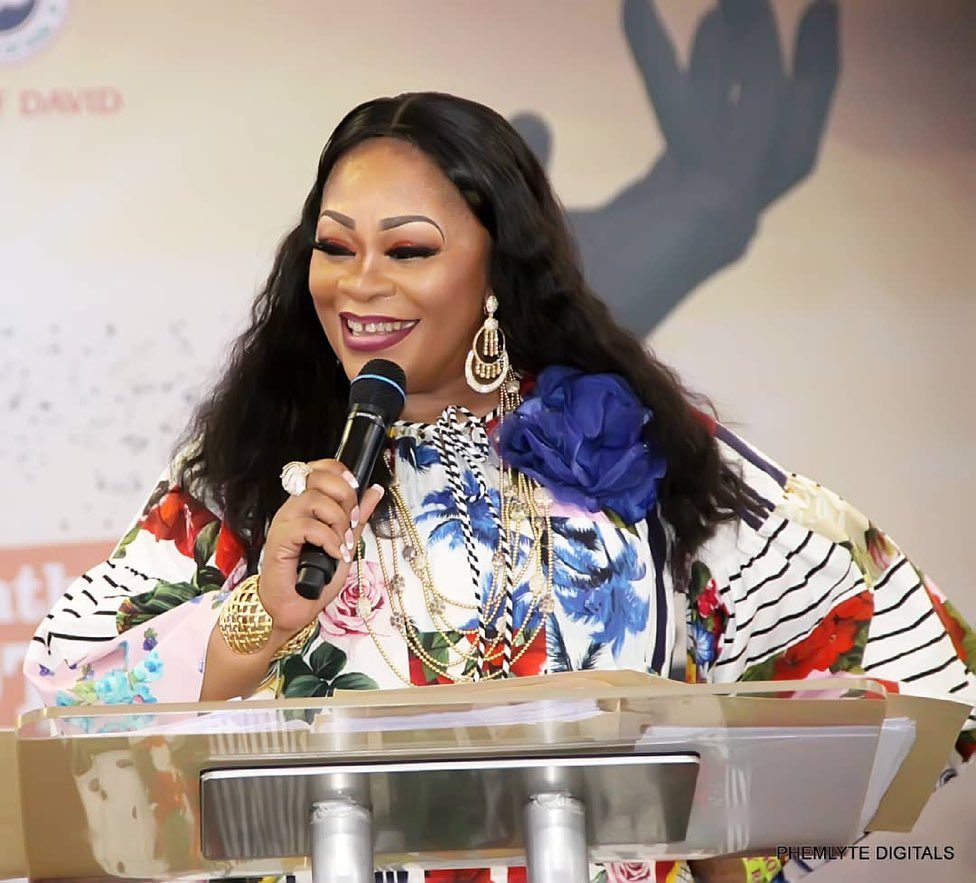 It has been a thoughtful and interesting atmosphere in the past weeks during the series of edition of Handmaidens programme, an enlightenment women platform, a brainchild of Dr [Mrs] Siju Iluyomade holding at the Auditorium of City of David {COD] Redeem Christian Church of God, Victoria Island, with thousands of people also following vie all social media and Zoom.

The highly educative conversation which is still ongoing on weekly basis,  is always started with praise and worship before Pastor Siju takes over the podium to lead the Women in high thought-provoking discussion about marriage issues as well as trying to dig deep into why people commits adultery, The event, also receive comments from participant on ground as well a comments from participant across the globe, who are following on social media and zoom. While speaking on Marriage & Adultery issues, Pastor Siju emphasized on why it is absolutely necessary for a wife to always give hundred percent support to the husband in every aspect of life, using several scriptures in the Bible to back it up. In her word: “For every woman, submission is not weakness rather it is strength, Marriage is very important, and when you are married, the Bible says, do not deprive one another, you may devout yourself to prayer” You must come together so that satan will not tempt you”

In one of her quote from the Bible, Proverb 18:22, She said “he who finds a wife, finds a good thing”. She related similar to finding a husband as a good thing, “finding my husband too was a good thing and that is how it should be for a good woman”

During one of the conversations, a Zoom participant, Ranti Obileye queried that even when some women support men with all they have, they still went ahead to commit adultery. Pastor Siju who was moved the comment, wonders and asked rhetorically in her response, ” yes that is true, you can give men your blood, die, build the empire for the family, yet they will till cheat on you, Why do you men cheats?

She also spoke about men who are vindictive and uses money to control their wife, In her words, ” some men will go to the extent that, even if the money is in a joint account, it will not be released to you until you succumb” Pastor Siju, a Lawyer of over 30years with couple of other businesses wonders why some men behaves in such manner.

She emphasized patience  to every woman going through different difficult period in their marriages, as divorce

is not always an option but prayers and patience. During the July 8th Wednesday edition of Handmaidens programme, lots of people from diaspora including Canada, UK, United States among others participated. Many of them in their comments pour encomium on Pastor Siju for creating such a platform for women to share their views and experiences as well as learn from scriptural teachings as it concerned their situations

The Handmaidens Women in Leadership Forum is a platform for bringing all women together irrespective of their Race, Tribe or Religion to enlighten and empower them sufficiently to enable them to have the desired impact on our society that they are uniquely crafted to have.

Today, we see relatively fewer women in top roles for various reasons including: lack of opportunity, fear of risks involved, the sacrifices and choices they have to make and the perception that they must compromise to get to the top. We also see many women with immense potential who are not achieving their God-given destinies.

Our objective is to challenge more women to take on positions of responsibility in line with scriptural principles and ensure we impact our homes, Marriages, businesses and society positively in growing our nation.

In line with the objectives above, the Handmaidens have a number of initiatives including the 2019 Women in Leadership Series (WiLS) – a series of talks focusing on women BUILDING LEGACIES in society.

Ecobank to ‘Ellevate” Nigerian Women In Business; Over 40 million small businesses to benefit