Construction Technician, others get Glo Festival of Joy prizes in Onitsha

Stanbic IBTC Announces New Board Appointments Across the Group 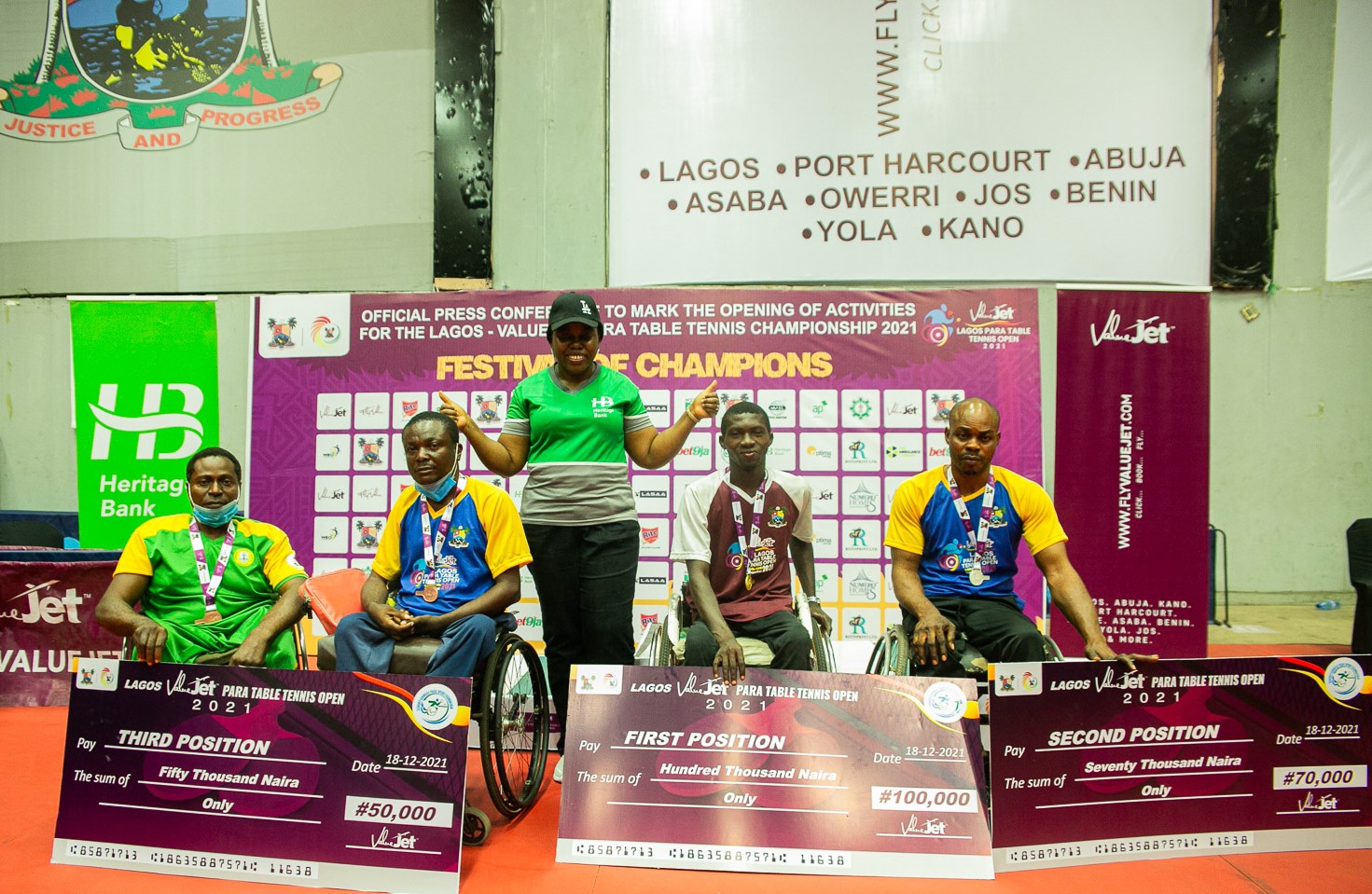 Heritage Bank plc has reiterated its commitment to promoting sports in Nigeria, in partnership with Lagos State Government to back the 3rd Edition of the annual Lagos Value Jet Para Table Tennis championship.

Speaking to the media during the games, the MD/CEO of Heritage Bank stated that the bank’s commitment to sports and its partnership with Lagos ValueJet Para Table Tennis resonates from the institution’s brand passion to support sports, especially for the physically challenged that would help in wellbeing, health and by extension nation building.

According to him, Heritage Bank believes in development and having the tenacity to develop Nigerians both young and old, whilst encouraging the physically challenged especially the participants of the para table tennis that this game is capable of helping them to keep healthy and fit.

He commended the Para–division of the Nigeria Table Tennis Federation (NTTF), Sunday Odebode’s Para Table Tennis Foundation for organizing the competition as well as the Lagos State Government for playing a leading role in the development of sports in the country.

Sekibo who was represented by Ozena Utulu, the Ag Group Head, Corporate Communications also recalled the support it received from the Lagos State government when it organised the Skoolimpics, its signature sporting event with more than 6,000 students from over 600 public and private secondary schools from the six educational districts of Lagos Sate in attendance at the three-day sporting fiesta held in 2017.

According to him, Skoolimpics is an idea conceived to bring into being a national sports festival for young people in secondary schools aimed at helping the country discover young talents who will re-ignite the spirit of excellence in competitive and recreational sports.

“The idea was intended to be a holistic development of young people in order to foster their physical, social and emotional wellbeing. It is a well-known fact that physical education and sports help in character and community building, delinquency reduction, community safety, economic and social development,” Sekibo stated.

In similar manner, First Lady of Lagos State, Ibijoke Sanwo-Olu reiterated the government’s commitment to continually put measures in place to play-up the welfare, wellbeing and interests of the physically challenged.

Sanwo-Olu represented by Grace Igbokwe advised the participants to continue investing the right energy and zeal into training, whilst cautioning them to take their education even more seriously and equally draw inspiration from great Table Tennis players who are making waves nationally and internationally.

Coordinator of the tournament, Sunday Odebode, said fans would witness the emergence of new stars in the kind of Christian Ikpoyi, who is rated number 10 in the world, to replace the ageing Nigerian players.

“My Biggest Regret in 2021”- American Based Actress Reveals

2022 And Alerzo’s Plan For Informal Retailers

Construction Technician, others get Glo Festival of Joy prizes in Onitsha