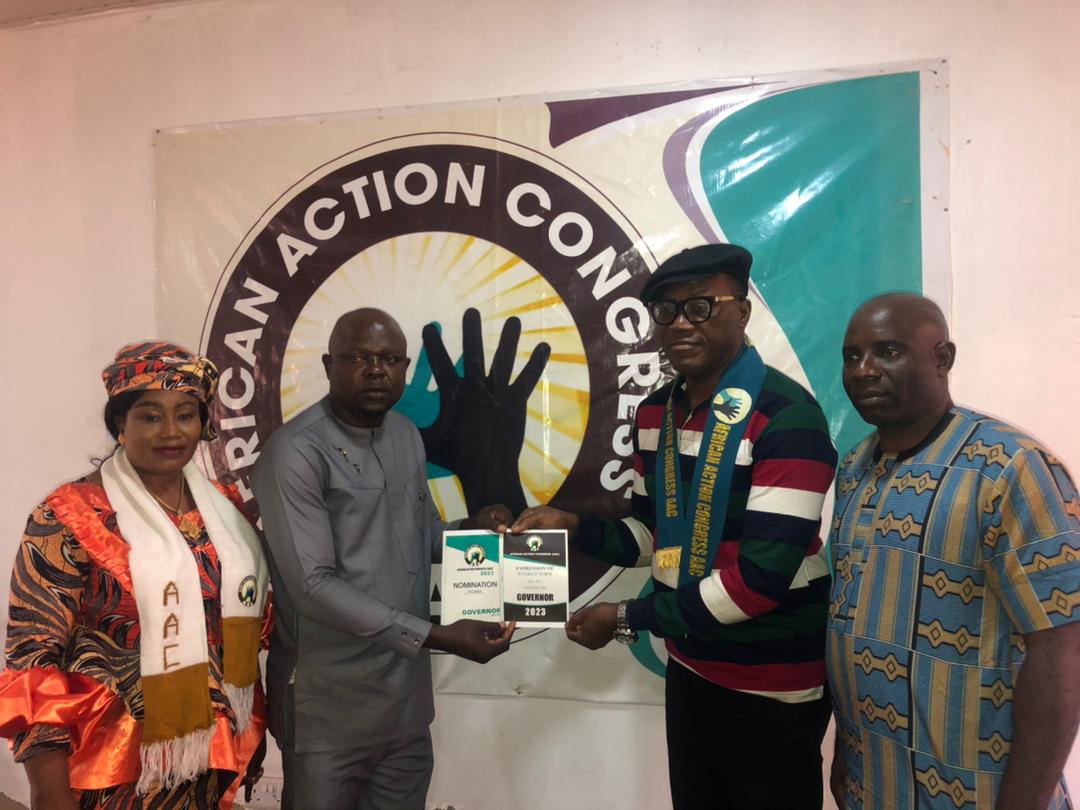 Former member of the Ogun State House of Assembly Hon. Adeyemi Harrison has picked the expression of interest and nomination forms to contest for the governorship ticket of the African Action Congress Party (AAC) for Ogun State in the 2023 general elections.

The gubernatorial aspirant stormed the national secretariat of the party in Abuja with his teeming supporters on Friday to pick the forms and as well intimate party loyalists of his interest to redeem the long lost glory of the gateway state.

Hon Harrison addressing Party faithful shortly after collecting the forms expressed confidence that he will be a candidate to beat, adding that, he is better equipped to rescue the state from the scourge of successive administrations who had put the state on the part of unsustainable growth.

“I pledged to the good people of Ogun state to implement a robust governance blueprint centred on the three thematic areas of agriculture, youth empowerment and security”.

“I joined the race, confident of my ability to win the election for the AAC, I am not joining the race for the fun of it. I have satisfied my conscience. And I have justified my conviction that I am fit, capable and prepared to drive and steer the ship of Ogun State to greater heights”

If emerge the party’s standard bearer, Hon Harrison is seeking the oke mosan office against the incumbent Dapo Abiodun of the rulling All Progressives Congress, APC and other aspirants from other political parties in Ogun state.

Related Topics:Adeyemi Harrison
Up Next