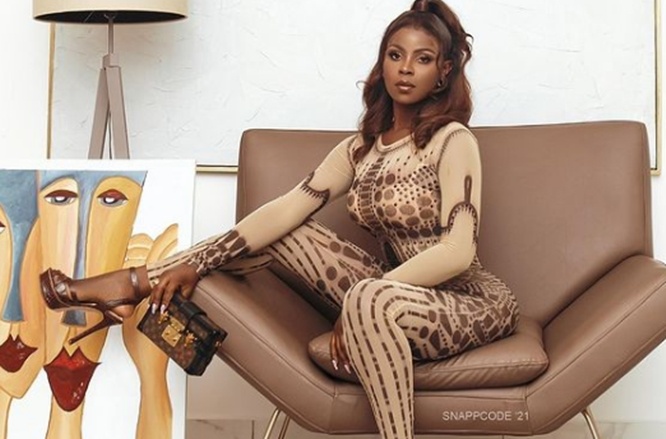 Former Big Brother Naija contestant, Abiri Oluwabusayo Khloe, has revealed that she one drank various chemicals in a bid to end her life because her naked photo was leaked on social media.

The controversial reality star disclosed during an interview with media personality Taymesan that she almost succeeded in taking her life, but was eventually rushed to the hospital.

Khloe revealed that the photo was taken while she was still unconscious after he cosmetic surgery and the person decided to share it on social media.

She said she drank anti-septic and various soap-washers just because she felt she could not face the shame of her naked photo being circulated online.

She said she cannot tell who took the photo but she is sure the person is being handled by God.

See also  I Cured Myself Of Being A Gay With Pretty Women – Philippines President, Rodrigo Duterte
Related Topics:Abiri Oluwabusayo KhloeBBNaijaBig Brother Naija contestantcosmetic surgeryKhloe
Up Next