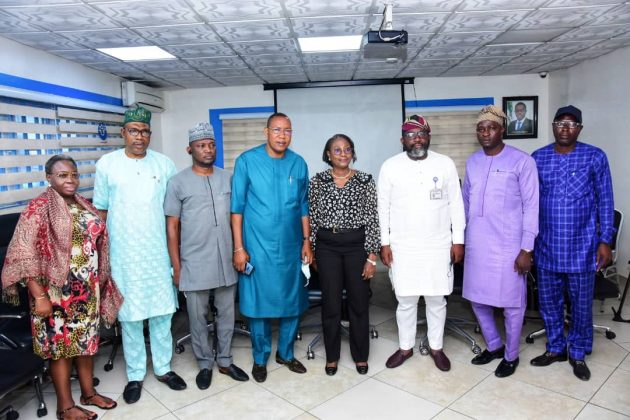 The Lagos State House of Assembly has charged the Ministry of Transportation, related departments and agencies to ensure effective enforcement of the State’s transportation laws, especially as it relates to commercial motorcycle riders.

The call was made by the House Committee On Transportation which is currently on its oversight to the various agencies.

During a visit to the Ministry, the Motor Vechicle Adminnistration Agency (MVAA) and the Lagos Metropolitan Area Transportation Agency (LAMATA) on Tuesday, the Chairman of the Committee, Hon. Temitope Adewale, said that effective enforcement of the laws would save residents and discourage the plying of major roads by Okada riders.

He said such enforcement would also help to stop the use of one-way by drivers.

Adewale, who commended the management of MVAA over its revenue generation, advised the agency to device means within the laws to actualise its mandate inspite of the challenges facing it.

According to the lawmaker, based on the revenue generated so far by the agency, it shows that Lagos is a prosperous State despite the country’s economic downturn.

At LAMATA, the commiittee chairman commended the agency for ensuring effective mass transit, adding that the state would continue to witness infrastructural development in the transportation sector.

Adewale also urged the agency to quickly complete ongoing projects so that new ones should commence before the weather becomes unfriendly.

Meanwhile, the Commissioner for Transportation, Dr Fredrick Oladeinde, said the ministry would continue to work with the House of Assembly to ensure the effective delivery of dividends of democracy.

Oladeinde said the ministry would further ensure that people are able to drive seamlessly from one point to the other without fear as he said the State has a transport masterplan which would address the challenges facing the sector.

On his part, Mr Oluwatoyin Fayinka, Special Adviser on Transportation to Governor Babajide Sanwo-Olu, canvassed for budget line to enhance the productivity of his office.

Also, the General Manager of MVAA, Mrs Lape Kilanko, pointed out the challenges facing the agency as he sought the assistance of the House in addressing them.

Kilanko lamented that local governments and Local Council Development Authorities, LCDAs, were collecting the revenue that the agency was saddled to collect and that this had affected the revenue drive of the agency.

She said the agency has accommodation problem which is affecting its productivity.

Members of the committee present at the oversight were; Hon. Ganiyu Okanlawon, Hon. Sylvester Ogunkelu and Hon. Tijani Surajudeen.

Related Topics:Lagos Assembly
Up Next