Oyetola To Aregbesola: We're Proud Of You, You Performed Well As Gov, You're Doing Well As Minister; Those Calling For Nigeria Break-up Ignorant, Says Aregbe 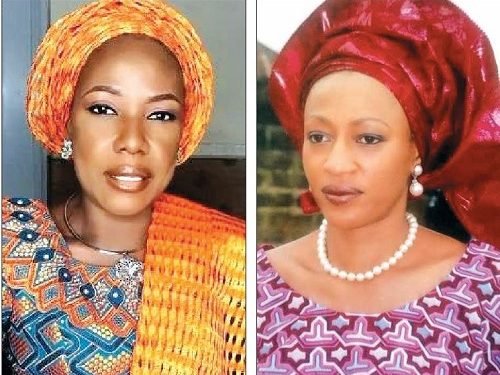 The political philosophers who fashioned out the democratic system seem to have understood human nature very well. They know that power corrupts and absolute power corrupts absolutely and they created the three arms of government, the executive, judiciary and the legislature.

Of the three arms, the legislature somewhat stands on a pedestal due to the unique functions that it is saddled with in a democracy; law-making, oversight functions and being representatives of the people. It is for this reason that the military that often interrupts democratic governments first suspends the legislative arm and replace them with the military ruling councils of any nomenclature they want. The executive and judiciary seem not to have suffered the same setbacks.

In Nigerian democratic experiences, the executive often appears to be too powerful and the legislative arm often suffer too much loses in terms of getting the democratic processes to function without interferences. The executive at both federal and state levels seem to monopolize power in ways that often derail democracy. In Nigeria, the President and governors seem too powerful and this is why most lovers of democracy are clamoring for the devolution of power and restructuring of the country.

Democracy is a game of numbers and that means that the gender representation in all tiers of government must have a level of balance for democracy to flourish. This is one of the fundamental problems of Nigerian democracy. There is a monopoly of power by the men at all levels. At all levels we see the crass abuse of power by the executive either at party levels or after inauguration. We have seen the tokenism that has been women participation in Nigerian politics. The legislative arm is where laws are made do not have enough women due to executive interferences at state levels as they often insist on determining who gets what.

There have been dire consequences as Nigeria ranks globally, continentally and sub-regionally lowest in women representation in parliament.

The RoundTable Conversation has been researching into this very huge problem as a way of discussing the Nigerian political problem – the lack of a balanced inclusiveness of women in politics. We spoke to Hon. Kate Raymond Mamuno, a retired civil servant and the only female in the Adamawa House of Assembly who also chairs the House Committee on Finance, Appropriation and Budget and the Committee on Women Affairs.

In her years in the civil service, she had observed the problems of women and development in her constituency and the fact that some cultural and religious nuances empowered men to exclude women in leadership at all levels. Having done her bit in the civil service she believed that venturing into politics could give women a louder voice. She had the first female senator from the North East, Senator Grace Bent as a mentor who she learnt a lot and got huge encouragement and support from.

To Mamuno, times have changed from the parochial ideas of the past that implied that women are only good for domestic duties and child bearing. To her women must be ready to go out there and fight to access power as men would not offer that on any platter. It is left for women to collaborate with men in ways that can be mutually beneficial because men and women can only complement and not compete with each other for development to happen.

She believes that politicians in Nigeria must learn to work together and women especially must team up to achieve better political visibility and relevance. Women must begin to work as a team and that is why she believes that the formation of the Adamawa Women in Politics both at home and in Abuja can help galvanize efforts for an increased presence of women in politics. Women are in a better position to understand and work on issues that affect women and the youths. This is because when you empower a woman, you empower a nation because they invariably reinvests in their homes and children.

To her, having a voice for women in the legislature is priceless because all the gender based violence and prejudices must be talked about by those wearing the shoe and who know where it pinches. Women in the country must be politically alert because even working with men who understand the issues cannot be overemphasized. She acknowledges that some men actually support women in the field. The governor of her state, Ahmadu Umaru Fintiri has been supportive in approving the financial resources needed to facilitate the projects that can help the female population and youths.

Hon. Kate believes women must know their rights. Nobody should take women for granted but help them to know and demand their rights so that things like violence of any type, child marriages and illiteracy can be eradicated and there would be development. It is a pride to be a woman and every woman should be validated to realize that they have potentials. Many good men are always ready to support women but women must first know their rights. We must all ensure that more women come up and are equipped for nation-building through enlightenment and advocacy. We as women must take responsibility for the development of our nation.

Princess Adekemi Adewunmi is an educationist, entrepreneur and experienced politician who has been in the field since 1998. She has seen and experienced the good, the bad and ugly of Nigerian politics and is in a good stead to analyze the issues and proffer what in her evaluation are ways to solve the lack of gender parity in Nigerian politics. Having contested to represent her Ekiti constituency at the Federal House of Representatives in 2019 after many previous attempts were seemingly sabotaged, she believes that the dysfunctional system in the Nigerian political field that has stalled development in the nation is not a natural disaster that is beyond Nigerians to solve.

She believes that many politicians in Nigeria do not have the interest of the people at heart and when a public officer does not understand that leadership is about helping the people to have a better life, the whole system suffers. As someone who got startled by her research findings about the Nigeria political system even before independence as part of her Master’s degree thesis, she believes that we must all as Nigerians make a conscious decision to create a better country for our children and impact positively on the people..

She believes that at the core of our political problem across the country is the pursuit of power for its own sake by most politicians. There is a big disconnect between the intensions of most politicians and the rhetoric they mouth at campaigns and internal party operations. To Princess Adenike, the people and their welfare must be the guiding principle of anyone seeking political power. The fact that Nigeria is the poverty capital of the world given how blessed with both material resources and human capital is an eloquent testimony that many political players are not there to give service to the people.

As one who has gone through the political crucible, there is a preponderance of politicians with zero altruistic intent. Her research was an eye opener to her and she felt she can only contribute by being a participant but as a woman, the Nigerian political environment needs a lot of reorientation and re-evaluation for us to make progress. She believes that there must be internal party democracy that provides a level playing field to everyone who wants to contest and the beauty of democracy is the fairness of allowing the people to choose their leadership.

She believes that people at the grassroots know genuine individuals whose pedigree guides their actions and so even if charlatans decide to influence them or induce them with material gifts, they would always choose those they have faith in to serve them diligently and honestly. Gender has nothing to do with service deliver and she is sad that most male politicians display a nauseous entitlement mentality even when they have nothing to offer the people repeatedly across different electoral periods.

She believes that women hold the key to how they should be treated by the men in politics but everyone must show a sense of patriotism to the nation by making sure that all the shenanigans that all political parties tolerate from most male politicians must be checked if we must move out of the poverty capital of the world position. Leadership is a serious business and is not about gender. Women leaders are making waves around the globe in admirable ways so why not Nigeria? We must all begin to dismantle all the divisive factors like ethnicity, religion and gender.

To her, many older female politicians have set good examples in the ways they have fought for gender parity in the Nigerian political space. Women like Iyom Josephine Anenih, Hajia Maina and Grace Bent are some of the mentors she believes have worked so hard for women’s voices to be heard. They are the ones she says she is learning resilience and courage from and she feels Nigerian women need more of such women for an impactful participation in politics.

Adenike believes that greed by some men she describes as ‘political businessmen’ in politics is ruining the country because they are just in politics for the political expediencies. Until the national and party constitutions and not abuse of power by the men begin to guide political party primaries to choose party candidates, our democracy cannot grow and our children would inherit a shambolic country if we continue this way.

Women must take their spaces in the political field and refuse to be intimidated because democracy is about the people and their choices. People that have consistently played selfish politics must be flushed out with rule of law and pursuit of equity and fairness. Women must refuse to be blackmailed and frustrated out by incompetent men. There are female politicians too that display the Stockholm Syndrome but time will weed them out. . They often lack the zeal to mentor other women and easily forget that power is very ephemeral. They never think of legacies to leave.

AT LAST! BUA Increases Price of Cement by N200