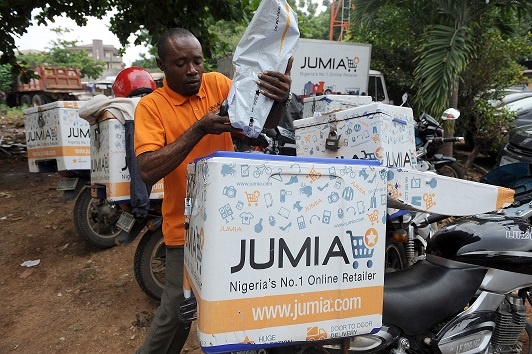 The argument against the profitability of Ecommerce in Africa has been the lack of infrastructure, especially the difficulty with connection and inroad to rural areas where the majority of Africa’s population resides.

A 2019 report by the World Bank showed that 49% of Africa’s most populous nation, Nigeria, live in rural areas of the country. Ecommerce thrives on mobile internet and road network technology. As of 2020, there were over 169 million mobile phone connections in Nigeria which makes the country a ready-made market for eCommerce. Though internet penetration increased to 42% with 85 million Nigerians connected to the internet, these rural areas of the country are still very much littered by bad roads and poor internet connection. To the residents, eCommerce thus becomes somewhat a luxury.

However, the effort of eCommerce players in Nigeria, especially the continent’s market leader Jumia, is eliminating the roadblocks and increasing connectivity in previously inaccessible areas in Nigeria. While the company’s logistics technology and services are making inroads into the rural communities, Jumia is also helping small businesses reach customers in diverse rural settlements via strategic partnerships.

A good reference point is the company’s logistics partnership in Rivers State which helps to connect eCommerce services to residents of riverine areas such as Okrika, Kukuma, Ahoda, Eche and others.

“Typically, the rural areas do not have sufficient access to everyday goods all the time. Probably once in a week or two weeks, but with us right here in Rivers State, for the fact that we represent Jumia in this axis, we are able to deliver whatever they order for. They can get it day-to-day and on time. We make sure that customers have access to e-commerce day-to-day in their daily lives. It doesn’t have to be a once in a while situation but an everyday thing,” said Odubu Bekinbo, C.E.O of Ex & Ex Logistics Limited, a partner with Jumia in Rivers State.

This partnership is also helping to advance digital literacy. According to Bekinbo, the company has been able to initiate some rural settlers into the process of shopping online from their phones. “The ability of some customers to be able to use their phones or internet has prompted us to be able to educate them on how to shop on Jumia. We have been able to hold one or two seminars at different points in time. We have been able to get agents to partner with us and educate these people on how to make their orders every day.”

These initiatives no doubt are having a ripple impact on employment creation and human capital development. Bekinbo started her collaboration with Jumia as a one-man army four years ago. Today, she has employed twelve more hands.

Bringing the rural market onboard the online shopping culture will be a major win for eCommerce in Africa and will open up the enormous economic potential on the continent. From indications, the industry, led by the major players, is determined to keep an upward trend on initiatives that speak to the needs of rural communities, in order to gain their buy-in and trust in eCommerce offerings.