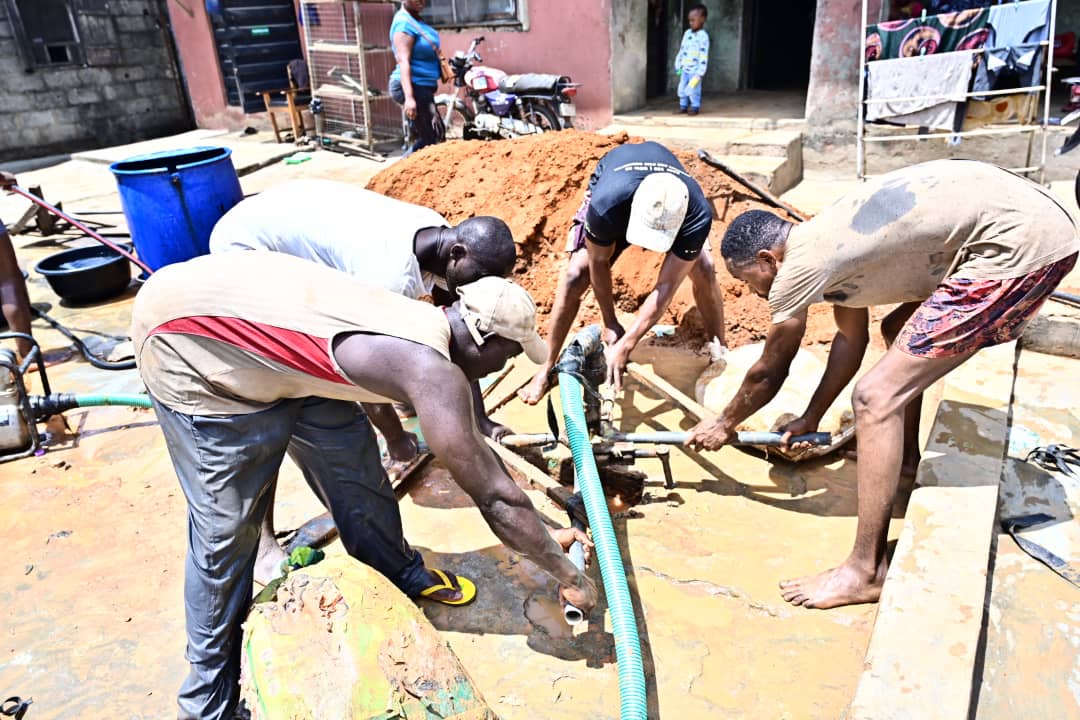 In a space of less than two months into office as executive chairman of Oshodi-Isolo local government, Otunba Kehinde Almoroof Oloyede, has started his administration on a sterling note.

The latest project embarked upon by the council boss is the digging of pipe-borne water across various wards of the council in order to solve the water problem within the local government.

The water project kicked off at Adisatu Street, Ogunoloko ward, on Thursday with cheers and praises from members of the community as they less expected the execution of such project from a government that is less than 2months in office.

Speaking with newsmen during on the site visit, the chairman of the Adisatu Community Development Association, Alhaji Yusuf Ayinde Saka, could not hide his joyful feelings as he poured praises and prayed fervently for the continued success of Kendoo’s administration.

He said; “when we met with the chairman during the campaign he told us he won’t tell us what he wants to do, but stated that all the communities in Oshodi will see him in action once he resumes office as chairman and true to his words, this is what we are seeing here at Adisatu street in less than 2 months he assumed office he has started this water project for us, we thank him and pray for his success in office.”

The landlady of the house where the water project is situated, Mrs Morufat Jimoh, popularly called Big Mummy, also expressed appreciation to the council chairman for instituting pipe-borne water project in the community.

“This is highly commendable, we thank the chairman for this water construction for us at Adisatu, it is surprising to us that a government that just come into office can do this.I pray God to bless him more,” she said.

Like Oliver Twist, however, the landlady asked for more as she appealed to the council chairman to help them fix the Adisatu street to a motorable condition, saying the road is in a deplorable state.