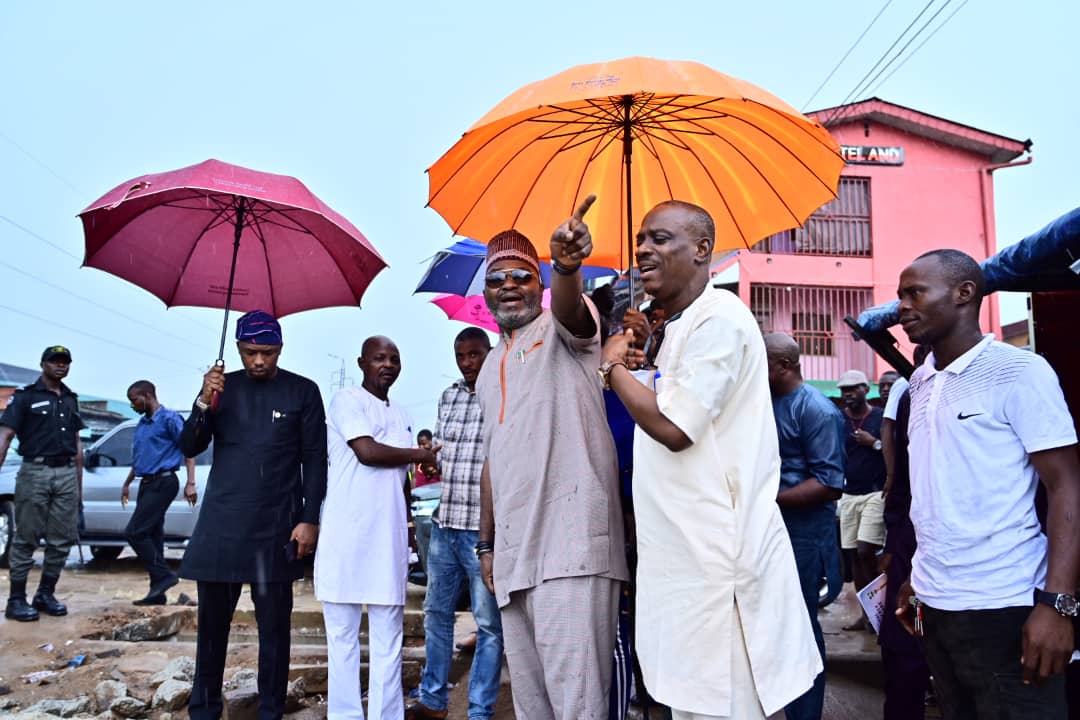 The Award which was part of the first year lecture of a communication outfit, Pitch Communication and Alimosho Tv which held at the prestigious Radisson hotel ,Issac John street GRA Ikeja,was attended by dignitaries including the representative of the chairman of National Drug Law Enforcement Agency,Bri Gen. Buba Marwa,who was represented by the Lagos commander of the Agency.

The outfit disclosed that it took decision to bestow the award on the chairman owing to the number of roads he has initiated and completed during his one hundred days in office.

Receiving the award on behalf of the Chairman,Comrade Gbenga Soloki acknowledged the sincerity of the organizers of the programme, and restated that the award will spur the amiable council boss to do more.

Comrade Soloki equally disclosed that aside the twenty roads the council boss promised,he has surpassed it, and presently on twenty four roads in the spate of 100 days,and that other pro people projects like twelve borehole sank,two Ambulance buses procured.

He promised that Education,Youth Empowerment and training will top the priority of the administration in the coming year.