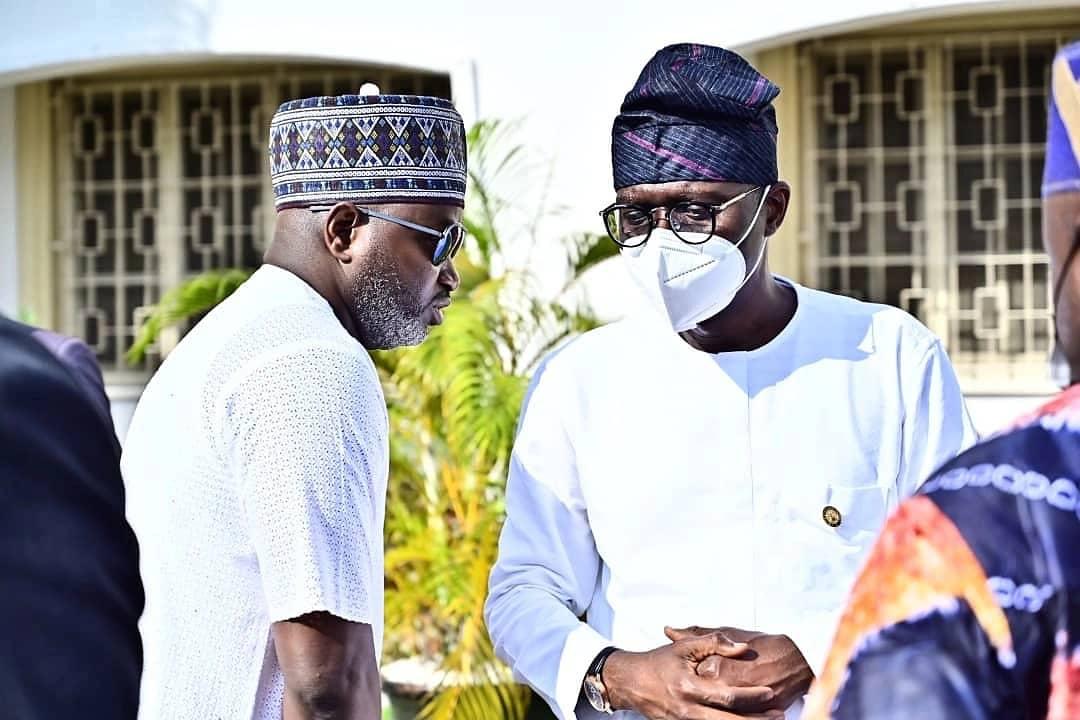 Oloyede was declared the winner of the election by the tribunal on a judgement it delivered on Thursday, 30 September 2021.

The tribunal had ruled that the Executive Chairman of Oshodi-Isolo local government, Otunba Oloyede was duly elected at the last Saturday, July 24, local government elections in Lagos and his subsequent sworn in as chairman.

Speaking on the outcome of the election tribunal, Akinbiyi said he has accepted fate as ordained by God and hoping that good things come his way in future.

“The Lagos State election tribunal have given their verdict and judgement against the will of the masses but I have the constitutional rights to appeal the judgement at appeal court but I strongly believe Allah give POWER AND VICTORY and I am a comrade that always preach violence-free, peace and youths participation in politics. I am the youngest Chairmanship candidate in the history of Lagos State local government election which I believe the future is bright and soon Restoration agenda is coming to my dear state Lagos,” he said.

Having conceded losing at the tribunal, Akinbiyi said he wished Otunba Oloyede success in office as he urged him not to forget the election promises he made to the people of the council.

“As a good sportsman and a dogged and astute comrade, I wish the executive chairman of Oshodi isolo LGA Hon. Kehinde Oloyede Almorof best of tenure and I want to remind him that the promise made should be fulfilled and the dividend of Democracy should be given back to the citizens of Oshodi because OSHODI ISOLO LGA belongs to all of us which my great grandfather owned the land I am from a true son of the land from Awori tribe of Ewu KINGDOM in Oshodi isolo LGA. I pray to Almighty Allah to grant him the wisdom and knowledge to be able to deliver effective Amin.”

See also  We Will Run an All Inclusive Government -Kendoo

He said; “I must really appreciate my apex leaders in PDP Oshodi-Isolo LGA , I will not mention names, my mentor, my councillorship candidates, elders, my friends, party members, followers, my human rights groups, Nigeria students association bodies and my lovely fans who believe in my political ideology and support in term of financial assistance and encouragement, prayers, motivation, may Almighty Allah continue to strengthen them and enrich them abundantly amin”.

Speaking on alleged receiving bribe from the APC candidate, Akinbiyi said, there was never a time he received any money from the party to step down his ambition.

“Many of my party members and followers think that I have collected money from the APC Chairmanship candidate which by my training, foundation, watchwords and Ideology as a radical and astute activist that preaches against BRIBING AND CORRUPTION I will never involve in such act which I stand firm even if I don’t have money my INTEGRITY SPEAKS FOR ME IN THE GARDEN OF TRANSPARENT AND TRUE COMRADESHIP. I am challenging an individual who said I collected money with evidence to come out Publicly,” he said.

In his reaction, the executive chairman, Otunba Oloyede, thank Akinbiyi for having the courage to contest and challenge the election results at the tribunal as he said he has no personal grudges against him but love.

Otunba Oloyede assured to keep his promise of rebuilding, rebranding and enriching the people of the council through the provision of adequate job opportunities.

He said; “It’s been a journey at the tribunals, I salute your courage and wish you best of luck in your future endeavour. I promise to keep my promise of rebuilding, rebranding and enriching our people by providing adequate job opportunities for our people. I invite you to come forth with advice on how to best improve the lives of our people, I also want to let you know that I, Otunba Kehinde Oloyede Almoroof have got nothing but love and mutual respect for you.
Thanks for the kind words. Love OTUNBA KEHINDE OLOYEDE ALMAROOF.”