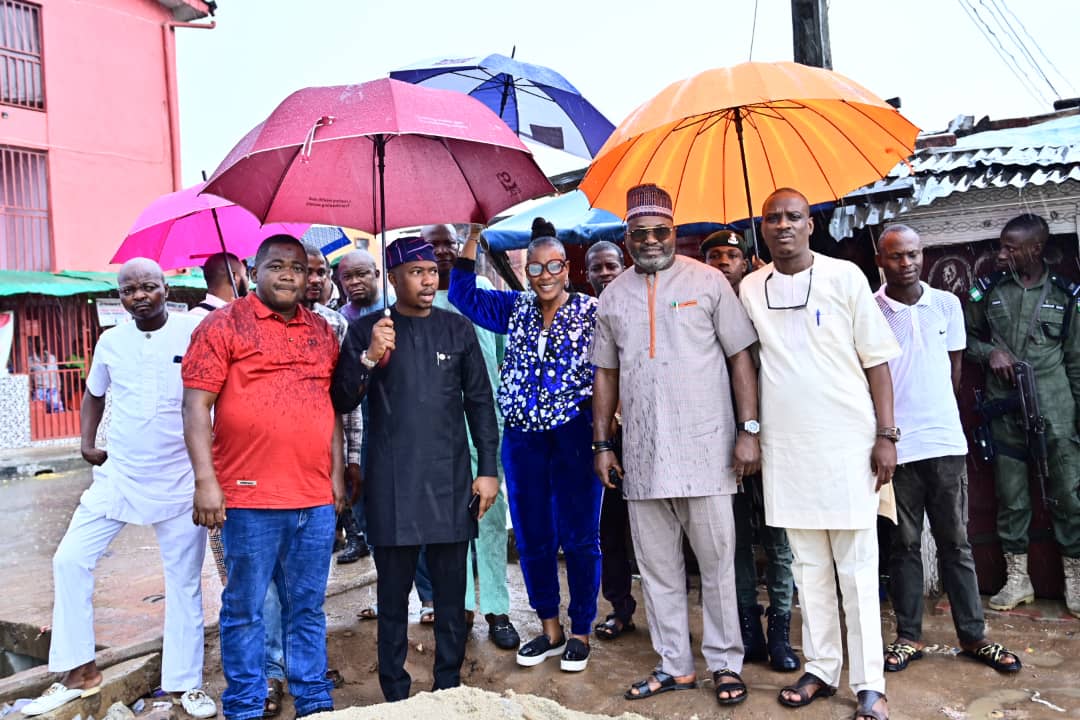 The monitoring team of the office of the executive governor of Lagos state, Mr Babajide Olushola Sanwo-Olu has lauded the roads rehabilitation works embarked upon by the chairman of Oshodi-Isolo Local Government, Otunba Kehinde Almaroof Oloyede aka Kendoo.

The Monitoring Team which visited the roads project works on Thursday commended the giant strides of the chairman for building a first class roads in Oshodi.

The team, led by Mr Amodu, lauded the giant strides of the executive chairman.

He said what they meant on the roads visited are world class standard roads construction.

The team hailed the council helmsman and urged him to keep up the pace.

Oloyede who conducted the team round the massive roads projects within the council thanked the team for the visit and reassured them that his administration will not rest on its oars until all roads in Oshodi are motorable.