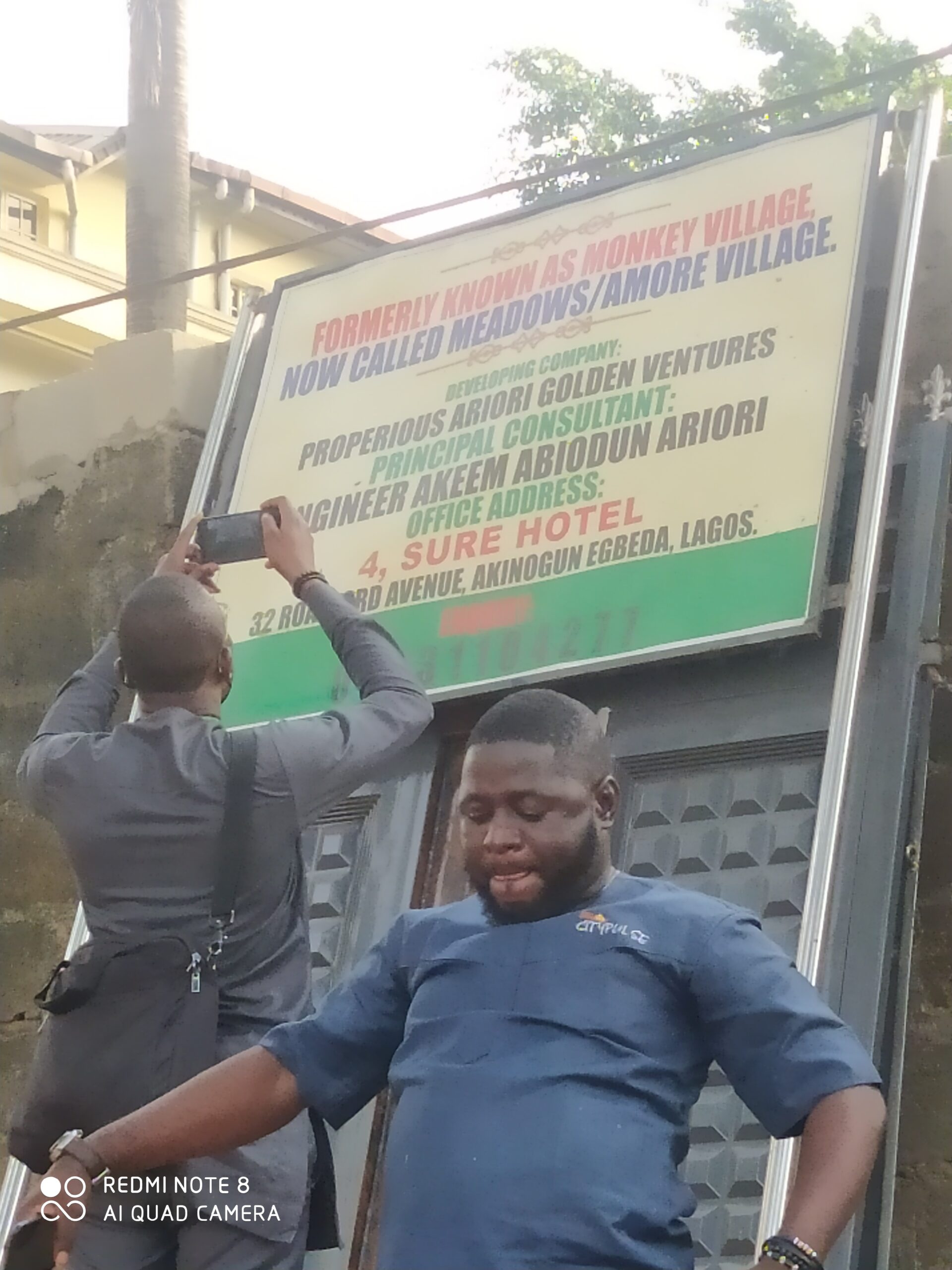 …Thanks LASG for intervening

The long protracted land tussle over many plots of land originally owned by the popular Meadows’ family, but being hotly contested by one Barrister Monday Ubani as being the rightful owner having bought it from supposed land grabbers, may just have been brought to a judicious end, with the Meadows’family getting back their land with immediate effect and full authority over it without any further encroachment on it.

In this regards, the family is now full of thanks to the Lagos State Government for its quick and logical intervention over the matter.

According to a release last, the family of Late Gabriel Meadows has shown gratitude and appreciation to the Lagos State Government under His Excellency, Governor Babajide Sanwo-Olu, for re-claiming their plots of land for them from land grabbers.

Speaking on behalf of the family at a press briefing last Monday, Mr. Tosin Meadows, one of the grandchildren of Late Gabriel Meadows, with what the state government has done, they’ve been able to restore hope to the masses that no land grabber can hijack any property from its original and authentic owner; it also shows that there is no room for land grabbers in Lagos state again. He urged Mr. Sanwo-Olu and his team on land matters to keep up the good work.

During the  briefing Engr. Ariori, who happened to be the developer for the Meadows’ family, also extended full appreciation to the Lagos State Attorney-General and Commissioner for Justice, Mr. Moyosore Onigbanjo (SAN,) who thoroughly investigated the case and was able to establish the facts that the portion of lands really belongs to the Meadows’ family.

Establishing the facts, Barrister Moyosore referred to certain judgments obtained from various courts viz: (High Court – Suit No. LD/513/80. Court of Appeal – Appeal No. CA/1/92 and the Supreme Court – SC/146/1995), and other documents showing the Meadows official and original title to the land, to substantiate their position and claims.

Engr. Ariori vehemently warned violators not to come close to the land again after the state final judgment.

Recall that a Committee of Inquiry set up by the Lagos State Attorney-General and Commissioner for Justice, Mr. Moyosore Onigbanjo (SAN) to look into the complaint of a lawyer, M.O. Ubani (Esq.) published on social media on the 31st December 2020, in respect of a land situate at 1, Folorunsho Kuku Street, Opebi, Ikeja, Lagos, has submitted its final report.

In order to investigate all claims, the Committee invited all the parties involved to its sitting which commenced on 4th January until 1st of February, 2021, to ascertain the identity of the land, upon which enforcement was carried out and determine the present legal status of ownership, as well as the level of involvement of the State Government Agencies.

It was established that the Lagos State Special Task Force on Land Grabbers (LSSTF) took its action based on the petition received from Messrs Millan Solicitors, on behalf of the Meadows’ family, to eject the occupants of the land in contention, which harbours shanties, mechanics and miscreants.

The petitioners tendered copies of judgments obtained from various courts (High Court – Suit No. LD/513/80. Court of Appeal – Appeal No. CA/1/92 and the Supreme Court – SC/146/1995), and other documents showing their title to the land to substantiate their position.

Consequently, the Coordinator of the Lagos Task Force confirmed the authenticity of all documents presented by the petitioner and obtained approval to embark on the enforcement, in conjunction with other government agencies whose representatives were part of the Committee set up to establish facts of the matter – Ministry of Justice, Ministry of Physical Planning and Urban Development, Ministry of Transportation and Office of the Surveyor-General, Lagos State.

Before embarking on the enforcement, steps were taken in compliance with the relevant laws guiding removal of vehicles of the mechanics illegally operating on the land; removal of the shanties and ejection of the hoodlums from the site.

The Committee members conducted a thorough physical inspection of the land on 4th January 2020 and established that despite the demolition carried out by the Special Operations Unit, the site was still being occupied by the hoodlums who even threatened violence and insisted that they should be left to reside at the location.

The Meadows’ family (the Petitioner) was also invited to the Committee and it was established that after the execution of the judgment of the High Court of Lagos State, some mechanics and miscreants dislodged them from the land and all efforts to remove the trespassers had proved abortive until the petition to the Lagos State Special Task Force.

Still on the matter, Ubani did not also provide any stronger and verifiable document to justify that the land truly belongs to Circle Nigeria Limited.

The findings of the Committee also indicated that:

Therefore, from all intent and purpose, the social media publication purportedly made by Mr. Ubani was to get public sympathy, whip up sentiments and probably blackmail the state government and its agencies from carrying out their legal functions. The claim of Mr. Ubani cannot be substantiated with relevant, admissible and cogent facts.

Lagosians are now rest-assured that no illegal takeover of property will henceforth be allowed by the government, which will always be committed to the rule of law. The Special Task Force on Land Grabbers Law will also be strengthened by granting the body the power to remove trespassers from any land and put the rightful owner(s) in possession of their property.

With your FirstMonie Wallet, Your Valentine has got a Boost With Bonus Data and Airtime