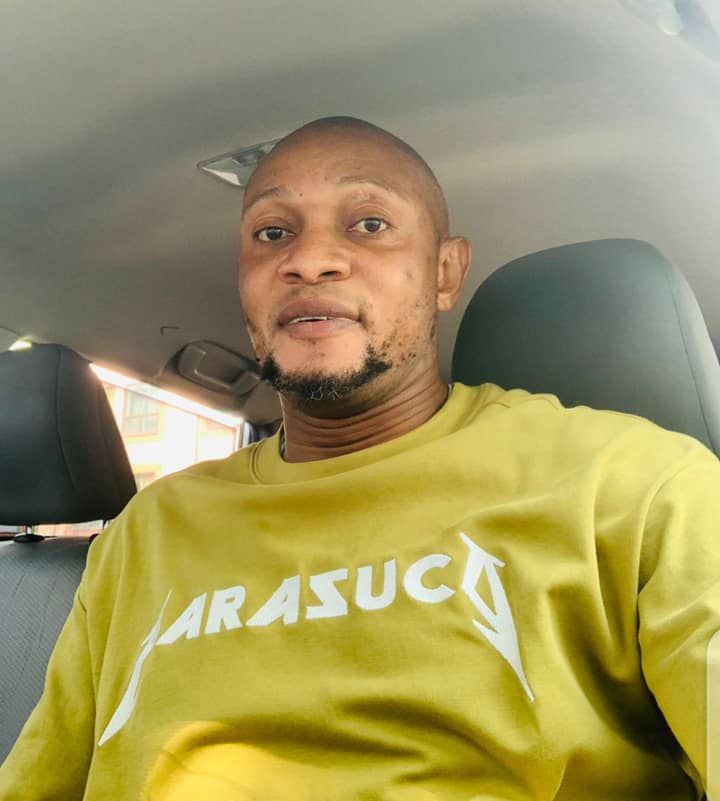 … How he celebrated his birthday on a low key

…The inspiring story of Nigeria’s most successful small chops outfit

…How he diversified into other sectors of the Nigerian economy

+ His unflinching love and support for the press

Some are born great while some have greatness thrust on them by virtue of destiny, just as some achieve greatness by sheer dint of hard work, perseverance and determination to succeed in one’s avowed mission on earth.

This latter is exactly the true and typical grass to grace story of the enigmatic and charismatic indubitable entrepreneur, Olanrewaju Jimoh, the indefatigable and astute-minded brain behind the soar-away and inimitable Laredo Small Chops outfit, one of Nigeria’s leading entities in this sub-sector of the culinary business, that is fast becoming a regular feature at most top notch and upscale social and business functions in the social and business spheres till date as it were.

The Laredo Small Chops brand today is undeniably a force to reckon with in Nigeria, and this rare feat can be attributed to the resilience, creative, hardworking and managerial ingenuity of resourceful Olanrewaju Jimoh, who many may not even know because the moniker, Laredo, has virtually faded out his real and birth names.

Laredo Small Chops is that basically small chops outfit that has been able to brave all odds in its volatile sector of the industry and eventually arrived at the enviable level of comfortably dominating the sector of catering for and providing assorted small chops and its appurtenances to A-list guests at several parties and events all over the country, and even in the Diaspora.

See also  Ize-Iyamu: When Grace’s God Is Upon a Man By Tunji Fagbohun

This is indeed a rare achievement for a business entrepreneur, who rose from little beginnings to appreciable local and international standards and wild applause, on account of its unequalled, prompt and unrivalled services, much to the amazement and somewhat hidden and subtle envy of its competitors, whom Lanre does not even see as competitors, but co-travelers in the train of success and complete customer satisfaction, just as the sky is big enough for birds to fly without touching one another. The way Laredo Small Chops was modeled from inception to big time playing, radiates genuine creativity and uniqueness in all ramifications, and this probably may have led to the fact that Laredo is always busy every weekend attending to the yearnings of party guests who could not wait until the readiness of real meals by whetting their appetite with the assorted array of Laredo’s specially prepared and garnished small chops and the likes.

Having seen the vision that the future of small chops business in Nigeria would be bright, Olanrewaju Jimoh braved all odds to throw his hat in the ring after having a stint at Saheeto Small Chops, another formidable leader in the pack, and today, he has never regretted ever joining the fray. Not someone who likes to stay in one alley doing the same thing, even while getting fantastic results, very resourceful and dynamic founder of the wave-making Laredo big brand, situated in the heart of Lagos Island with a magnificent edifice as its operational headquarters, with outlets scattered all over the place, the gregarious founder of this unique and well-patronized brand, known as Laredo, has over the years, diversified into other areas of business, which include but not exclusively limited to real estate, hiring and rental of earth moving machinery, road construction etc., while still holding tight and fastidious to the original goose that laid the golden egg, Laredo Small Chops Ltd. which has now become a big and long chain in the fast-evolving small chops business. Of course, the story of how the then young and impressionable Nigerian astute businessman, Olanrewaju, started in a humble and lowly manner is not new to many who are privy to his humble beginnings, having to hawk food for his struggling mother, at the popular Okesuna area of Lagos Island, even as a secondary school student, after school hours, and invariably developed the skill of cooking and selling from his mother, a rare and uncommon feat found in a fledgling male child back in those days.

A very dutiful and hardworking young boy, Laredo soon had a very deep passion for cooking and pronto, he got a job as a waiter prior to his delving into small chops production. Whenever his mates were either playing football or getting engaged in other playful activities and vices, Laredo was busy doing the business that would later make him, as providence would have it, one of Nigeria’s most successful business tycoons in that sector and other areas, and this is stating the obvious and never hyperbolic about this exceptionally gifted dude in the art of preparing small chops in a very dignifying and edifying manner for his unlimited number of clients that cross across all strata of the society, and the success story of Laredo has continued to be one resounding and un-put-down-able feat that will be a daunting task to wrap up in one piece like this miniature account of Olanrewaju Jimoh’s monumental and impressive climb from the lowest rung of the success ladder to the topmost rung, and he is still not resting on his oars.

One other things which has greatly helped in Laredo’s widespread growth in his business is his filial relationship with the members of the fourth estate of the realm, the press. It will not be out of place to say that Laredo has a very strong relationship with gentlemen of the press, whom he shares a strong bond with by identifying with them whenever they have one or two events to host, and this comes by way of providing in quantum varieties of his many items on display for their guests, and this he has been doing free for years without blink an eye. Kudos to Laredo.

Related Topics:Laredo Small Chops
Up Next

I Will Back Lawan For President – Umahi