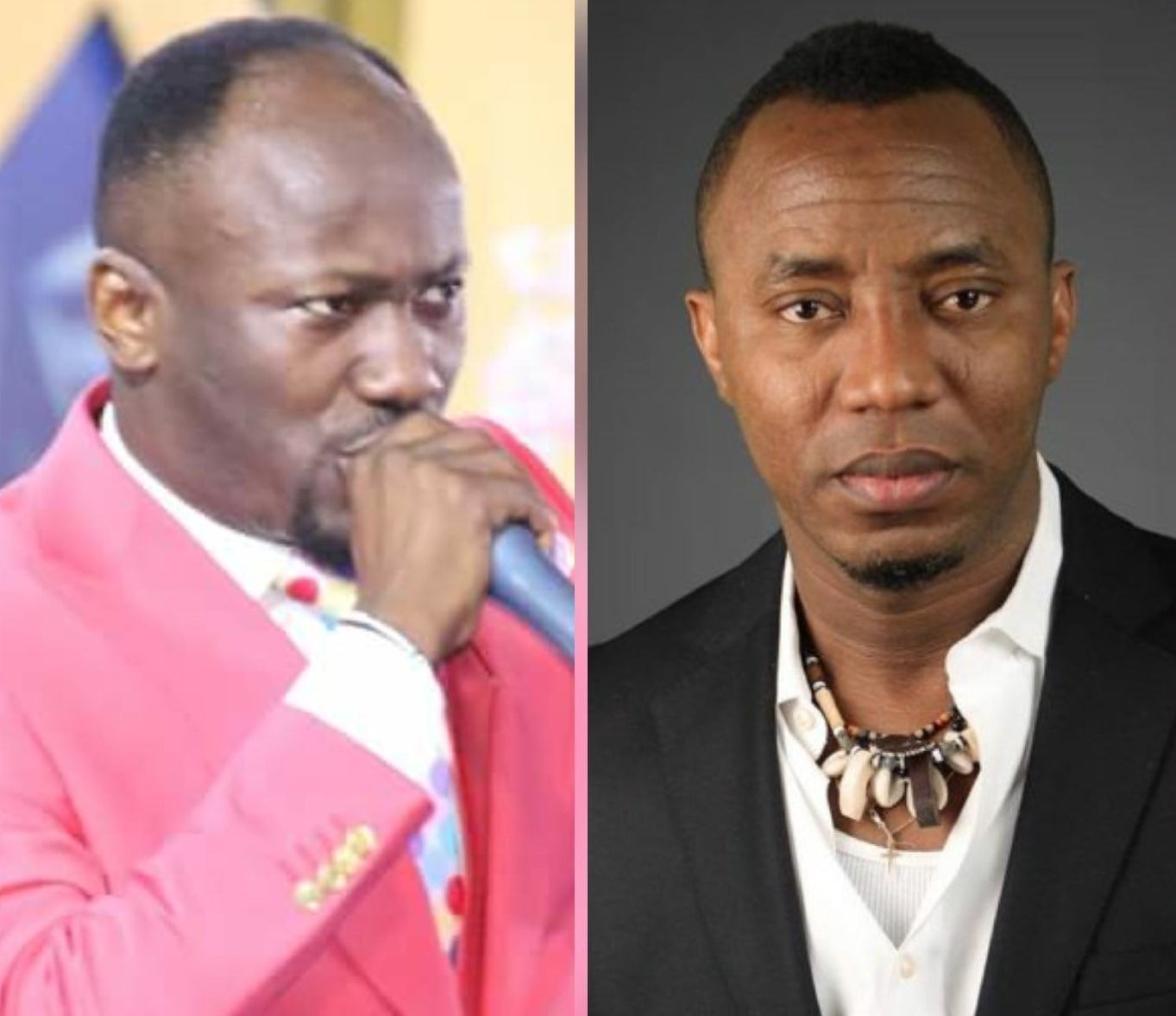 Apostle Suleman had dragged Sowore to court for libel, seeking payment of damages to the tune of N1bn (one billion naira only).

According to Suleman in his statement on oath, Sahara Reporters, which is Sowore’s online publication, published libelous materials against the man of God in March 2017, a defamatory publication that was given wide publicity, with the sole aimed to injure the reputation of Apostle Suleman.

The matter which is pending before Justice Lawal Akapo has witnessed several twists and turns. Only recently, Keyamo filed a motion of preliminary objection asking the court to strike out the suit for lack of jurisdiction. He claimed that Apostle Suleman sued Sowore instead of Sahara Reporters.

However, Osa Director (Esq), counsel to Apostle Suleman, averred that his client is at liberty to sue either Sowore or Sahara Reporters, or both parties jointly. Osa, therefore, prayed the judge to dismiss the application with substantial cost awarded against the defendant, Sowore, as he described the application as frivolous, lacking in merit, and a calculated attempt to waste the precious time of the court.

In his ruling, Justice Akapo dismissed the preliminary objection and awarded a cost of twenty five thousand naira against the defendant.

After the ruling which was described by Osa Director as ‘delivered with the clinical efficiency of a legal surgeon’, Keyamo tendered a letter before Justice Akapo seeking to withdraw his legal services to Sowore forthwith in the matter. It is unclear why Keyamo threw in the towel.

Meanwhile, the trial of the matter has been set for June 2022. For now, Apostle Suleman is deserving of his long-awaited victory in round one of the suit.

IBEDC Assures Customers of Quality Services During the Easter Celebration, Appeals Against Molestation of Staff