Men are Easily Attracted to Me but I Don’t Get Carried Away- Islamic Singer, Ewa Islam
Advertisement 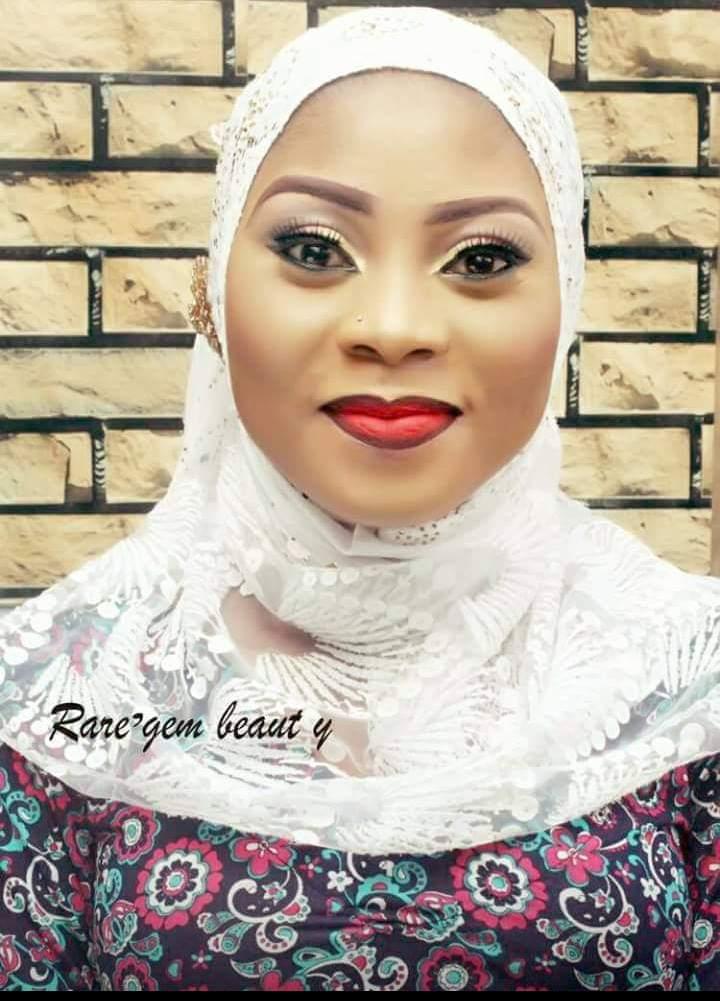 In the circle of Islamic music singers which is a component of the Nigeria’s music industry, young, beautiful and amiable Alhaja Opeyemi Mariam Abdulraq better known as Ewa Islam (Beauty of Islam) to some may appear to be a green horn, but that is totally contrary to the truth of the matter as the light skinned Islamic music artiste has been around for a couple of years, even though the coast has just been cleared for her sail and showcase the talent deposited in her to the world.

The pretty religious singer in this chat took us through a little about her world.

Contrary to the belief in some quarters that most Islamic artistes never saw the four walls of a class room, it is totally different in the case of Mariam as it has been the discovered she belongs in the group of those who are transforming the section of the music industry with the education they have acquired. Mariam revealed she’s a Mass Communication graduate of Lagos State polytechnic but she has her reasons for not practicing.

‘I am a graduate of Mass Communication from the Lagos State Polytechnic but music which is what I do is my passion and that is why it appears to be taking the whole of my attention. Although, I still do one or two things that relate with Mass Communication but it still has to do with entertainment.’  Speaking about how long she has been singing and her exploits so far.  ‘I started singing as a professional artiste some seven years ago and I have actually been showcasing my stuff at different places such that I can’t be said to be a green horn, at least among those who know me. Having said that, even though I didn’t have an album to my name until the one I just concluded work on, I have featured in a song with one Alhaji Rilwan. I think it is important that I say the fact that I was in school actually played a role in why my appearances or performances were restricted, so it was not as if I didn’t have songs to record. At this point however, I can say I am fully ready to let to the whole world that there is a sensation to watch out for in the Islamic music world that is known as Alhaja Opeyemi Mariam Abdurazaq a.k.a Ewa Islam. ’

Been in a trade that exposes her to the public and the fact that this singer is blessed with a beauty that would certainly draw attention to her, we sought to know how she handles advances from men. Opeyemi responds ‘laughs… that is actually a compliment so I say thank you. If we are to be truthful I will say it is only an unfortunate woman…what Yoruba call Oloriburuku Obinrin that will say a man should not make advances at her or admirer her but what I do as an individual is that I find a way to handle such advances that I don’t get anyone offended. Men do come but I can’t afford to be promiscuous by giving in to them all so I find a way to cope that I retain my integrity.’

Mariam made it known that getting to the present stage of her carrier has not been without challenges but grateful to God for his mercies. ‘I will be telling lies if I say all have been roller coaster to this level because one has actually been through so much. May be in the process of seeking assistance or lobbying for shows and all the rest, one has encountered so much, especially as a lady.  You go to some places for assistance and they are telling you to do give them something in return before they can help and all that, so it has not been easy but I give glory to God.’

Meanwhile, in her bid to put her recording career on a proper footing, come the month of October, Alhaja Opeyemi will be officially launching her debut album that is titled, Ewa Islam. The launch that is billed to take place 13th October at Ramonak Banquet Hall, U-Turn, Abule-Egba, Lagos, is expected to bring together those who matter in the world of Islam, her fans and top shots in the society. While Opeyemi is expected to entertain guests with her craft, popular Fuji singer, Abass Akande Obesere is also expected to add spice to the event with his performance. To gain access to the event, guests are expected to purchase Ankara fabrics designed for the event and details about it can be obtained through 0906691128

See also  How Customers’ Increased Trust in FirstBank’s *894# USSD Banking Can Boost The Financial Inclusion Drive
Related Topics:
Up Next