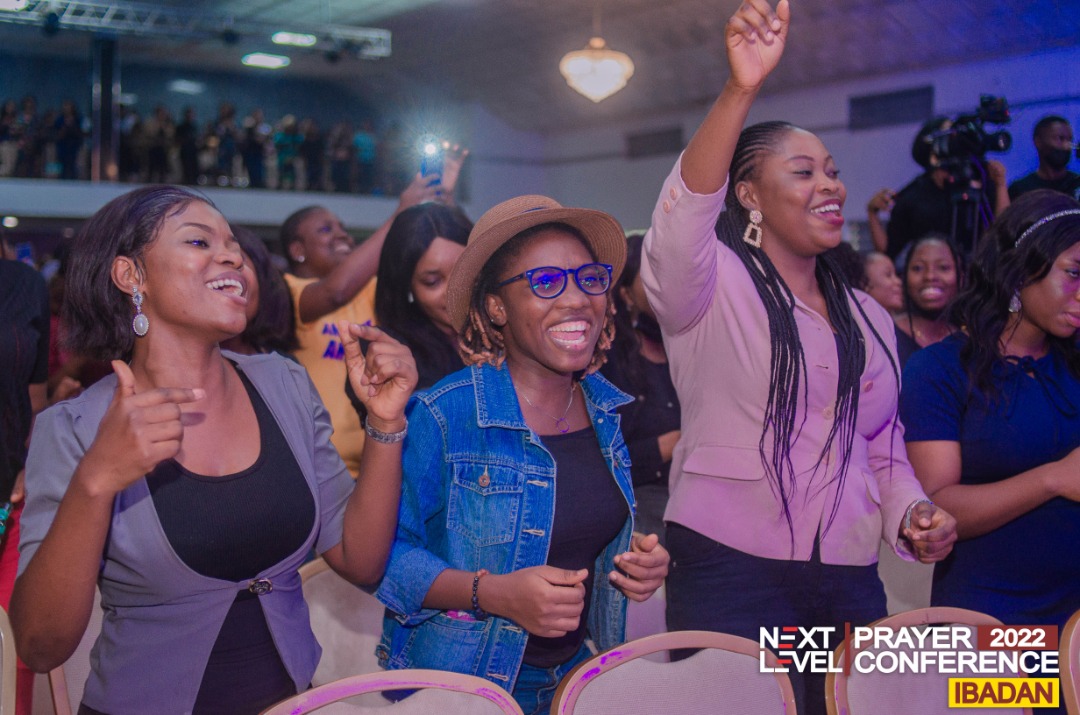 As anticipated, several healing, marriage, financial testimonies and miracles were recorded at the just concluded Next Level Prayers Conference in Ibadan. The conference which held in the evening hours of Sunday March 6 at Jogor event centre, Ibadan has gone down as one of the most heavily attended gospel events to be held in Ibadan this year. Over 7,000 people were reported to have come in from different parts of the state to attend the conference. “The numbers beat our projections”, said a member of the organising team.

The hall was filled beyond its capacity such that the car parks and exterior parts of the premises were used to accommodate the swelling mammoth crowd. The conference began at 4pm, yet up till 7pm, more and more people were pressing for access into the premises just to have a glimpse of the conference and benefit from the sermon and prophecy of Pastor Bolaji Idowu.

At the conference, Pastor Bolaji, the convener, ministered healings and made firm declarations in his usual prophetic fashion and indeed the testimonies came through. Amongst several testimonies recorded were the healings of decades of arthritis, partial blindness, deafness, inflamed knee caps and pains. “I thank God for my healing and Pastor Bolaji for doing God’s work. For the first time in years, I can hear with both ears”, one of the testifiers said.

A woman who could not walk for over 10 years stood to her feet and walked without assistance. A young lady who had been experiencing excruciating pains on her wrist, testified that the pains had ceased. There was also a testimony of a man who could not walk properly because of a severe pain in his knee. That day, he moved around without feeling any sign of pains.

It was a futile attempt trying to count the number of joyous testifiers who received their miracles, however, over 500 instant testimonies were recorded. As they took turns to share their testimonies, shouts of amazement and excitement filled the premises and environs in gratitude to God.

Another high point of the conference was the music ministration of Big Bolaji, a prolific gospel music minister and mellifluous worship of the music team – The exalted tribe. As they raised songs of praise and worship, the crowd danced and gave glory to God. From the camera feed which displayed the scene in overflow, it was shown that the atmosphere outside was as electric as it was inside the hall.

It was an amazing night altogether. Pastor Bolaji shared that the next train of the Next Level Prayer conference will be moving to Ghana in April. Another iconic event to look forward to.