Tinubu at 69: Nigeria is Blessed With a Human Gift, Obasa Says 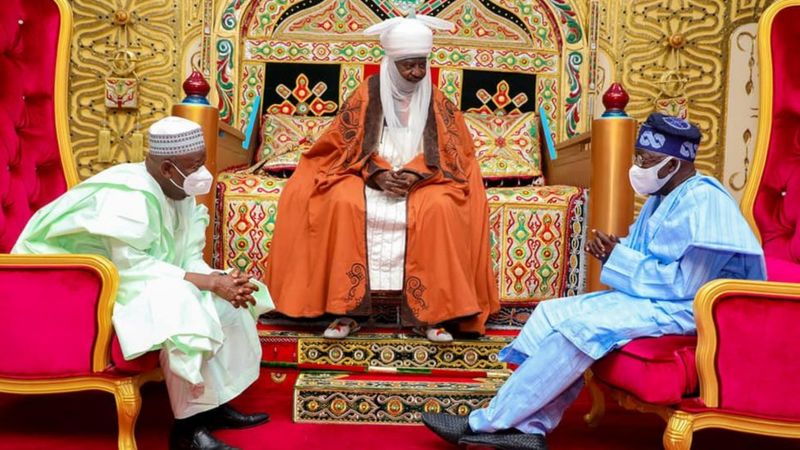 Political analysts in Nigeria have begun commenting on the birthday of Senator Ahmad Bola Tinubu, a leading figure in the ruling APC in Kano State, Nigeria.

This is the first time the festival has been held in a northern state, where it was previously held in Tinubu’s hometown of Lagos.

Prior to the meeting, Tinubu visited and inspected some of the activities of the Kano State Government, and met with the southern tribes living in Kano as well as some Islamic scholars.

Prior to his arrival in Kano, Tinubu visited Katsina State last week and even assisted traders affected by the fire at the state’s main market.

Leading politicians from the APC and incumbents from different parts of the country are expected to travel to Kano to attend the event.

However, President Muhammadu Buhari’s political adviser, Senator Babafemi Ojudu, posted on his Facebook page that bad weather had prevented many of the country’s leading figures from traveling to Kano.

He said: “Vice President Prof. Yemi Asinbajo, Secretary to the Government of the Federation Boss Mustapha, Speaker of the House of Representatives Femi Gbajabiamila and I will not be able to attend the meeting due to the unfavorable weather conditions in Kanon, why prevents flights. “

Mr. Kabiru Sufi, a political scientist at the CAS Preparatory College in Kano, is of the opinion that walnuts should be in soup.

He said: “It is traditionally celebrated in Lagos, but surprisingly this year it was brought to northern Nigeria and to Kano State. running for president under the ruling APC. “

Kabiru Sufi said critics of the move, who see the recent violence in the Yoruba region, said Tinubu did not say anything, as he was one of the most influential figures in the region.

“This shows that there is politics in the matter, and his choice of the north does not seem to be welcomed by the people of the north.

“But some see the importance of Kano State in the politics of northern Nigeria, since Tinubu chose it as the starting point for the 2023 political stage,” Sufi said.

Observers were not surprised by Tinubu’s invitation to Kano, given that even with the support of Governor Abdullahi Umar Ganduje, the success of the summit would not be ascertained. it was completed and what followed.

Kabiru Sufi said Tinubu’s visit to the northern states was part of the popular vote.

“This could be a benefit or a disadvantage for the APC, especially if the opposition parties are serious about it and make a profit, unlike what the APC is doing now. could be a handicap for her, ”said Kabiru Sufi.

“But if the early launch does not make the opposition parties aware of their plans, then the APC will win the by-elections and celebrate Bola Ahmad Tinubu’s birthday in Kano State.

What Nigerians that the fulfillment of Tinubu 69 years?

The theme was #Jagaban and #TinubuIsKey, and was used to congratulate him on his birthday.

Some criticized him, while others took advantage of the situation.

Most of the messages that people post on the site indicate that they hope he will run for president in 2023, and they welcome that.

On the other hand, there are those who are adamant that the youths should not vote on the issue of Tinubu’s candidacy in 2023, saying that the time has come for the youth to be given the opportunity to take over the reins of government.

Here is what some say:

@Okeydegeneral said: Nigerians do not know themselves! Last October during the #EndSARs protests, the whole issue was not about how the youth and their parties would dominate the 2023 elections.

“Five months later, we are talking about Bola leader Ahmed Tinubu, Atiku and others. We have not learned anything since 2015.”