Movie: 'Rubicon' Is The Latest Initiative Of Bayo Kakaki
Advertisement 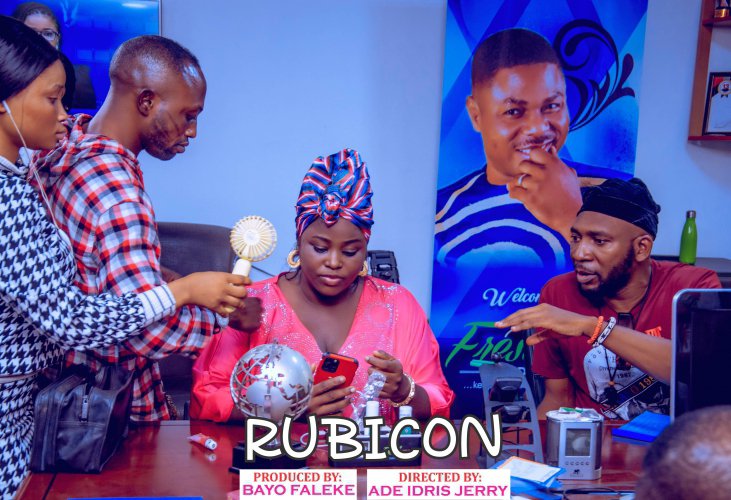 Ibadan, Oyo state, based and award winning popular On Air personality, Dr. Adebayo Faleke, otherwise as “Bayo KAKAKI” of Fresh 105.9 FM Ibadan, has made another exceptional exploration of the radio industry as he has successfully dragged many celebrities from far and near to his movie set in Ibadan

Adebayo Faleke who doubled as the main cast and the producer is no doubt living up to the billing as a multi talented communicator. As he only few years ago authored a book: Dilemmas of a Country.

Before then, he had launched National cake and Banana Republic, being audiovisual Records that Exposed the mismanagement of so-called leaders in Nigeria.

KAKAKI is a brilliant Yoruba newscaster and entertainer who has made tremendous impact in Ibadan radio industry and beyond.

The Director on set of Kakaki’s new work Rubicon, is Ade Idris Jerry, a fast growing Director with a good sense of interpreting scripts in a unique and different ways.

Rubicon is expected to hit the screens very soon.