My Very Close Contact With Late Pastor TB Joshua As A Reporter By Taofik Afolabi, Lagos Based Journalist
Advertisement 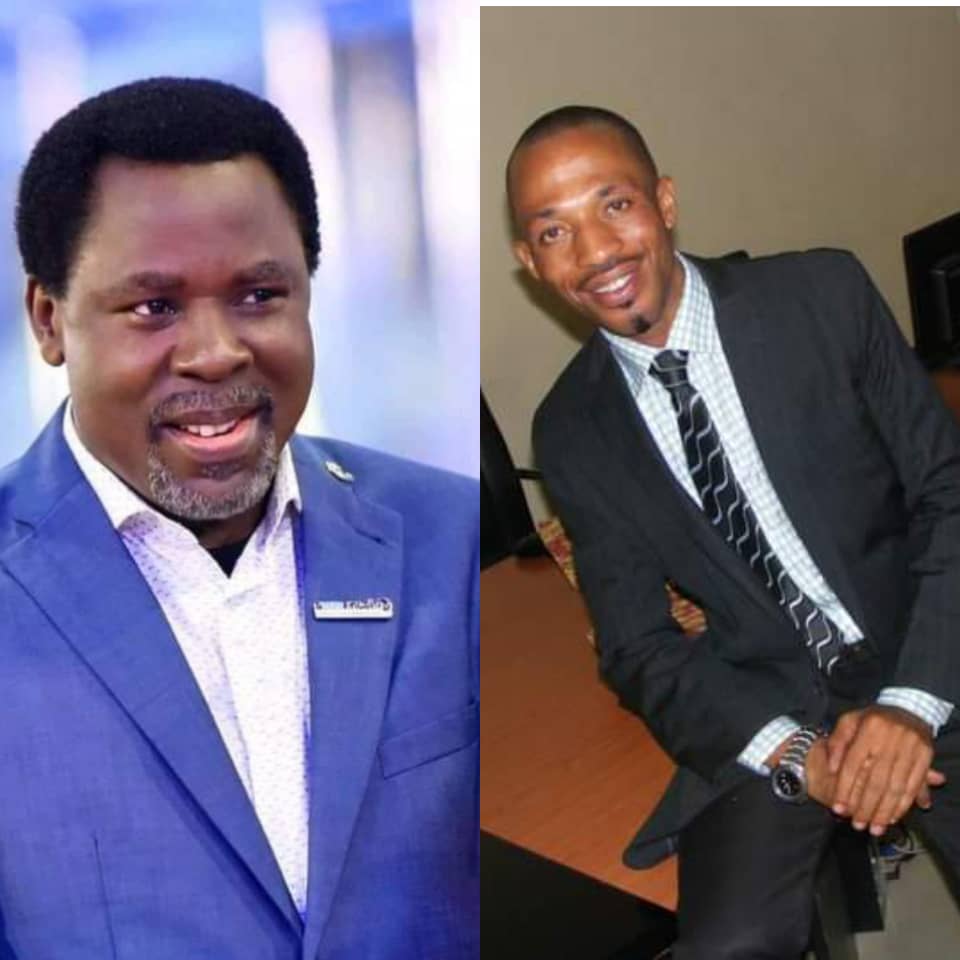 It was one Sunday evening when I was with the popular Yoruba Newspaper, based in Lagos as a curb reporter, I was very busy with a computer and buried myself with production task when my phone rang and I picked it immediately, it was a female voice and said ‘ Good evening, please, I want to tell you something about Pastor TB Joshua’, alas!, my words jumped into my mouth and said it within myself that these people who always called us to say negative thing about TB Joshua have started again.

Sincerely, I was not interested in writing negative story about the man, I did not just like to entertain the caller, but I don’t know how to shut her up, as I was ruminating about how to handle the caller, the woman continued her conversation and to my highest surprised, this woman began to say pleasant and favourable words about Pastor TB Joshua.

She narrated how the devoted man of God helped her family when they were facing strong spiritual and financial challenges. She described the late pastor as a God sent to her family.

I was a very happy to hear those palatable words from the woman,I quickly jotted down all what she said. Alas ! The next challenge was for me was how to persuade my editor who was outside the country to use the story, I was praying that she should not inscribe her regular inscription ‘ Not read on the story’. Once she put ‘ Not read on your story, please, don’t try further, that is the end of such story, no matter efforts you might have put to get it.

And my prayer was answered, she did not only approved the story, she equally directed that the story should be used in cover page, who says God does not answer prayer. The story was equally used very well in the inner page, it was one of my happiest days as reporter.

Not that I was expecting any financial benefit or gain from Pastor TB Joshua, but my heart just detested writing negative story about him, coupled with his philanthropy attitude that i have watched on TV, I was convinced that the man was not a bad person as it was portrayed by certain section of media.

The story hits the newspaper vendors on Tuesday and guess what, before afternoon I received a call from Pastor TB Joshua’s worker, the caller said man of God wanted to see me.

Firstly, I was flabbergasted on how he got my number and how he knew i was the writer of the story. I found my way to Synagogue church of nation around 6pm, before my arrival, the man of God have informed his people about my coming.

I was giving VVIP treatment and after an hour, I was ushered to a small office where I set my eyes on Pastor Temitope Balogun Joshua.

The bearded man of God received me with smile and he asked ‘Taofik, how did you manage to get my positive story written in your paper, your people at your place of work have never write something good about me, I don’t know how you managed to achieve this’. He asked me with smile and I replied, God sir and he repeated my word to me saying ‘God’, Taofik, that God Is wonderful, keep it up, the sky is not your limit.

He gave me some cool cash and he told me to always call him anytime. The last straw that broke the camel back was his last statement to me that day, he said ‘Taofik, I want to do Yoruba Newspaper, I want to sponsor you to do Yoruba Newspaper, go and bring your quotation, any amount, I’m ready’. I was afraid, paper ke, I managed to say ‘ yes sir, yes sir and I left and never get in touch with him again.

I did not grab the offer because of many things, firstly, I did not want to be a rival to my employer, secondly, I have not gathered enough experience to be a publisher and thirdly, I was advised not to have anything to do with Pastor Temitope, the people of this opinion believed that venturing in a partnership deal with him, he might converted me to christian, that was how the great opportunity of becoming a publisher at a very tender age eloped me.

Pastor Temitope Joshua is no more today, but the good things he did would forever be at the heart of many people. I read it that he has no house of his own in Lagos, the report said he was living in the church till his last moment.

Indeed his death is a colossal loss to Nigeria, Africa and world at large.

Rest on man with good heart.

Related Topics:TB Joshua
Up Next