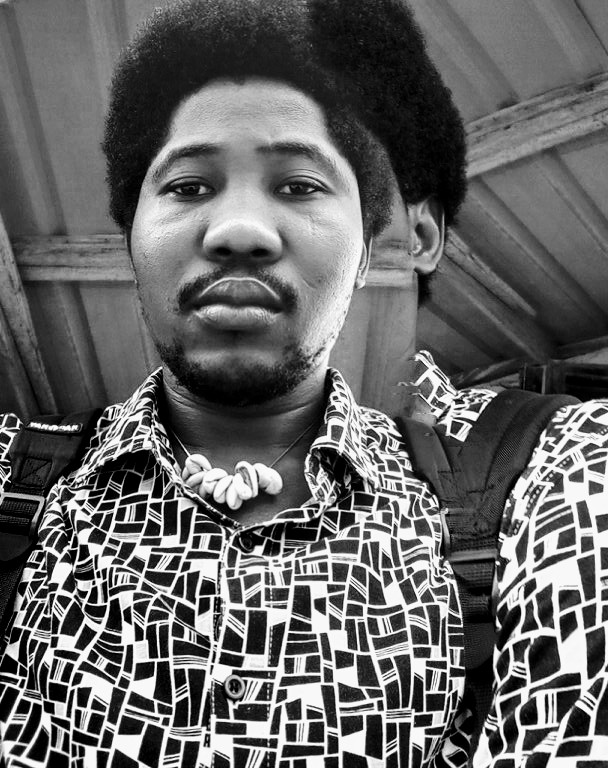 Passionate about activism and freedom fighting, Comrade Aghedo Kehinde Stephen has dedicated all his life to humanitarian works. After playing an integral part in several protest across the country which includes; the June 12, Endsars protest, 2012 Subsidy protest among others, his doggedness and tenacity has singled him out from the crowd and his peers.

Despite being a product of several arrests, police brutality assault and threats to life, he has never relented in his quest for an egalitarian society. The Edo State-born activist who loves upholding and fighting for the fundamental human right of every Nigerian believes in the power of the masses which serves as his source of inspiration and his muse.

In this interview, the father of two who is also an Agric-businessman and a real estate mogul, divulged the low times he faced in his 15 years of sojourn fighting against injustices being an activist and a freedom fighter among other salient political issues he spoke on. Excerpts

Who is Comrade Aghedo Kehinde Stephen?

I’m the last child from a family of 10, out of 7 surviving children now. I grew in Lagos-Island and my parents are from Edo state in Benin. My father was a civil servant before his demise and my mother is a trader.

In your sojourn as an activist, who were your mentors?

One of those who mentored me was Late Dr. Fredrick Fasheun, founder of the Oodua People’s Congress, he taught me many things I know today. During the 2012 subsidy protest, I was opportune to get close with former Afenifere Spokesperson; Comrade Yinka Odumakin, I also learned a lot from him. I was with Odumakin for years before I came in contact with Omoyele Sowore, who I am currently learning from now. Sowore gave me big leverage in activism. Those were the people who affected my life positively in the area of activism and human rights advocacy.

Since when have you been actively involved In activism??

I started activism over 15 years ago as a student. I played a pivotal role at the 2012 subsidy protest. I teamed up with many people and we fought against the Goodluck Jonathan’s Administration hike over the removal of fuel subsidy which led to the increase in fuel price.

Why did you choose activism as a path to thread?

Activism is not a choice for me, it’s a calling. Activism is risk and I am ready to bear every risk that comes with fighting for human rights. It’s in-born, for me and I am so passionate about it.

Many are of the opinion that activists are working elements of politicians how true is this claim?

In every disciple, there must be a Judas; in every family, there is likely a black ship. There are traitors everywhere even in activism. Politicians will find a way to lure you into believing in their evil agenda. I can categorically say that no politician can use me as an element of destruction. I stand by what I believe in. I do not doubt that many who claim to be activists are not working for politicians but I am different.

Are you scared of being arrested?

I am never scared of arrest from any security personnel or operatives. I now have a thick skin for stuff like that. Activism is a calling for me. It’s flowing in my veins. I have faced several brutality and threat to life but I remain unperturbed. If I see any situation that does not favour my people, I will come out and agitate against it. An arrest does not get to me. I am a prophet anointed to deliver the masses from the oppressor. You call for a protest today; you will see me at the forefront.

Activists like you are endangered species how do you walk around without fear of the unknown?

There are so many issues I have encountered. I have been castigated by lots of people who ask why am I too frequent when it comes to protest. They forget that when you are passionate about something you will be ready to take every risk. Our problem in Nigeria is fear. I am not scared of anything and I only fear God. I just put everything behind me and follow my heart. We are endangered species but we can die for a good cause.

At the June 12 Buhari Must Go protest, despite warnings from the police that no protest should hold in Lagos, you all came out, why did you go out despite the tight presence of security forces?

There is a lot of risk in activism. I have been harassed by hoodlums and the likes. At the last June 12 protest. The head of Team Lagos, with the nickname Zulu Adebayo Adeyinka; S.A Youth and Sports encouraged hoodlums to attack peaceful protesters. I never allowed that to bring me down. Walking on the street to get appreciation from well-meaning Nigerians is enough to get me going. We are also fighting for the right of that security personnel. They need a better welfare package so they can discharge their duties wholeheartedly. I have been harassed severally but I will never back down regardless of the threat.

How many times have you been arrested?

I have been arrested several times. Sometimes the media will not even be aware that I was whisked away. I have a reoccurring name in the archives of the Lagos state police command due to frequent arrest relating to protest and activism. I have been arrested and detained severally. The one that remained prominent was the #OccupyLekki toll gate at last year’s #Endsars protest, February 2021. I was arrested and taken to Adeniji Adele Central police station where I was brutalized and beaten. I was cuffed and stripped naked as several policemen took turns to beat me. I was later transferred to the state CID Panti when my lawyer Barr. Femi Falana SAN, Barr Adeshina Ogunlana came for my bail. I was simply arrested for going against the wish of the government. They saw me as a threat. They felt I was going against their illegal rules. They want us to keep mute and not challenge their excesses. it’s a democracy we have the right to complain.

Talking of the #Endsars protest, you were active, how did the journey start?

I played an active role at the subsidy protest, as at then, I was very young. I was given a template by late Yinka Odumakin, who advised me to start my protest from my rural area by telling people to move against the removal of subsidy. I worked on the template and I also welcomed dignities and also served as a member of the logistics committee. I also played a part in the End sars protest which started originally in 2017 by Omoyele Sowore at Gani Fawhemi Park. We agitated for the ending of Sars you can quote me anywhere that Sowore started it before it became a movement in 2020. In 2017 at the protest, Femi Adeyeye was arrested. The matter died with the stopping of the protest but still continued on Twitter after 2017. I came into Endsars agitation in 2020 again at Alausa, Ikeja, where everything was peaceful. I alongside Kunle Ajayi, Adewunmi Ade, Profficience, Rinu Oduala, Tope Majekodunmi and the rest before the protest abruptly came to an end. After that, the government became hostile to us. We came out again on June 12 to protest against bad governance amidst other issues. The day was supposed to be for celebration but we came out to agitate against bad governance.  They attacked us with street urchins and members of the transport union which made many protesters retreat. I also protested alongside actor Yomi Fabiyi against the unwarranted detention of actor Baba Ijesha. I was involved because Baba Ijesha deserved to be bailed. I am not in any way in support of the act but as a Nigerian, he deserved to be bailed. The Lagos state C.P disclosed that his offense is a bailable one but he was still detained. I visited Baba Ijesha and interrogated him in detention and found out that he was just oppressed. I don’t know him before but I had to join hands with Yomi Fabiyi so he could be released. Our agitation was not to avert judgment; if found guilty but we only protested for his bail. If the court finds him guilty of the said offense, he should face the music. Human rights must not be trampled on in Nigeria. You don’t detain someone who should be granted bail. I say no to rape, child molestation and the rest. If he is found guilty, I will escort him to the jail gate.

Would you say our fundamental human right is being honored in Nigeria?

The fundamental human right has never been honored ever since Nigeria came into existence. No Government has honored that part of the law. We Africans do not believe in human rights. In Nigeria, it’s nothing to write home about. Go to the prison you will see how they are violating that right constantly. We are suffering in Nigeria. El’ Zakazay and his wife have been in detention for years without release this is a breach of their fundamental human right so in Nigeria we don’t honour it.

What’s your take on the agitation on restructuring and the country breaking into the parts??

I believe in restructuring. I will champion a protest on restructuring across the country and all state assembly. Let’s restructure. Let us return to true federalism. Let us revert to what we used to have in the past. I don’t want Nigeria to break up we are better as one. The unity of this country is oxygen to all African countries. Let us all go and manage our resources for the betterment of our lives. Breaking up will wreak more havoc. Let not breakup cause no country will break up without bloodshed. Restructuring is the best. We have inter-ethnic and intra-ethnic marriages. The Buhari’s Government promised to restructure they should fulfill their promise. The Confab in 2014 should be incorporated. I respect Chief Sunday Igboho but I don’t buy his breakup and secession plans. This government needs to step up on the oath they swore while taking office.

What’s your take on the 2023 election; do you think Nigeria will still remain as one?

Nigeria would still exist devoid of war. Next year, things will fall in place as usual. No big deal in 2023. Nigeria is like the scrotum of a ram it can’t cut but will on keep dangling. Things will normalize and politicians will cross the carpet from one party to the other. The election will takeoff and a new President will emerge. Heaven will not fall

Related Topics:Aghedo Kehinde Stephen
Up Next

IBEDC Dissociates Itself From the Sale of Unistar Meters After 2014, Warns Customers to Beware of Fraudsters