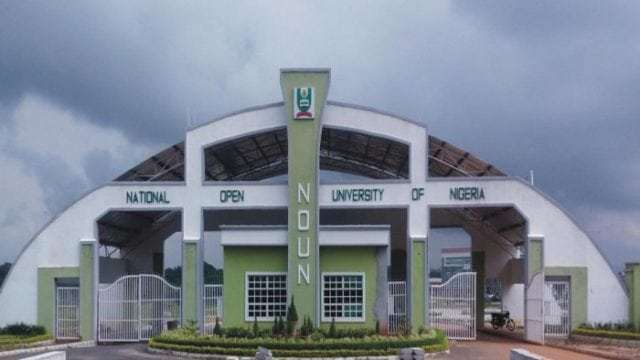 Law graduates of the National Open University of Nigeria (NOUN) have rejected in totality the excuses given for delaying their admission into the Nigerian Law School for vocational training 6 months after President Muhammadu Buhari gave assent to NOUN (Amendment) Act.

The presidential assent was given to remedy the claimed irregularities in the NOUN Act as pointed out during a Public Hearing by the Senate Committee on Public Petitions.

This was contained in a communiqué to Buhari by the aggrieved students under the umbrella of Law Graduates Forum, NOUN which was signed by its chairman, Carl Umegboro and secretary, Ado Garuba on Friday in Abuja.

The reactions came after a ‘reliable source’ from the Nigerian Law School alleged that the protracted crisis needed more time to resolve without a definite time frame for admission quota for NOUN graduates.

The communiqué reads in part:

“Your Excellency, Sir, may we inform you that despite your applauded assent to the NOUN (Amendment) Act on 7 December, 2018 to remedy the claimed irregularity in the NOUN Act hindering its law students from admission for vocational training, we are helplessly, still roaming the streets after 6 months without any indication to practically resolve the issues.

“Your Excellency, Sir, may we also inform you that despite the fact that admission of thousands of NOUN law graduates are pending for no justifiable reasons 6 months after Your Excellency’s presidential intervention through assent to NOUN (Amendment) Act, the Council of Legal Education is currently advertising for admission-applications for law graduates from foreign universities while Nigerian citizens that studied in a federal government’s accredited institution are roaming the streets since 2013, and being subjected to depression.

“The recent excuses as reported by News Agency of Nigeria (NAN) on June 9, 2019: “We are working on it and trying hard to resolve the issue. It was a problem that has long lingered so we need time to get things done right”, is indeed unfortunate, prejudicial and unacceptable. Such statements coming 6 months after presidential assent and gazette to resolve a matter which has lingered for almost 6 years is clearly a premeditated delay tactics.

“We have unalloyed confidence in your sense of justice, fairness and honesty, and therefore look forward to your further intervention particularly for a stakeholders meeting without further delays as we have been subjected to sundry and unbearable hardships for no just cause. And we will have no other option than to embark on mass protests if the premeditated delay continues.”

Umegboro appealed to Buhari to intervene urgently, stating that their utmost confidence was in God and also that the powerless could not be emasculated under Buhari’s watch as the leader of the country.

He said that this consciousness had kept them from not reacting negatively as many students would do under such circumstances and provocations since his assumption of office in 2015.

Eti-Osa Residents Cry to Sanwo-Olu for Help Over Flood