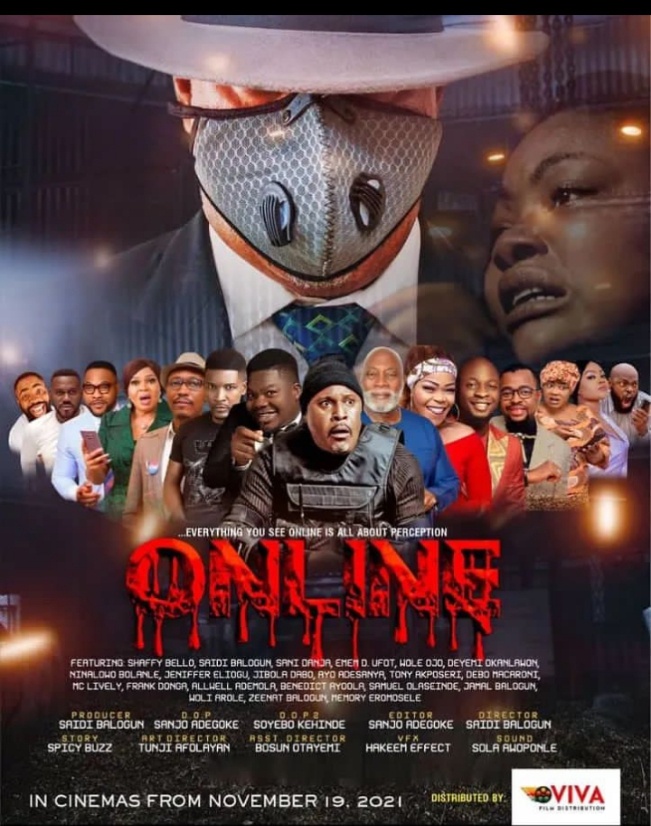 A suspense full Movie from the stable of Saidi Balogun Productions also known as African James bond is set to hit the screens from November 19th 2021.

The blocknuster movie titled ONLINE will be premiere on 14th November while it will appear in cinemas across Nigeria from 19th of November.

ONLINE (Movie) is a psychological thriller of an online predator whose mental state is debatable.

ONLINE (Movie) is a ITEC with an unusual story line with a lot of suspense and full of technicalities.

The Africa James bond has also produced a number of great movies in the past like Eti Keta, Omo Alhaja, You or I, Gbogbo Re and Modupemi to mention few.

He is the one and only African Actor to produce the first 2 cast movie in the world and He also produces an all white cast movie with him alone as the Black African man.

The movie ONLiNe was shot few months ago with state of the earth equipment, with a wonderful crew and cast which include: