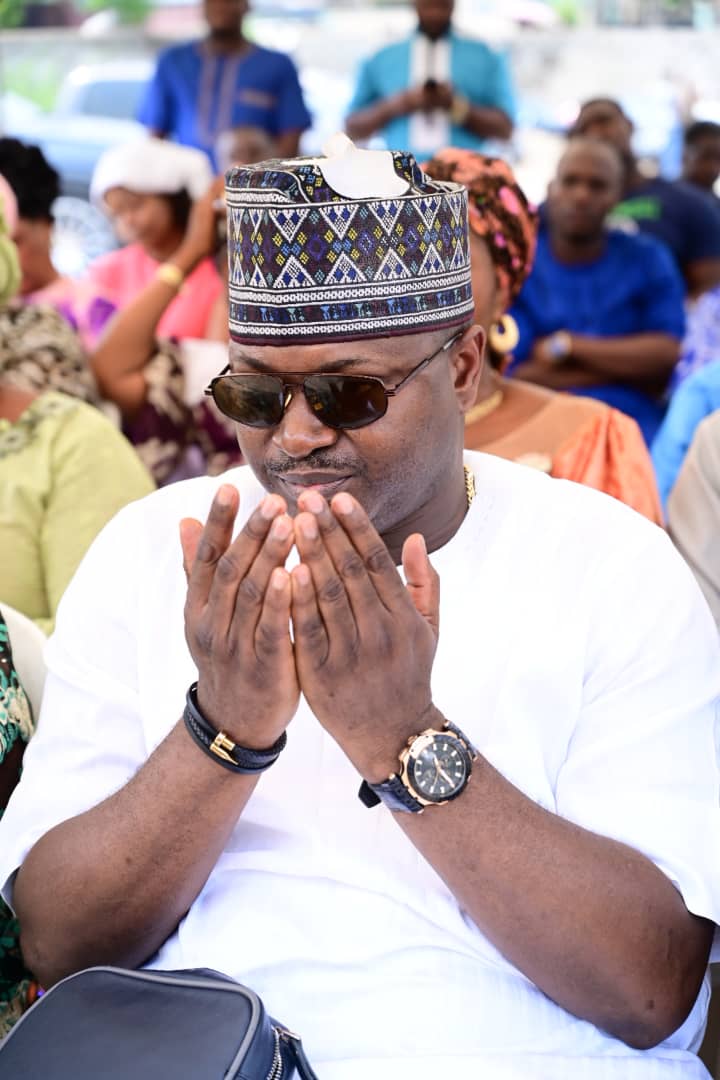 The executive chairman of Oshodi-Isolo local government, Otunba Kehinde Almaroof Oloyede, has joined other members of the Almooruf/Oloyede families in remembering their beloved mother, Late Hon. Taiwo Almooruf, one year after her demise.

It should be recalled that late Hon Taiwo Almooruf Oloyede, was the former Iyaloja -General of Oshodi market and also the first female councillor representing Oshodi in the old Mushin local government, she passed away exactly a year ago and was buried same day in line with Islamic rites.

During the one-year remembrance prayer, the Islamic cleric that anchored the program extolled the philanthropic and good gestures of the deceased noting that during her lifetime, she assisted many people too numerous to count. The cleric disclosed that even he was a beneficiary of the kind gesture of the late Iyaloja-General. He prayed for the repose of her soul and that may she continues to rest in peace.

The children of the deceased and other members of the family equally prayed for the soul of their beloved mother and the continued progress of their families. The executive chairman of Oshodi-Isolo, who is also a son of the late Iyaloja general disclosed that he will continue to maintain the good legacies of their mother by embarking on humane programs that will positively impact the lives of the people.

Attendees at the prayer session include Vice Chairman of the local Council, Hon. Modupe Badmus-Aregbe, Councillors, members of Anularigba group and other well wishers.